Creating something new is a hard task, and that can be made even harder when you consider the weight of history.

Back in June this year, Square Enix and Eidos Montreal revealed to the world Marvel's Guardians of the Galaxy, a single-player focused, third-person action-adventure that is about a wacky bunch of misfits coming together to become legends.

With the Marvel Cinematic Universe already setting the bar when it comes to the likes of Star-Lord, Drax, Gamora, Rocket, and Groot, the odds are definitely stacked against their videogame counterparts.

With considerably less star power and the baggage of expectations, how would the team fare against such odds?

Thankfully, we did not have to speculate further, as a recent hands-on preview allowed us to get up close and personal with Marvel's Guardians of the Galaxy.

If you are looking for a game that values relationships and fleshing out these iterations of beloved characters, then you should be excited come Oct 26.

Taking charge of the team about four hours into the game, it is clear that conflict is part and parcel of the dynamic.

Star-Lord and Rocket are definitely not on the same page, while Groot, Gamora, and Drax have their own stuff to deal with.

A common theme that will run through the game is the management of such relationships, whether you address problems in ways you want or choosing to placate the others can affect how your game pans out.

A secret conversation with Rocket can pop up if you play your cards right, and through it all, players will have the opportunity to get to know the Guardians on a deeper level, whether it be through their interactions, their perspectives on things, and of course, collectables and keepsakes.

This is particularly apparent in this version of the Milano, the ship that the Guardians call home.

Environmental storytelling is abundant, with interesting items to find and see that help flesh these characters out in more ways than one.

Exploring also gives you the chance to learn more comic lore about this universe. All of these parts help to distinguish Eidos Montreal's take on the Guardians, which can make a world of difference.

Giving players the time and space to invest as much as they want in these characters is probably the best way of giving Marvel's Guardians of the Galaxy room to breathe.

While the ideal scenario will see players come in with an open mind, comparisons will be made regardless, and presenting reasons to relate to and develop an attachment to this particular crew will help smooth things over.

Taking in the sights and making dialogue choices figured quite heavily throughout the demo, even beyond these relatively peaceful moments to your time out in the field.

The preview brought us to The Rock, a Nova Corp base, where the Guardians are trying to pay off a fine. It does not take long for them to figure out something is wrong when the station is eerily empty.

Being good at what you do

Presenting a different kind of gameplay experience, there is more emphasis on exploring and detective work here, allowing Marvel's Guardians of the Galaxy to give players avenues in which to count on their teammates.

Finding the way forward and having the team members do their part is all part of moulding the Guardians of the Galaxyinto a cohesive unit.

Stumbling upon a Nova Corp helmet, the game presents a choice of either staying silent or trying to communicate with unknown voices.

Such choices matter, and the development team promised that more of such instances will be peppered throughout the game.

Making yourself known will trigger a much more immediate encounter with brainwashed members of the space police, while staying silent buys you more time to explore and get the drop on them.

If you did not already know, the Universal Church of Truth is a big part of Marvel's Guardians of the Galaxy, and their fingerprints are obviously all over The Rock.

With non-believers executed by those following the teachings of a yet unknown being, it is clear that our heroes have to do some housecleaning.

With a team of five, combat in Marvel's Guardians of the Galaxy is predictably chaotic, and unfortunately, it can be quite hard to enjoy, at least based on what we have experienced.

Taking control of Star-Lord is simple enough, he can fire off regular and elemental shots, or use melee attacks to even the odds. Special abilities can also be executed for more flashy, damaging moves.

At any given time, you can hold the left bumper to unleash abilities from the rest of the team, each designed to fulfil a particular function.

Drax is great at causing stagger damage, while Rocket provides area-of-effect damage. Groot can bind enemies in place or provide defensive cover, while Gamora does the most health damage.

By combining all of their specialities at the right time for the right foes, your chances of winning will improve.

That is, if you can have a good view of what is going on during fights. There will always likely be multiple enemies, each bringing their own tricks to the fight. 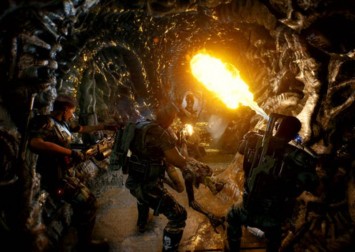 The Grenadiers, for example, have shields that prevent damage and throw out shocking and debilitating grenades. Add to that multiple grunts and Star-Lord will always need to be on the move to not get overwhelmed.

Between shooting, melee attacks, abilities, and your teammate abilities, the combat in Marvel's Guardians of the Galaxy is definitely not a straightforward affair.

There are also instances to play off the environments, such as having Drax throw an explosive barrel, and you will have plenty of options but little time to take it all in.

It remains to be seen if this will become a recurring problem throughout the game.

What is interesting about the combat is the idea of Momentum. Similar to the Style rating for Devil May Cry, the more engaged you are in combat, the more the Momentum meter builds.

This allows for context-specific attacks to be pulled off more frequently, together with team moves that look great and does a ton of damage.

The eventual rating also provides bonus XP at the end of encounters, which is another reason why you want to do well if you want to unlock new abilities.

Then there is the Huddle mechanic, which is a bewildering thing to witness. Throughout combat, a separate Huddle meter can be filled up.

Activating it will bring the Guardians together, with Star-Lord providing a pep talk based on how the rest of the team is feeling.

Keywords will float up in the background, while the crew chimes in with their thoughts, if they are feeling too confident, you will need to bring them down a peg, and the opposite applies too.

Choose the correct option and the whole team gets boosts to their combat abilities and cooldowns, stumble, and only Star-Lord gets the boost.

It is ridiculous in every sense of the word, but it kind of fits in with the whole Marvel's Guardians of the Galaxy feel. Just like the general combat, how this mechanic will fare throughout the entire game is still up for debate as well.

On the visual and audio fronts, Eidos Montreal has certainly done a great job despite some of the more fancy bells and whistles missing from the preview build.

The characters look great, with environments up to par with the standards set by the new generation of consoles and games. They may not look the same as the MCU heroes, but these Guardians are definitely lookers. 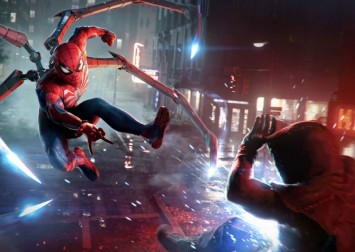 The music is also quite on point, and the fact that the team has created an actual album for the game by the fictional band, Star-Lord, which also serves as the inspiration for Peter Quill's superhero moniker, is simply amazing.

Together with the licensed music, you are going to be bopping your head with the tunes more often than not.

Marvel's Guardians of the Galaxy was always going to have a hill to climb coming off the back of a successful and still ongoing movie franchise counterpart.

How Eidos Montreal ultimately separates the conversations about the two will be vital to how this game will fare.

Judging from our time spent, the team itself and their dynamics are on the right path, however, the action sequences could do with a little more tweaking to let it shine.

Either way, we will have a clearer idea once Marvel's Guardians of the Galaxy launches on Oct 26.