A software engineer managed to open up Nvidia's GeForce Now app and found a huge list of PC games - including console exclusives that haven't been ported to PC, like God of War and Halo 5: Guardians, and unannounced games like Kingdom Hearts 4 and the next Bioshock game.

Developer Ighor July found this list of games and shared it on Medium, and SteamDB creator Pavel Djundik has published a version of it to GitHub - should you wish to peruse it yourself.

The list ranges from mildly shocking entries - like God of War (2018) coming to Steam on PC - to a veritable gamer's wishlist of unannounced projects like Gears 6, a Chrono Cross remaster, Dragon's Dogma 2, Tekken 8, Wolfenstein 3, Deus Ex 5, Crysis 4 and more.

According to The Verge, Nvidia has confirmed the list's legitimacy, with the caveat that it is, "used only for internal tracking and testing," and that the list includes, "speculative titles."

Hence, not all the games on the list are guaranteed to exist at this point. 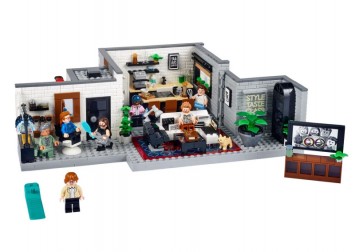 Long-cancelled games like Xbox's Scalebound are included, indicating that other titles might just be in early production, if they're still being made at all.

Still, there's some interesting stuff in there.

God of War is specifically mentioned with a Steam release, making its PC release more legitimate.

As with all leaks, do take this one with a grain of salt.