Marketing for Sony and Microsoft's next-generation consoles seems to be operating on a 'whenever we feel like it' schedule.

Late last night, Microsoft dropped more juicy details on their next-generation console - the Xbox Series X. Head of Xbox Phil Spencer went into detail on a bunch of different features the console will showcase, as well as its specifications.

The main takeaway here is that it's an absolute beast of a gaming console, incorporating top-of-the-line technology and boasting some very consumer-friendly features.

The Xbox Series X will host a next generation custom designed processor, which is based on AMD's Zen 2 and RDNA 2 architectures.

According to Spencer, it will deliver four times the processing power of an Xbox One, while also allowing the console to operate with 12 teraflops of GPU - which is eight times over the original Xbox One's teraflop count. That would be double the amount of Microsoft's currently most powerful console - the Xbox One X.

All this really means is that we'll get another generational leap in how pretty games look, as well as higher framerates (which is great for multiplayer games) and more complicated game environments. To support this, Spencer also made note of the console's new variable rate shading, saying:

"Our patented form of VRS empowers developers to more efficiently utilise the full power of the Xbox Series X. Rather than spending GPU cycles uniformly to every single pixel on the screen, they can prioritise individual effects on specific game characters or important environmental objects. This technique results in more stable framerates and higher resolution, with no impact on the final image quality."

Of course, it's not a next-generation console without raytracing. The Xbox Series X will support hardware-accelerated DirectX raytracing, allowing for a deeper sense of realism during gameplay.

In-game shadows and lighting will look much, much more true-to-life with this feature, and many PC games have already begun incorporating it into gameplay.

Long loading times might also become a thing of the past with the Xbox Series X. The console will use a next-generation SSD instead of the HDDs this generation's consoles use. SSD's allow for much faster loading times, as well as more dynamic worlds.

Read Also
Microsoft said to be working on a second, cheaper and less powerful Xbox console 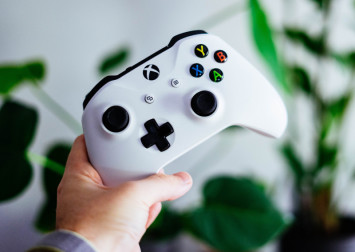 Interestingly, the console will also have a new Quick Resume feature - which allows you to continue multiple games from a suspended state near-instantly, without having to suffer long loading times.

That means you could switch from playing Resident Evil 3 to Halo Infinite at the drop of a hat, instead of closing one game and booting the other up.

Multiplayer gamers aren't left out, either. Dynamic latency input will allow for more precise and immersive controls, and HDMI 2.1 innovations will minimise lag during gameplay, and allow for a smoother experience overall.

Instead of the usual 30 to 60 fps console players are used to, the Xbox Series X will support up to 120 fps - though it's up to developers to provide support for high framerates in their games.

"Your favourite games, including titles in Xbox Game Pass, benefit from steadier framerates, faster load times and improved resolution and visual fidelity - all with no developer work required. Your Xbox One gaming accessories also come forward with you."

The new console will also have a very interesting feature Microsoft calls 'Smart Delivery'. This allows players to only have to buy a game once to own that game on multiple generations of consoles.

Worried about buying Halo Infinite for the Xbox One, and then having to buy it again for the Xbox Series X? That's not a thing anymore. All you have to do is buy a game once, to play the best version of it on whichever console you own. Spencer states:

"We're making the commitment to use Smart Delivery on all our exclusive Xbox Game Studios titles, including Halo Infinite, ensuring you only have to purchase a title once in order to play the best available version for whichever Xbox console they choose to play on. This technology is available for all developers and publishers, and they can choose to use it for titles that will be released on Xbox One first and come to the Xbox Series X later."

WHY IS SMART DELIVERY SO COOL?

This is a really interesting change, but Spencer made a point of saying that it's entirely up to developers to make use of the feature. Developers like Rockstar Games make bank on re-releasing their games on multiple platforms and console generations, so it's doubtful that they co-operate with Microsoft's new feature.

We get games for free - but they end up losing a lot of money in the process, after all. GTA V was the 5th highest selling game of January 2020 for example, and that game came out in 2013!

Some developers are voicing their support for this feature, however. The Cyberpunk 2077 developers took to Twitter to say, "Gamers should never be forced to purchase the same game twice or pay for upgrades." They also stated that anyone who owns Cyberpunk 2077 on the Xbox One will receive it for free on the Xbox Series X as well.

Gamers should never be forced to purchase the same game twice or pay for upgrades. Owners of #Cyberpunk2077 for Xbox One will receive the Xbox Series X upgrade for free when available. https://t.co/nfkfFLj85w

There's a lot to digest here, but almost all of it is consumer-friendly to a tee. While Smart Delivery (AKA cross-buying) is a particularly novel feature, the sheer power of the Xbox Series X is tantalising on its own.

Microsoft has revealed the look of the Xbox Series X, its features and its launch games, but Sony has been rather quiet on the PlayStation 5 comparatively.

When could we see a full PlayStation 5 reveal?