Call of Duty is a yearly tradition for fans at this point, but before the arrival of Modern Warfare 2 on Oct 28, a series of leaks have given fans a glimpse of what to expect.

Twitter user @RealiityUser, who has had their account suspended at the time of writing, shared the images online over the weekend, posting a full thread of what seem to be loading screens from the Warzone Mobile test files.

If true, these hint at the possible additions of new multiplayer maps such as a Grand Prix, an oil field, and a museum, alongside others called Codename: SABA, and Hydro (via ResetEra).

The Grand Prix, in particular is of interest - the banner, which reads "Marina Bay," is a clear reference to the Marina Bay Street Circuit located at the F1 Pit Building, and makes for a nice little Easter egg for fans in Singapore.

Joining the Modern Warfare 2 visuals are two leaked screenshots from Call of Duty 2024, one of which seem to suggest a 1990s setting. 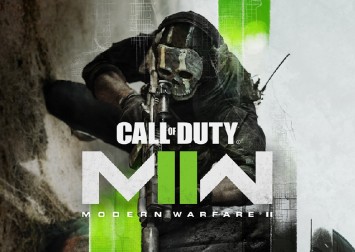 The one titled Pillage shows a dilapidated building with a huge hole in the wall, while Stealth features flames, a toppled US flag, and the F-117 planes that were used in the Gulf War.

"Unfortunately, not every map has a loading screen at this time. So, I will post them when they get added," the Twitter user explained before the suspension of his account. "There's still more to come though, just not as much as expected."

While some of these maps are pretty cool-looking, it'd be good to take them with a pinch of salt until official images are released. Modern Warfare 2 is slated to release on Oct 28, but Treyarch's Call of Duty 2024 has no launch date just yet.

It should also be noted that the latter game is a break from the yearly release schedule, as the franchise will be skipping its 2023 window.