Online shopping sites can sometimes feature some of the weirdest products around — from pillows that look like grilled pig trotters to portable tubes for toddlers to piss in.

But at least for those, what you see is indeed what you get. One listing on Shopee Singapore however, raised a significant level of doubt: an adhesive wall hook that’s apparently strong enough to withstand the full weight of an adult man pulling on it.

Going for just 13 cents each (the price before discount is apparently $13), one Shopee vendor promises to offer “Money back on fall-off”. Which is a pretty bold claim to make and a sign of total confidence that the Magic Hook Kitchen Without Nails Transparent Strong Sticky Heavy Hanging Adhesive Wall Seamless will never, ever be able to fall off the wall.

It’s hard to imagine how strange and hilarious the listing is, so here’s a picture of it instead. That’s one really strong wall hook.

The listing first surfaced on HardwareZone Forum on Wednesday (Sept 16), resulting in a lot of laughs and parodic plaudits for how the simple, nondescript wall hook had been marketed.

Others pointed out that a simple rotation of the picture would show how the feat had been possible — so it goes without saying that you should absolutely not try to pull this off at home.

Also, note how that little strand sticking out of his pocket doesn't point downwards in the picture's original orientation. 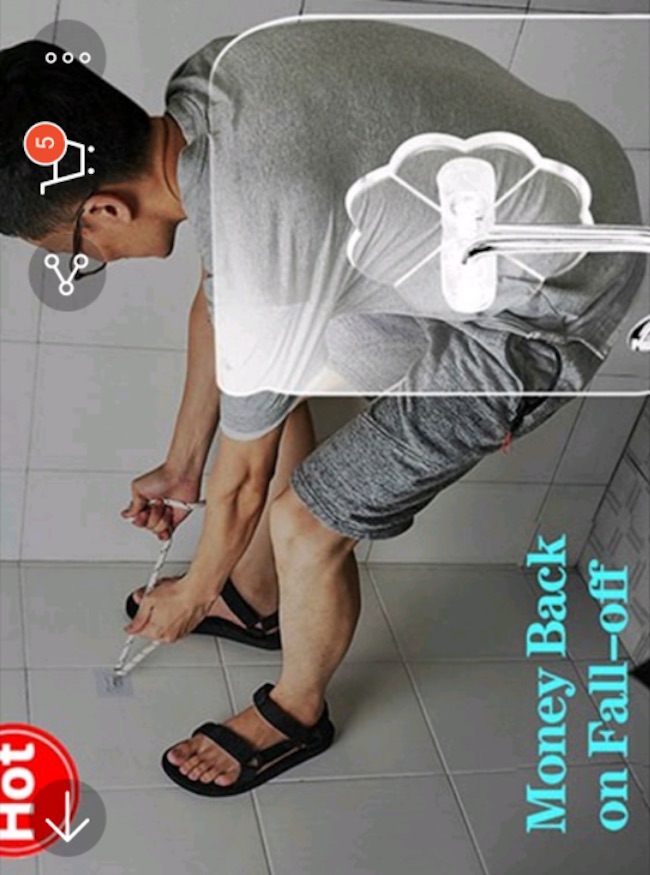 Surprisingly, the people who’ve bought them before mentioned that it genuinely is a pretty strong hook — though they can’t vouch if it is able to break the laws of gravity. 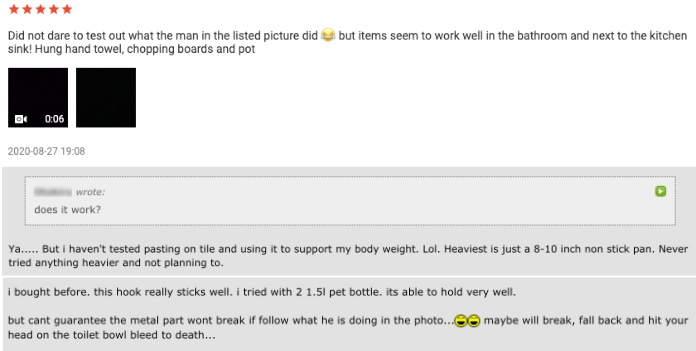