Soon after that, her company implemented a work-from-home arrangement due to the coronavirus outbreak. She has also been reluctant to go out to avoid the risks of being in crowds. Her new gaming purchase suddenly became a much-needed distraction.

Staying at home all the time makes her feel like "a large chunk of our time has been returned to us".

"It almost feels like I don't know what to do with it. Gaming makes me feel like I am doing something. It is also a nice way to spend time with yourself," says Ms Lee.

Ms Mimi Haney, a contract manager at a co-living space company, has also been spending more time gaming since the outbreak. She has been staying home more as she is worried about the situation.

She says gaming has helped her in different ways.

"Other than lowering my risk of catching the coronavirus, I get to spend time with my family... this is the perfect time to share our hobby," she adds, referring to her husband, who is also a gamer.

She also uses the chat app in the games to keep in contact with her cousins in Kuala Lumpur. "During our gaming sessions, we create a channel to talk to one another. We often check on how one another is doing, get an update and catch up, since we are not able to see one another any time soon," she says.

With the pandemic showing no signs of abating, and with more restrictions on outdoor gatherings, many people here are opting to stay home and play games to kill time. As a result, sales of games and game accessories have soared.

Local game retailer Qisahn, which has a shop in Far East Shopping Centre, says sales grew by around 30 per cent last month, compared with the same month last year. This is despite the prices of some games going up.

Qisahn owner Soon Qishan says: "Quite a number of customers told us they have decided to buy games and stay home to play due to the Covid-19 outbreak."

He adds that the Switch and exercising game Ring Fit Adventure were bestsellers for Qisahn last month. "Switch console prices are up by 20 per cent and Ring Fit Adventure has doubled in price since the start of Covid-19, but sales continue to be strong. 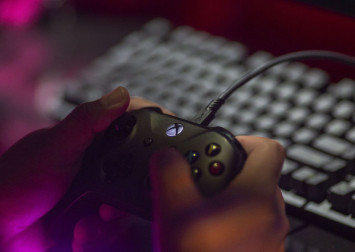 "Even if Singapore recovers quickly, big events will take a while to resume. Overseas travel will also not be an immediate entertainment option. Gaming will still be the choice source of entertainment for a while longer," he says.

Consumer marketplace Carousell is seeing a 25 per cent increase in searches for gaming items, with the Switch being especially popular.

Ms Liyana Soh, its head of regional marketing, says the number of transactions in the Toys & Games category went up by more than 400 in the week of March 23 compared with the week of Feb 17. This is the biggest increase seen among Carousell's categories in the last month.

"We do see this trend persisting, especially with more social-distancing measures being introduced and more offices implementing fully work-from-home policies," she adds.

Online retailer Lazada saw an "unusually huge rise in the sales of games" in Singapore last month. In particular, sales of console games and gaming chairs jumped by 200 per cent and 130 per cent respectively, from the period of Feb 23 to March 7 to the following two-week period.

Lazada Singapore chief executive James Chang says: "Comparing sales figures for gaming-related items (between March 8 and 21) and the preceding two weeks, we observed a 90 per cent surge in gaming items."

"In an effort to stem the spread of Covid-19, consumers may turn to video games as a form of home entertainment or to pass time during this period of self-isolation," says Mr Chang.

This trend is also happening across the world. 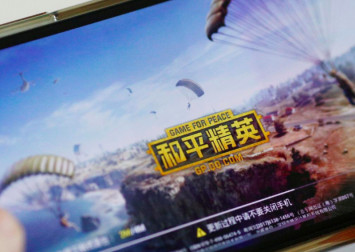 Last month, Steam servers saw more than 20 million users online at the same time within a 24-hour period (from March 14 to 15) - a first for the online game retailer.

A Microsoft spokesman told The Straits Times: "These are unprecedented times and we are taking proactive steps to plan for these high-usage periods."

Mr Tan Min Liang, chief executive of gaming hardware maker Razer, tweeted last week that "demand for our products has been through the roof, with everyone staying home".

Ms Sahiba Puri, senior analyst at research firm Euromonitor International, says: "As people spend more time indoors, there has been a rise in online gaming and streaming. Sites such as Twitch (a video streaming service many gamers use) and Steam have seen a spike in viewership and number of players respectively."

For sales manager Edwin Tan, 46, "gaming sort of makes things feel normal in the midst of the Covid-19 situation".

"I am still able to interact, catch up and do fun stuff with friends, all from the comfort of my home. Being indoors doesn't feel that depressing when there is something fun and meaningful (like gaming) to do," he says.