In what seems like an inevitable move, Netflix is rolling out video games based on a couple of its most-hyped shows.

The age of Netflix games begins with two Stranger Things titles — a full-fledged adventure game for PC, Mac, consoles (including Switch), and mobile — as well as a location-based RPG/puzzle mobile game. There’s also the upcoming The Dark Crystal: Age of Resistance Tactics game, which first appeared on Nintendo’s E3 stream.

In addition to all of that, Fortnite teased an upcoming Stranger Things collaboration a few weeks ago, when the Scoops Ahoy ice-cream shop appeared as an in-game Easter egg. The subtle hint was mostly overshadowed by people freaking out over John Wick’s house, which appeared in the same update for Season 9.

Why is Scoops Ahoy from @Stranger_Things in fortnite!?!?! 👀👀🤯 pic.twitter.com/cECc7eOQYS

Fortnite stuff aside, Stranger Things 3: The Game drops on July 4, 2019, the same day as the third season premiere. A press release promises co-op exploration, puzzle solving, and of course, a chance to face off against the Mind Flayer. There will be twelve playable characters in pint-sized pixel form, and we’re personally holding out for an epically overpowered version of Steve Harrington in destructoid daddy-sitter mode. 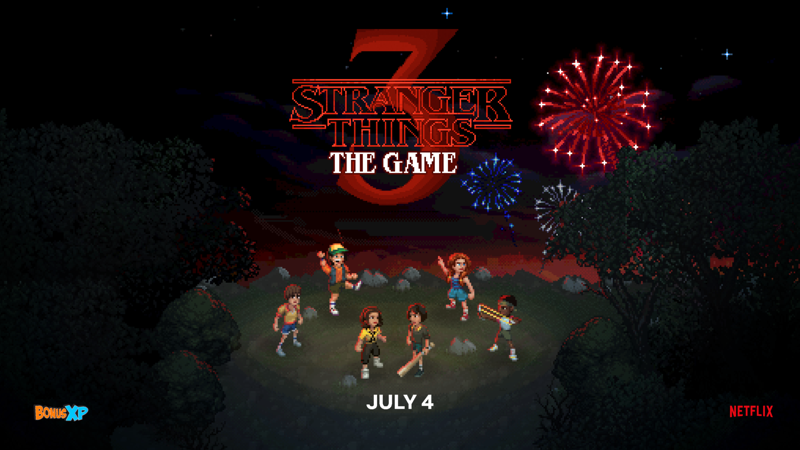 Also, there’s an ambiguous bat-wielding character featured in the game’s key art that could easily be Finn Wolfhard’s character, but we’ll have to wait and see.

Read Also
E3 2019: Nintendo Direct makes all of our dreams come true, with a Breath of the Wild sequel to boot 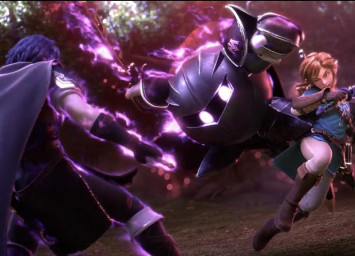 The Dark Crystal: Age of Resistance game sees the world of Thra come to life in a turn-based tactics format. From what we saw on the Nintendo E3 stream, the devil’s in the details — the Gelfling race looks amazing in claymation-style art. With over 80 campaign battles and plenty of recruitable characters and creatures, this is going to be an excellent companion to the series.

Expect to grab the game some time in 2019 (probably around August 30, which is when the Netflix show premieres).