In the streaming world, Netflix is undoubtedly one of the biggest platforms for consumers around the world. Be it seasonal shows, movies, or limited series, there is definitely something for everyone no matter where you find yourself in the world. It makes perfect sense then, when it comes to growing efforts on the gaming side of things, Netflix Games are making a similar effort.

"We're still very early on right now, we've only been doing this for about 10 months; we currently have 28 games on the service. And we're looking to double that, get to about 50 games by the end of this year," shared Leanne Loombe, a former Senior Producer at EA and head of Riot Forge, who is now the Netflix Head of External Game Development.

"Our ultimate strategy is really about making sure there is a game on Netflix for all of our members. We have a lot of members, a diverse group of audiences, and so we want to make sure that we have the diversity in the variety of games to really serve all of those members."

Even at this admittedly early stage, that strategy has involved both internal development and partnership with external partners, with the latest being Ubisoft.

As revealed at Ubisoft Forward, the pair will be working together to bring a sequel for Valiant Hearts, a new take on The Mighty Quest for Epic Loot with roguelike elements, and an all-new mobile Assassin's Creed title that will be exclusive to Netflix.

The partnership has its merits, seeing that Ubisoft "has variety and breadth in their portfolio" which works for different audiences, and Netflix can count on building an ecosystem where players and viewers alike can have a great experience without leaving the ecosystem.

As Loombe puts it, "with one partner we can build three games that really serve different members on Netflix and that's super exciting because we get to create that variety."

With a two-pronged approach, Netflix is looking to maximise time efficiently, with longer development time afforded to first-party studios, while banking on external parties and leveraging already established IP or porting existing titles over. Between familiar, popular games and new projects focused on firming up Netflix's standing in the space, there certainly appears to be plenty of promise.

That said, gamers are already spoilt for choice, especially for those that are platform agnostic, but Netflix is ensuring that those that love to play on mobile have even more incentive to use the platform for their entertainment. This means "no ads and no monetisation" and allowing developers to work with "a lot of creative freedom," while access is not an issue if you are already a subscriber.

"I'm sure everybody that knows the mobile free-to-play business, it does require certain design elements that can drive that monetisation.

And with developers that we work with, to bring games to Netflix, it's really about the creative, it's really about making great games at the core of it, and really focusing on games that can engage our members over the long term, and not have to worry about putting any monetisation barriers in front of that experience," Loombe explained. 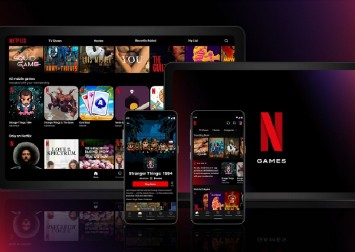 Marrying the entertainment portion with gaming also means there is always potential to use strong IPs as a foundation for future games, something that we have already seen with Hextech Mayhem and the already announced The Queen's Gambit game.

The biggest elephant in the room remains user acquisition, especially as subscriber numbers have not exactly been on the upturn. Even with over 200 million subscribers, there is no surefire way of getting all of them to try out the games, but this is a journey that Netflix is willing to go the distance for.

"We're still building our foundations, setting things in motion to get to the point where more and more members will play games on Netflix," Loombe said. "As with any new business that you're starting, right, you're building up the foundations and figuring out what the best plans and options are, and we have a lot of things coming that you'll hear about shortly."

Ultimately, Netflix remains a giant in the streaming space, but a relative newcomer in the gaming arena. For Loombe and her team, it is not one or the other, but rather, how everything can come together to deliver an even better product to the millions of consumers around the world.

"It's a natural progression for a platform like Netflix to also have games, considering how large the gaming space is, and how many people across the world play games. The way that games can impact Netflix as a strategy and how we're thinking about this is providing a new experience and content type for our members, providing that breadth of experiences for our members to fit within the lifestyle that they have. So you can choose what you want to experience in that moment, whether it's an active game, a passive TV show, or a movie."

Having more options is always a good thing; we are certainly not going to argue with that, and if it ends up making Netflix an ever more present part of our lives, there will be plenty of people around the world who will be mighty pleased about that. Just remember to take a break every once in a while.