Like the rest of their human compatriots, the animals of the Singapore Zoo had to spend their long Hari Raya weekend sheltering in place during the Covid-19 pandemic.

Nonetheless, the celebratory spirit remains very much intact. The critters residing in the zoo’s Fragile Forest took part in festivities on Sunday (May 24) by having a ketupat feast of sorts, which the local Twitterscape found absolutely adorable.

Wildlife Reserves Singapore (WRS) shared on Instagram Stories how the animals of its tropical rainforest biodome tucked into their meals as they figured out how to unwrap the woven palm leaf pouch of the ketupat.

Of course, the zookeepers didn’t give them actual ketupat — the Malay rice dumpling delicacy traditionally enjoyed during Hari Raya Aidilfitri. But it’s certainly charming to see the likes of white-faced saki monkeys and golden lion tamarins use their tiny hands digging for food through the packages.

Wrs/ singapore zoo gave the animals their food through ketupat😩😩😩 its so cute pic.twitter.com/4Bl8HFB1wh 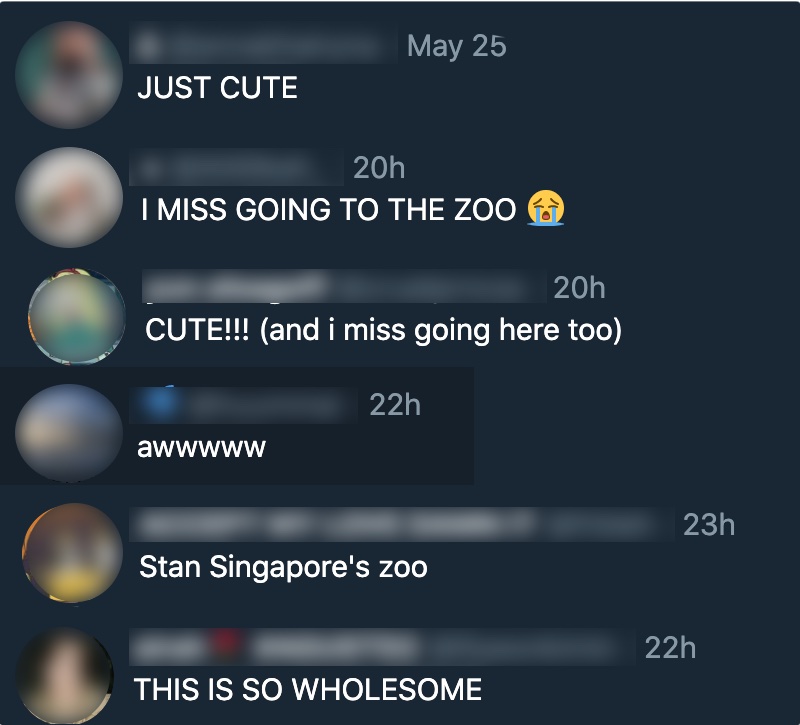 WRS paid tribute to this year’s videoconference-filled Hari Raya too by having a black palm cockatoo interface with another cockatoo on screen (it’s just a YouTube video, really).

Selamat Hari Raya to all our Muslim friends on day two of their month-long celebrations! While this year may be very...

Posted by Wildlife Reserves Singapore on Sunday, May 24, 2020