To help bolster regional cyber-security capabilities, Singapore has launched a new centre for Asean member states to work together to conduct research, share knowledge and train to respond to cyber threats.

Asean, which has been making progress in coordinating and strengthening its cyber efforts, needs to build on this momentum to deepen regional and international partnerships in the cyber-security realm, said Minister for Communications and Information S. Iswaran on Wednesday (Oct 2).

Cyber attacks can happen at any time and their devastating impact, which can cripple critical systems and cause mass chaos, is borderless. Regional efforts in beefing up cybersecurity will thus provide more trust and assurance to the region, said Mr Iswaran, who is also Minister-in-charge of Cybersecurity.

The Asean-Singapore Cybersecurity Centre of Excellence (ASCCE) will spend $30 million over five years to offer policy and technical programmes for its participants. 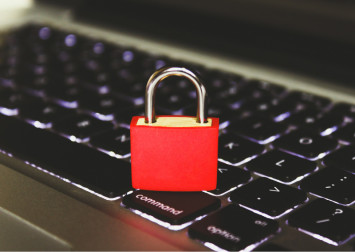 It will, among other things, train national Computer Emergency Response Teams (Certs) in the region and promote open-source information sharing among experts who can respond to cyber-security incidents.

Announcing the launch of the centre at the fourth Asean Ministerial Conference on Cybersecurity at the Shangri-La Hotel, Mr Iswaran, said the main training centre ASCCE will be ready in the second quarter of next year.

This training centre will be located in North Bridge Road in City Hall, but Mr Iswaran added that the ASCCE has already partnered with Temasek Polytechnic to start a separate training facility that is operational from Wednesday.

In a statement,  the Cyber Security Agency of Singapore said the ASCCE will engage top cyber experts and trainers in designing and delivering cyber-security capacity building programmes.

It will also collaborate with other international partners including Australia, Canada, the European Union, Japan, New Zealand, South Korea, Britain and the United States. 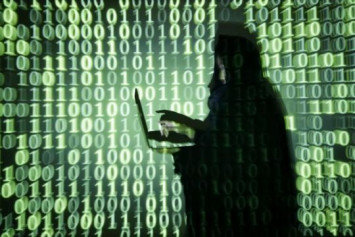 In his opening speech at the conference, Mr Iswaran said the decision to open the centre stems from Singapore’s commitment to support regional cyber capacity building, amid the increasing danger that cyber attackers pose and the development of emerging technologies such as 5G and the Internet of Things.

“Given our interconnectedness and the transboundary nature of cyber threats, we must strengthen our security and resilience as a region. In other words, we are in this together,” he said.

“It is in our common interest to strengthen our defences and safeguard our critical infrastructures.”

He said that besides building up cyber-security capabilities in the region, Asean member states need to work together and participate in international discussions on cybersecurity.

The discussions during this year’s Asean Ministerial Conference on Cybersecurity built on the momentum of last year’s conference, where all Asean countries agreed to subscribe in principle to 11 voluntary norms recommended in the 2015 Report of the United Nations Group of Governmental Experts on Developments in the Field of Information and Telecommunications in the Context of International Security.

This was done in recognition that rules-based cyberspace would allow for economic progress and better living standards.

Asean is the first and only regional group to have subscribed to these norms, said Mr Iswaran, who added that Asean has been recognised among the international committee for its progressive thinking about cybersecurity.

“Asean member states cyber experts have been discussing the 11 norms at various Asean capacity building workshops throughout the year. They have identified areas where progress has been made, as well as other areas in need of capacity building for the successful implementation of norms,” he said.

Speaking at a press conference later on Wednesday about the discussions, he announced that all Asean states had agreed to form a new committee to develop an action plan that will translate these 11 norms into tangible and practical steps for all 10 member states to adopt.

This committee, whose composition and size are yet to be determined, will work for a year and will present their plans at the next Asean Ministerial Conference on Cybersecurity.

The plan will study and propose recommendations in specific areas such as Certs cooperation, the protection of critical information infrastructure and mutual help in cybersecurity.

Earlier in his opening speech, Mr Iswaran noted that Asean’s digital economy continues to flourish, which will create jobs for its people, spur innovation and allow businesses to grow. He pointed out that the Economic Research Institute for Asean and East Asia (ERIA) has projected that the digital economy in the region will expand more than six times to an estimated US$200 billion (S$277 billion) in the next decade.

But this growth must be safeguarded by holistic cyber-security efforts that can keep up with the speed at which Asean develops itself.

“As the digital economy grows in scale and complexity, cybersecurity becomes of utmost importance to provide the much-needed measure of assurance and trust in the digital technologies that permeate all sectors of the economy,” Mr Iswaran said.

“So our efforts to grow the Asean digital economy must be complemented by a robust approach to regional cybersecurity.”