The new committee will coordinate among ministries and devise and execute a comprehensive strategy to combat scams.

He received a message on Facebook Messenger from a close friend asking to borrow some money.

He sought out an ATM immediately and made the transfer.

"The scammer asked for more, but all I had at the time was $2,000, so I transferred all of it," said Marcus (not his real name), 28, who works in the finance industry.

Minutes after the transfer, he felt something was fishy when his "friend" insisted on having the receipt for the transaction sent via Facebook rather than WhatsApp.

Despite immediately making a police report, he never recovered the money.

Marcus is just one of the increasing number of victims of online scams.

To better fight the scourge, the Ministry of Home Affairs (MHA) will set up an inter-ministry committee on scams.

It will bring together representatives from the MHA, Ministry of Communications and Information, and Ministry of Trade and Industry, among others, Senior Parliamentary Secretary for Home Affairs Sun Xueling announced during the debate on her Ministry's budget yesterday.

The committee will coordinate among ministries to pool resources, and devise and execute a comprehensive strategy to combat scams.

The strategy will address the need to deter potential perpetrators, and limit their ability to conduct operations.

It will also help mitigate losses incurred by victims.

The committee will also be in charge of educating the public, and ensuring they are vigilant and wary of scams.

With reports of scams increasing last year by more than 50 per cent in Singapore - from 6,189 cases in 2018 to 9,502 - many Members of Parliament expressed concern during the MHA's Committee of Supply debate yesterday.

Just last week, the police had investigated 99 men and women for their alleged involvement in more than 500 scam and money mule cases with losses amounting to more than $400,000.

Ms Sun said: "But even as the Government steps up efforts to combat scams, we cannot do it alone. Businesses have a role to play too." 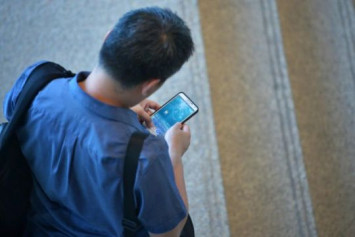 This is especially the case for e-commerce platforms and banks, which can be exploited by scammers, she added.

MHA will work closely with such businesses to put in place measures to limit the ability of criminals to do harm, she added.

Ms Sun said that regardless of the measures put in place, the best defence against scammers is a discerning public.

She cautioned the public against believing promises that sound too good to be true and advised them to check with the authorities when they are approached by dubious characters who claim to be officials.