Apple's new iPhone XS and iPhone XS Max handsets are the most expensive iPhones ever, and have also been billed by the tech giant as the most advanced iPhones it has ever produced.

But since their launch here on Sept 21, users have flagged issues with the handsets, which start from $1,649 in Singapore.

Apple declined to comment on these issues when contacted by The Straits Times.

That said, bugs and problems are not uncommon when new tech products are launched, and device makers do sometimes try to address them in future updates.

Here are some of the problems that have been raised for the new iPhones:

According to tech website Tom's Guide, the iPhone XS and iPhone XS Max have a shorter battery life compared with last year's iPhone X, even though Apple said the new iPhones' batteries are supposed to last longer.

In an initial battery test result published by Tom's Guide which involved continuous Web surfing at a constant screen brightness, the iPhone XS clocked 9hr 41min before its battery died, while the iPhone XS Max clocked 10hr 38min. But when the iPhone X was tested last year, its battery lasted 10hr 49 min, beating the battery performance of this year's handsets.

Tom's Guide said the difference in the two iPhone X's test results could be due to the phone ageing, or that the websites used for the test were modified such that it now places more stress on phones.

Reports in recent days said there is a potential problem that prevents the new iPhones from charging. In an online video published last Saturday (Sept 29), YouTube channel Unbox Therapy said some users have complained that their iPhones were unable to be charged through cables while in idle mode. For some other users, their phones became unresponsive when it was plugged into a charger.

In a test conducted by Unbox Therapy on eight new iPhones, it found that five of the phones had problems being charged via a cable. The video has since garnered more than 4.6 million views.

A thread started on the official Apple discussion forum last week also flagged a similar charging problem. More than 100 other users indicated that they had questions on the topic, too.

But help is on the way for users who face these problems. According to Apple analyst Rene Ritchie, the iPhone maker on Tuesday released a beta update to its operating system that will address this problem.

Netizens have complained that the front cameras of the new iPhone models tend to smoothen out users' faces or add unnatural hues.

Read Also
Apple iPhone XS Max prices compared across the region: Who's the most expensive? 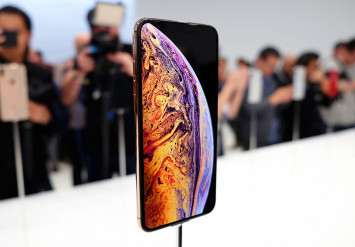 A Reddit thread on how the iPhone XS is allegedly applying skin smoothing or a beauty filter on images taken with the handset's front-facing camera has attracted more than 8,000 votes of approval.

According to tech site AppleInsider, which cited sources, Apple is looking into the situation.

A number of users have complained about connectivity issues with the new iPhones. Affected users said they have trouble connecting to the Internet, and experience slower online speeds than older iPhones.

A netizen posted a question on the matter on the official Apple forum and some 600 netizens also claimed they had similar questions.

The affected user, Henryhuang24, said he used to have good reception on his bed with the iPhone X, but the new iPhone XS Max's reception appeared to be weak. He added that the phone also had trouble reconnecting to a Wi-Fi network after the airplane mode was turned on.

According to an expert quoted by tech website Tom's Guide, this problem could have been caused by the phone's antenna design. This means that only a change in the phone's design could remove the issue, the expert said.