The video game giant is the latest company to comment on the possibility of investing in the new tech — which could be gaming's next big evolution — and while the current focus is on their own eShop, they'll be keeping a close eye on developments.

Nintendo of American executive Charlie Scibetta told TechCrunch: "Streaming is certainly interesting technology. Nintendo is keeping a close eye on it and we're evaluating it. 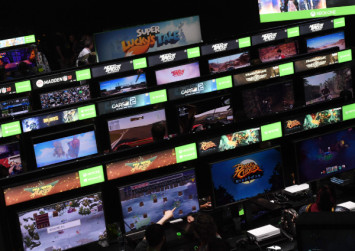 "We don't have anything to announce right now in terms of adopting that technology. For us, it's still physical and it's digital downloads through our eShop."

Meanwhile, marketing boss Doug Bowser admitted the company will continue to look into what the likes of Microsoft and Sony are doing to keep up on the latest tech.

He told the Hollywood Reporter: "It's always interesting to see what others are doing in the space.

Although Nintendo itself doesn't offer a streaming service on the Switch console, it is available through other companies for gamers in Japan.

Capcom offers Resident Evil 7 for streaming on Switch, while Ubisoft does the same for its Assassin's Creed Odyssey title.