Online purchase scams continue to be a prevalent worry here, noted the Singapore Police Force (SPF), and gizmo enthusiasts might be falling hard for them.

In an advisory issued this morning, the authorities revealed that there have been at least 445 reports (and counting) lodged between January and May this year over e-commerce scams involving mobile phones and electronic gadgets. Namely Apple AirPods, Nintendo Switch consoles, and Samsung smartphones.

The scam involves victims making payments for false offers made on online marketplaces and e-commerce platforms before the fake vendors go MIA and become uncontactable. SPF did not go into detail about the exact online platforms where buyers get swindled.

No matter the platform, online purchase scams are fairly common around here thanks to the highly tempting price points that often hook desperate folks looking for a sweet deal. High internet penetration and prevalent use of smartphones in Singapore are big contributors to the increase in online crimes in the country too, noted the police.

SPF advised members of the public to avoid making payments or big deposits in advance where possible and, of course, be wary of listings at prices that sound too good to be true.

“As far as possible, purchase only from authorised sellers. If you are shopping on online platforms, read the reviews of the seller before committing to a purchase,” wrote SPF in its advisory.

According to Scam Alert — a portal launched by the police to educate people about the various types of modern ruses — a total of S$1.9 million have been lost to fake e-commerce transactions. Considering that online shopping is growing at an unprecedented rate across the world, the amount of money lost to scams might not be slowing down so soon.

Carousell is often named in such cases, and the SPF pointed out earlier this year that a whopping 70 percent of e-commerce scams committed in 2018 took place on the popular marketplace app. Typically, victims would fall for fake listings of gaming consoles, smartphones, electronic gadgets, concert tickets, and theme park passes. 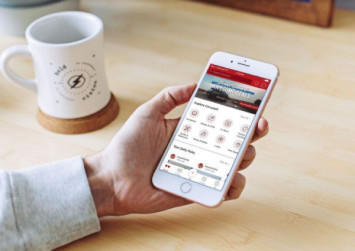 That’s not to say that Carousell isn’t doing anything about it, though. Aside from investing heavily in artificial intelligence to detect fake listings, the company also introduced CarouPay, an in-app transactional method to transfer funds once both the buyer and seller are happy with the deal. Earlier this year, Carousell even announced that the fraud rate taking place via its app even declined by 44 percent within the span of a year.

On SPF’s end, it assembled its own E-Commerce Fraud Enforcement and Coordination Team to crack down on the troubling rise in online scams here, which grew by 11.4 percent from 2017 to 2018.