Bank account holders can now scan their faces on their phones to apply for an online banking account with the launch yesterday of a national facial identification service.

This national database contains the facial images and identities of four million local residents aged 15 years and above, captured through applications for passports and NRICs.

Its use has so far been limited to official purposes, including verification at border checkpoints and in some government buildings to limit access rights.

With SingPass Face Verification, private-sector organisations can now tap the nation's digital identity infrastructure to securely verify online transactions without needing to build their own systems.

DBS Bank is the first private-sector entity to pilot the service, which is integrated into its digibank app.

For a start, its customers can choose to scan their faces - instead of entering their ATM, credit or debit card number and a corresponding PIN - to sign up for an online banking account.

Users need to download the latest version of the bank's digibank app, rolled out yesterday, to access the new feature.

In the coming months, new customers may also be able to scan their faces remotely to verify who they are without having to upload pictures of their NRIC or show up in person to, say, open a bank account. 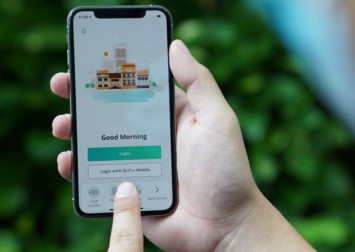 Mr Jeremy Soo, head of Consumer Banking Group (Singapore) at DBS Bank, said: "Together with GovTech (Government Technology Agency), we aim to support those who are journeying into digital banking for the first time and to help foster resilient digital habits that will last for years to come."

The Straits Times reported on the government-backed facial identification service involving greater use of the national biometric database in November 2018.

Dr Vivian Balakrishnan, Minister-in-charge of the Smart Nation initiative, announced the service in Parliament in February this year.

People here are already scanning their faces or fingerprints on their phones to access e-government services via the SingPass Mobile app, which was launched in 2018 and now has 1.6 million users.

Private-sector firms like insurer NTUC Income are also using the SingPass Mobile app to secure access to their e-services.

This step makes it easier to verify high-risk online transactions, including those involving cashier's orders of more than $10,000, said experts. 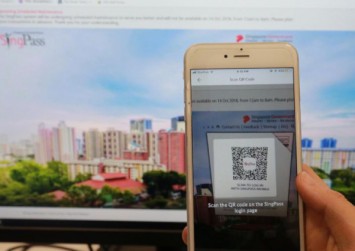 Said Mr Kok Ping Soon, chief executive of GovTech, which created the SingPass authentication system: "We look forward to building more impactful services with the financial sector and beyond to bring greater convenience to our citizens."

SingPass Face Verification's launch, with DBS as its first user, follows a successful trial earlier this month with more than 100 seniors and students from ITE College West.

Some users found facial verification to be more convenient as they do not need to remember their PIN number or whip out their ATM, credit or debit card to complete the registration process.

Previously, those without a card or who could not remember their PIN number had to wait up to five working days to receive their card or PIN number by post to activate their digital banking accounts.

Said retiree Nancy Yeo, 66: "Registering for an online banking account by facial scanning was just like taking a selfie photo with my grandchild on my smartphone... it really isn't as complicated as I had thought."