With Activision Blizzard's Overwatch 2 set for a Oct 4 debut, much of the community would be wondering just what kind of content and support they will get for the duration of the revamped hero shooter.

A free-to-play experience now that boasts both cross-platform and cross-progression support, having enough content will make or break it, which is why Overwatch 2 Season 1 is set to bring out the big guns.

Overwatch 2 is shifting to a seasonal model that will deliver new content to the game every nine weeks. This will be delivered each season through a Battle Pass, each with a unique theme and 80+ unlockable tiers of content.

In addition to new cosmetics, the team plans on introducing a new hero and new map in alternating seasons, together with significant hero balance changes in a patch at the start of each season.

With this new seasonal model, Loot Boxes are going away in Overwatch 2 and our new in-game shop will allow you to purchase exactly what you want with the new virtual currency, Overwatch Coins.

Additionally, the shop will feature a Just For You section with personalised offers based on what players prefer to play and equip in-game, as well as rotating bundles.

Whether you are enjoying the game for free or purchased the Premium Battle Pass, Activision Blizzard wants you to be rewarded for your progress.

This means any new hero that is being added can always be earned through the free track, which is the case in Overwatch 2 Season 1.

All existing players who have purchased the Founder's Pack will have instant access to new heroes Junker Queen, Sojourn, and Kiriko.

As for newcomers or returning players without the Founder's Pack, Kiriko can be obtained at Tier 55 of the Battle Pass.

On the Premium side of things, there are over 80 tiers of unlocks awaiting, including the new Mythic-tier skin and other cosmetics.

Purchasing the Premium Battle Pass for 1,000 Overwatch coins (approximately US$10 (S$7.10)) will also unlock instant access to any new hero being added.

All progress made by playing the game will always work towards unlocking new rewards, and anytime you decide to go the Premium route, you will gain all the previously earned tier rewards as well.

Once a Battle Pass is completed, Prestige tiers await. These will take longer to unlock compared to the normal tiers, but reward unique hero titles that can be equipped on your name cards. 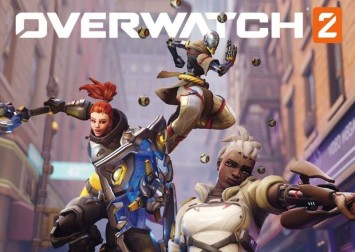 These will be specific to each season, so make sure you get your hands on them as soon as possible.

In general, Overwatch 2 Season 1 already looks jam-packed with content and with heroes coming out every two seasons (with the exception of the first and second seasons), players can always earn older heroes through play or the shop.

New maps added in alternate seasons will also be available to all, so there's no need to fear that you're missing out.

There is still much to do to flesh out Overwatch 2, including the PvE mode, which is currently targeting a 2023 window for an announcement update.

For now, though, we are keeping ourselves warmed up to blast through the Battle Pass, especially since there are also other new additions to explore, such as the Circuit Royal, Colosseo, Midtown, New Queen Street and Paraiso maps, as well as the new Portugal map for Season 1, Esperanca.