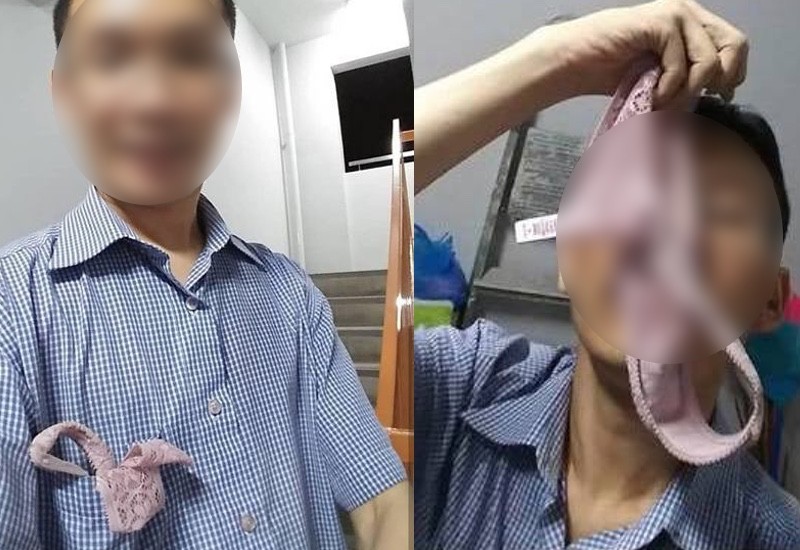 It takes a twisted or/and unsound mind for someone to post up disturbing pictures of panties-sniffing pursuits on Instagram. Defying everything that is pure and good in this world, a local man did just that on a public Instagram account — which has thankfully been taken down.

In other news that’ll bring relief to everyone, the cops have since nabbed the 34-year-old individual allegedly behind the sick Instagram page. Hours after multiple police reports were lodged about the offending posts, officers from Jurong Police Division managed to establish his identity and cuffed him early this morning at about 4.30am.

Screenshots of his lewd posts made their rounds on social media yesterday, in which he captured selfies with panties he apparently found while scouring an HDB block in Tampines. The man wasn’t bashful about it either — he geotagged his exact location and was unafraid of showing his face for all to see. 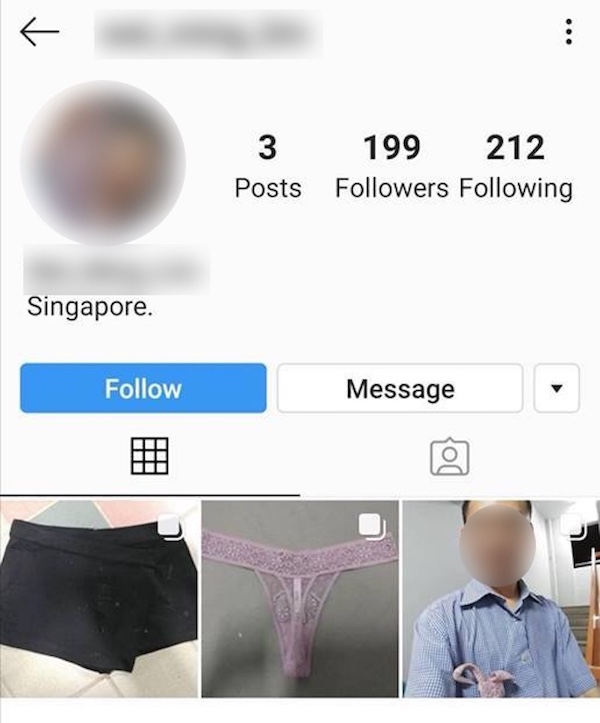 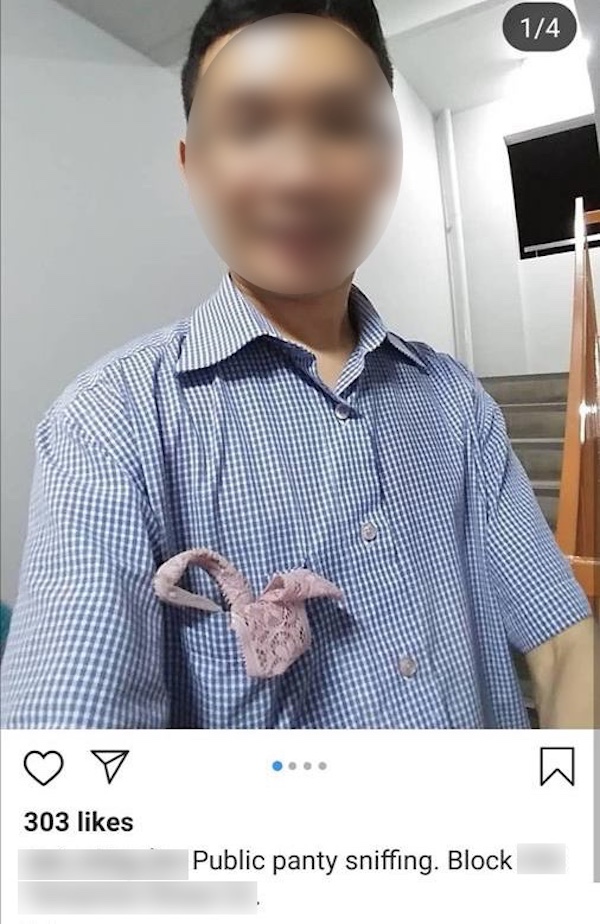 The last post that he uploaded proved to be the most squeamish one. The picture involved a pair of black shorts that he claimed to have personally stained with “3 days worth” of ejaculation. According to his caption, he hung the blemished apparel back where he found it. This time, his misdemeanour took place at Yew Tee.

Sickening? Of course it is. Screenshots of the post went up in various Facebook groups, including everyone’s favourite boomer page Complaint Singapore. 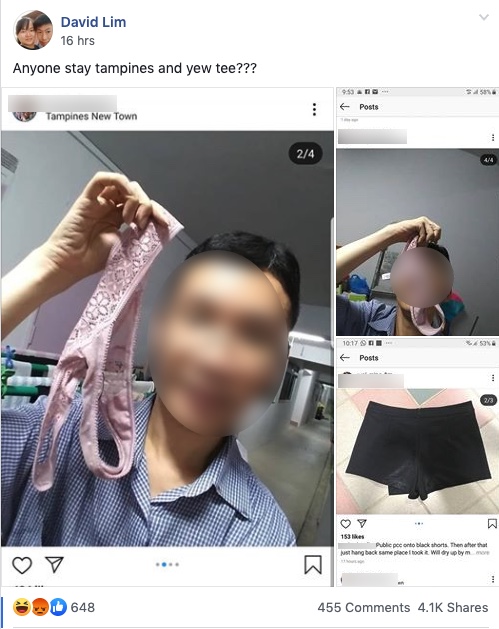 On Twitter, folks were blowing up the Singapore Police Force’s account about the case. Others warned against hanging undergarments along public corridors. Even MP for Tampines GRC Baey Yam Keng acknowledged the commotion on Twitter. 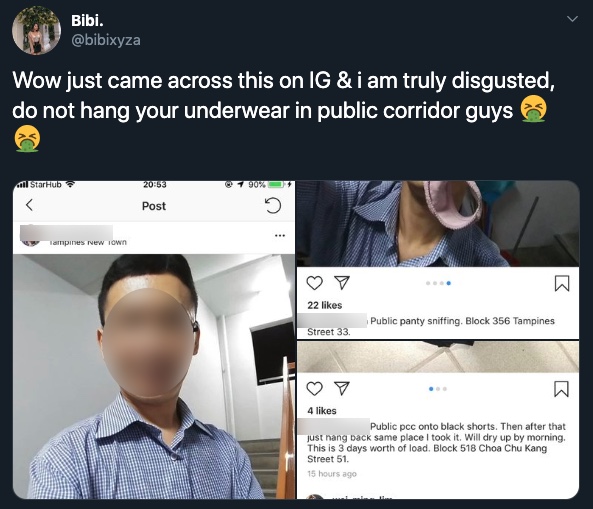 Although the Instagram account remained live last night, the three posts went down. As of this morning (presumably after his arrest), the entire account went dead.

But a copycat Instagram account has been created, with the posts and stories simply involving screenshots of news reports about the case.

It’s unclear whether the suspect is behind the new account (quite unlikely), but the page welcomed suggestions on locations to hit next, while also promising to upload more pictures should there be more than 10,000 followers. 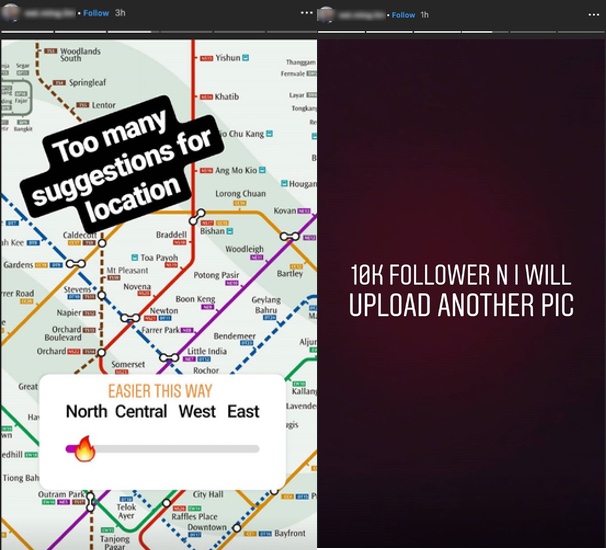 In any case, the suspect will be charged in court tomorrow (Aug 17) with public nuisance. He’ll face a fine of up to $1,000 if convicted, but no amount will ever erase the memories of his panties-sniffing visage already baked into our brains.