Pay to win? Diablo Immortal player spends $138k but gets 'locked out'

Twitch streamer JT spent $138k on Diablo Immortal but is 'locked out' of PvP.

It's been said that it gets lonely at the top, but not if you have money to do something about it.

A Diablo Immortal streamer, who goes by JT, released a YouTube video on July 31 detailing a conundrum he's facing after literally paying his way to the top.

Due to the strength of his character, he's virtually unmatched in Diablo Immortal's Battleground (their version of player-versus-player or PvP), resulting in the game's inability to find an opponent for him that matches his power level.

In most games with a PvP format, there's usually an in-built filter in the matchmaking process to pair people of a similar strength against each other. This is to avoid a scenario where a strong opponent just walks all over weaker players.

For JT's case, the game looks at his win-loss ratio (also known as matchmaking record) to determine who to match him against. However, since he's been steamrolling his opponents, there's no one close enough to match him.

The Twitch streamer said: "When I first started this game, I spent a ton of money right at the start so I was way far ahead of everybody else... I would go like 40-0, 50-0; it didn't matter. I would go a hundred battlegrounds without losing a single one.

"My overall battleground record is somewhere in between 300 and 450 wins with at max three total losses."

Read Also
Blizzard CEO defends Diablo Immortal's microtransactions: You can 'literally do 99.5% of everything in the game' 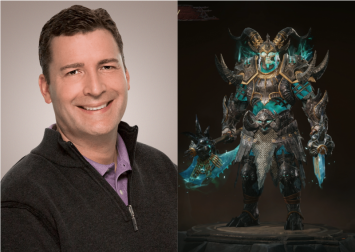 This situation has been going on for a month and a half and JT estimates that he has spent somewhere between 48 and 72 hours thus far trying to find a match but has been unsuccessful.

However, the inability to play PvP is also inhibiting the progression for his clan (or what you will know as a guild) as he needs to fight in a battleground in order to complete an objective. He has tried some workarounds but they've been futile.

He has also reached out to Blizzard a little over a month ago but he claimed that they've yet to rectify it.

"Since that has been posted over three weeks ago, Blizzard has not responded one time to that forum post."

As there has been no solution and he's been artificially locked out of PvP, JT isn't sure what is the right course of action.

"Do I just not do anything about this or should I hire a lawyer and refund this account and then see what happens then?" he asked in the video.

Ironically, most of the viewers didn't sympathise with his situation and mocked him for spending money on the game.

The remarks ranged from saying he "got what he paid for" and that he's the reason Blizzard will continue with pay-to-win features and microtransactions.

However, there were also some who sympathised with him and felt that he should not be penalised for, well, paying to win.

It's also unsurprising why people reacted negatively to JT as the microtransactions and pay-to-win format in Diablo Immortal have been a controversial decision and rubbed fans the wrong way.

According to a Reddit post, a user calculated that players could expect to spend anywhere between US$2,450 (S$3,434) and US$25,530 to get one maxed five-star gem, given that there was no pity system implemented in the game that would guarantee rewards for players after a certain number of attempts.

Yet, Blizzard CEO Mike Ybarra has defended the inclusion of microtransactions and said players could do "99.5 per cent of everything in the game".

He explained to the Los Angeles Times last month: "The monetisation comes in at the end game. The philosophy was always to lead with great gameplay and make sure that hundreds of millions of people can go through the whole campaign without any costs."