Spicy debate over the gentrification of traditional cuisine has been raging for years since expensive local fare appeared on restaurant menus, and it took a new form recently after the reveal of new Shaw Centre eatery Lemak Boys.

An 8 Days feature offered a glimpse of the casual restaurant opened by Culinary Institute of America classmates Chong Jun Xiang, Daniel Gan and Martin Tan, all of whom have experiences working in high-end kitchens.

Due to open tomorrow (Sept 12), Lemak Boys' specialty is Peranakan nasi lemak, which is a Peranakan take on the humble coconut rice dish in Malay cuisine.

The variances appear to be minimal as the nasi lemak at Lemak Boys is said to be “no different from any other nasi lemak” in the 8 Days report. The two Peranakan elements of note are the addition of Nyonya otak otak and sotong tauyu lemak, a Peranakan squid dish.

The Les Amis Group opens a casual Peranakan-style nasi lemak joint this weekend. We’ve had a preview taste and it’s sedap. Prices for sets start from $12.50. Click story link in profile for our review (the URL starting with “linkinprofile” below our logo). 📸 Aik Chen bit.ly/2Rag0Re

Though the end result looks like something that can be purchased for cheap at any regular nasi lemak stall, a plate of the Lemak Boys special goes for $12.50 at least and $18.50 at most. The exorbitant price (for a home-style nasi lemak) is said to be justified due to the work they put in behind the scenes and the quality of ingredients.

“There is real finesse in the food,” noted the author, who ascertained that the “refined” nasi lemak and accompanying dishes are “robustly flavoured yet light and balanced”.

To be fair to Lemak Boys, the restaurant isn’t the first to put that high a price to a dish that’s traditionally known as cheap, humble fare. Fellow atas nasi lemak joint The Coconut Club has been doing it for years and its nasi lemak sets (which go for at least $13.20) have been largely well-received and considered to be worth the price.

But even before its opening, Lemak Boys has already accumulated some negative response over the Peranakan affiliation. 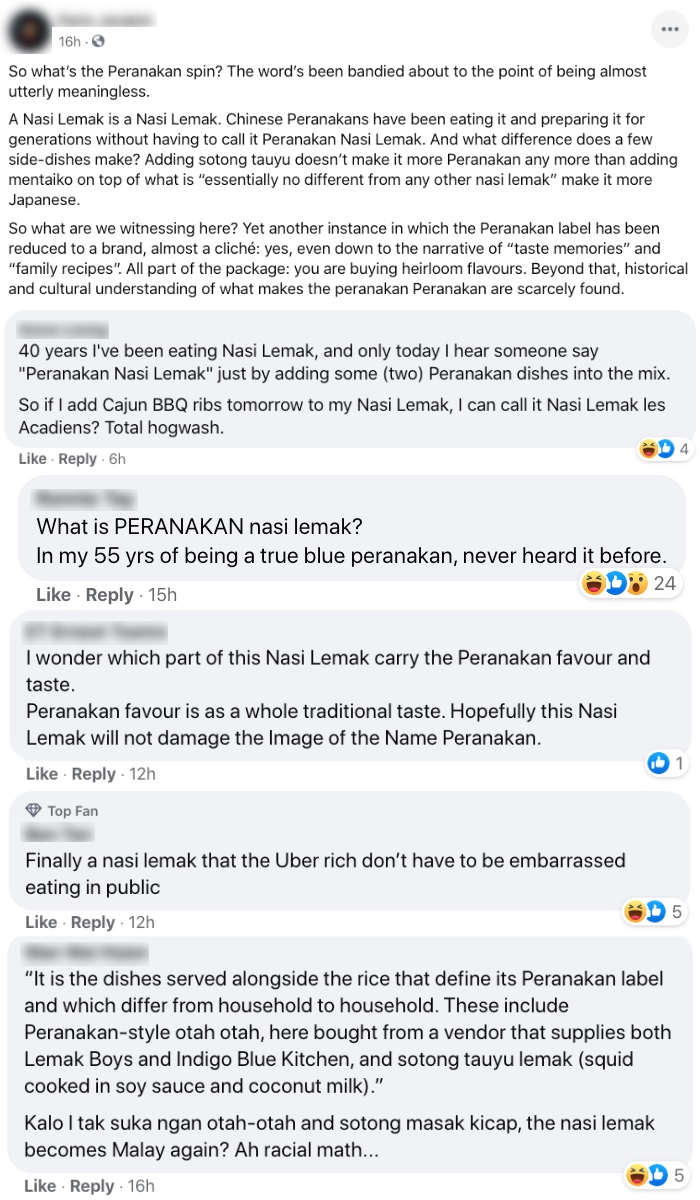 Some have even harked back to the time when upscale Peranakan restaurant franchise Violet Oon offered “Nyonya Nasi Ambeng” without making any mention or reference to nasi ambeng’s origins in Javanese-Malay cuisine. 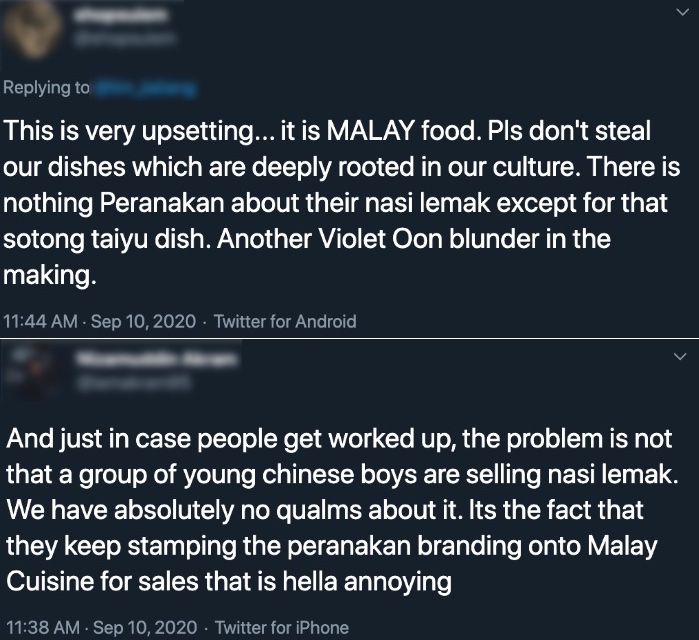 As the discourse continues to rage on social media, a Twitter user who claims to be deeply experienced in Peranakan cuisine is staunchly defending the existence of Peranakan nasi lemak and why it deserves to be priced that much.

Her lengthy thread against her naysayers did not go down so well though, as local playwright Joel Tan pointed out. 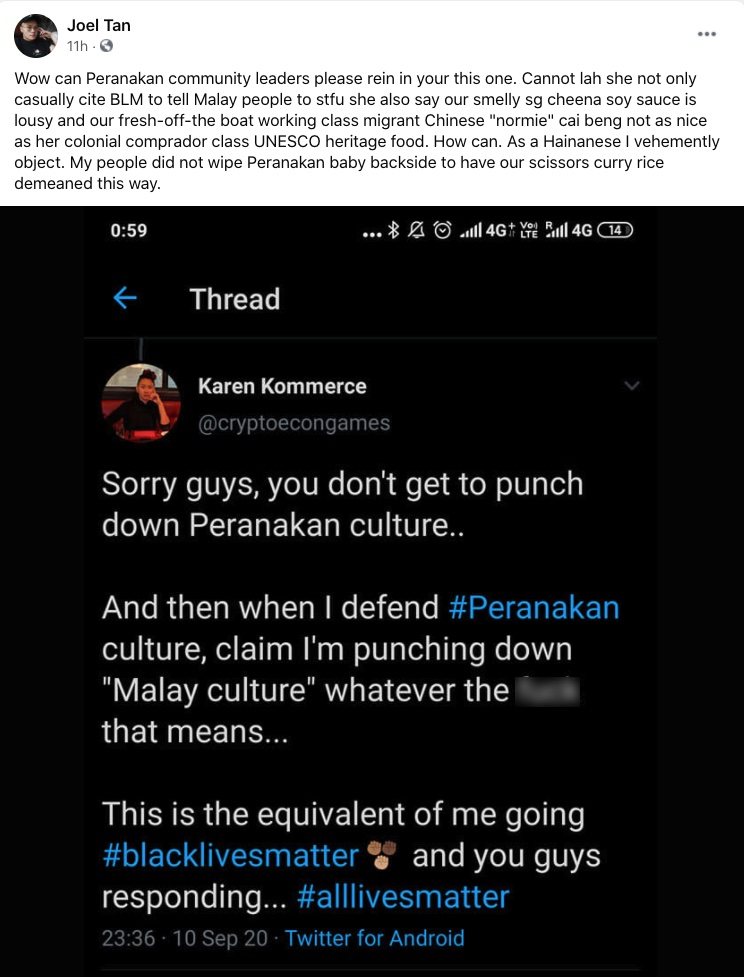 When queried by AsiaOne, Les Amis Group — which owns Lemak Boys — clarified that the restaurant is not a Peranakan based concept and does not serve Peranakan Nasi Lemak.

According to the Les Amis Group spokesperson, the three chefs behind Lemak Boys fostered a strong relationship while working at Indigo Blue Kitchen and simply brought over some of their favourite Peranakan flavours. The nasi lemak served at Lemak Boys is not labelled as Peranakan Nasi Lemak as implied by 8 Days, which has since amended its feature.

The team at Lemak Boys have a love for heritage flavours and had no intention to offend or culturally appropriate any local food culture, affirmed the spokesperson.