One wrong step could spell tragedy for this calico cat that found its way to a neighbouring household via the kitchen window, nine floors above ground.

The owner of said cat is being reprimanded on Facebook for their oversight that allowed the feline to climb out the window and hop on over to the unit next door twice in less than 12 hours.

Volunteer animal rescue service Haus Of Furries urged the cat’s owner to take adequate safety precautions lest the pet falls to its own death at an HDB block along Canberra Street.

According to a Facebook post on Wednesday (Oct 14), the calico had been frequenting a neighbour’s window of late. Pictures snapped earlier this week showed the cat perched outside the window, with one image depicting the cat balancing itself precariously on the clothes drying rack. 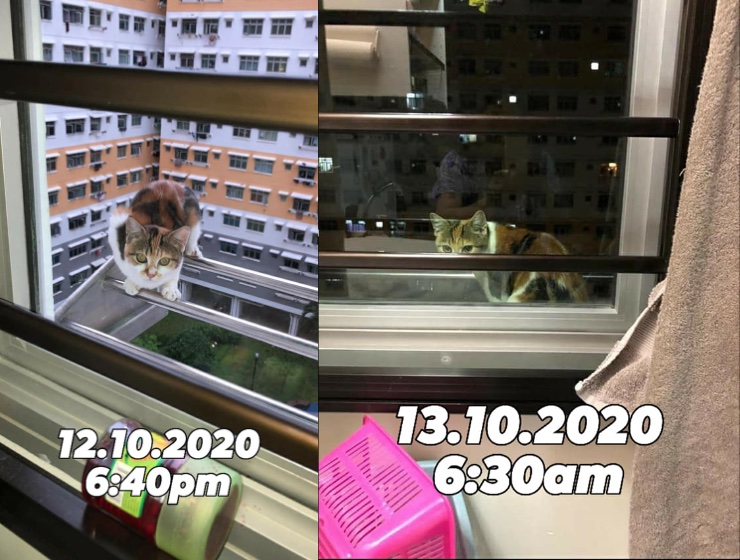 The images seemed unbelievable enough for some people, noted Haus Of Furries. To prove the authenticity of the issue, another picture was shared — one that was snapped by a resident from the opposing HDB block showing how the cat manages to clamber to the neighbouring unit’s window. 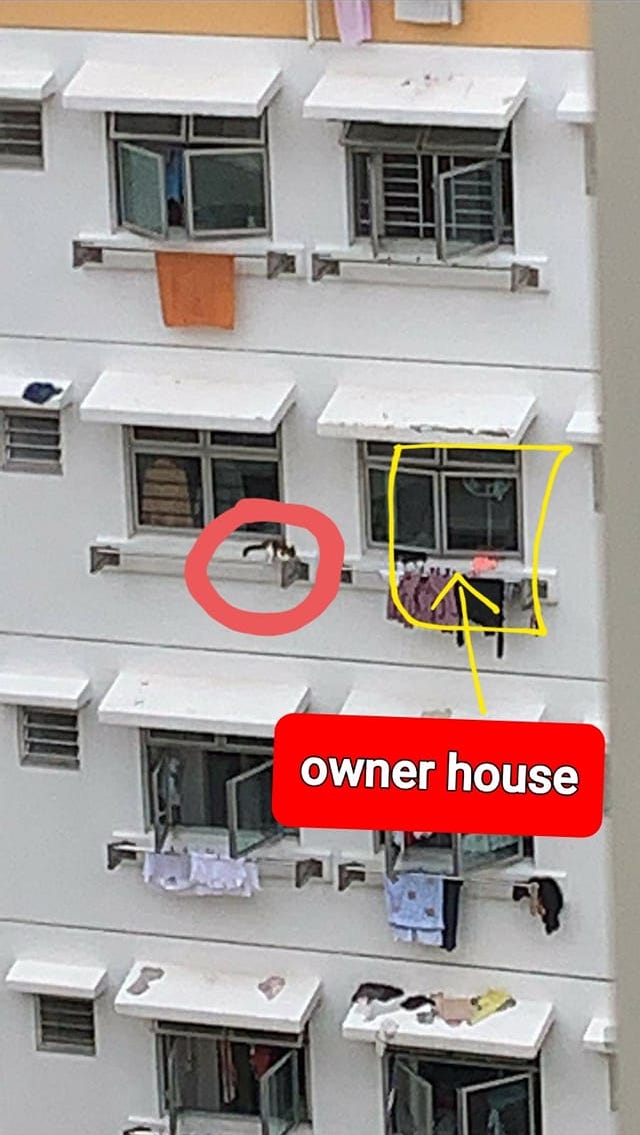 Commenters have joined in the chiding of the cat’s owners, calling them irresponsible while some have even called for the cat to be rehomed. Haus Of Furries has not indicated if they managed to get through to the owner. 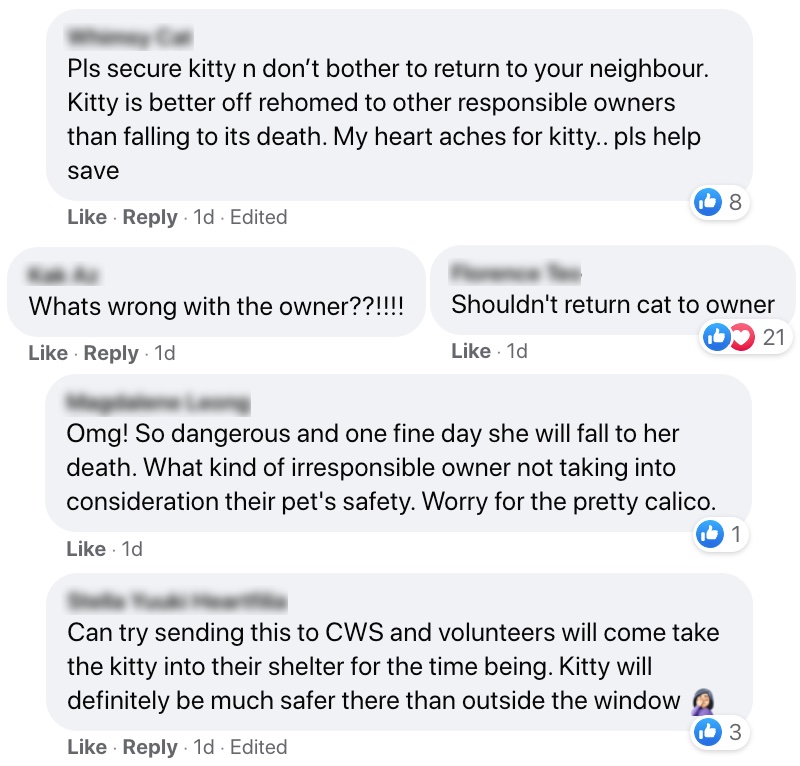 The Cat Welfare Society (CWS) have long urged all cat owners to mesh their windows so their pets won’t suffer an accident by falling from height.

“Many stick stubbornly to their ignorant ways, saying it is cruel to keep their pet cat cooped up at home with no one around to play with it,” wrote CWS in a 2018 post about meshing up windows.

“The truth is that it is far more cruel to let your beloved cat die prematurely in such manner and agony, with no one by its side, especially when such incidents can be prevented from ever happening.”