It should go without saying that 2020 is a highlight year for gaming, what with all of us aching for distractions while being cooped up at home because of the Covid-19 pandemic.

So naturally, Razer’s latest refresh of its acclaimed gaming laptops is welcome news. The Razer Blade series has, for years, been products that offer everything: portability, aesthetic classiness, gamer-centric features, and enough horsepower under the hood to run the latest video games and speedy content creation.

In other words, they’re desktop-grade gaming machines that you can tote into boardroom meetings. 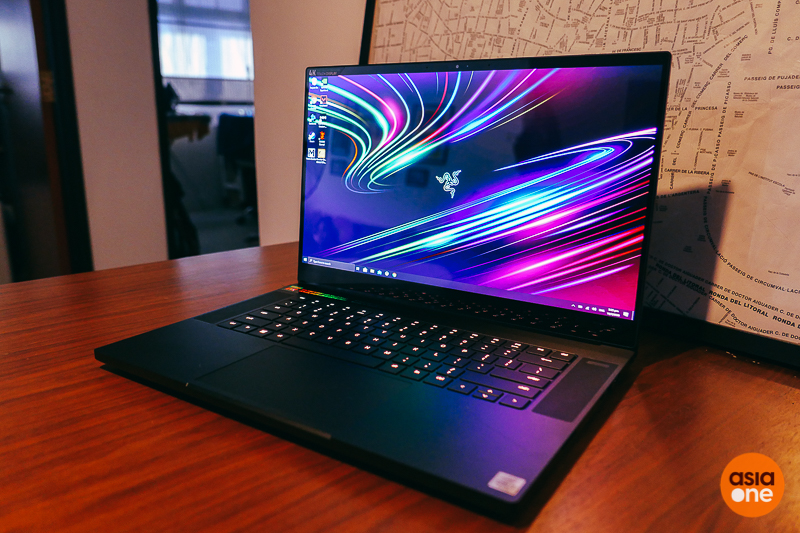 As you would have guessed, the base model is the affordable one, even if it does cost at least $2,799. The one that we got to play around with — the advanced model — goes for a lot more with prices starting at $3,679, but you’re paying extra for a thinner body, a bigger battery, higher-end GPU options, as well as a different set of ports and better inbuilt components.

Right off the bat as you unbox the Razer Blade 15, you get why it demands that high a price. It’s a well-made machine in both look and feel. Cold to the touch thanks to the matte black anodised aluminium case, which attracts fingerprints like moths to a flame. Because it’s a Razer product, you know that it’s a gaming laptop — but aside from the Razer’s neon green snakes logo on its lid, the design language screams all-business.

It’s svelte, it’s classy, it’s minimalist, and it wouldn’t look out of place even in the stuffiest of business meetings. Even if you’re secretly playing Doom Eternal in between discussions about things like “synergy” and “scalability”. 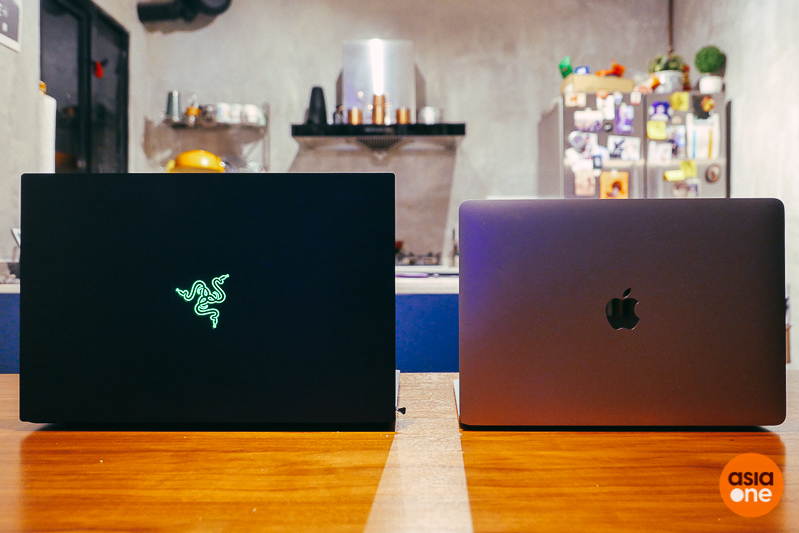 Like other gaming laptops, the Razer Blade 15 offers a tonne of modern input choices on each side, including three USB 3.2 Gen 2 ports, a USB Type C port, a Thunderbolt 3 port, a HDMI 2.0b port, as well as a 3.5mm audio jack and an SD Card Reader to round it all off. Very much appreciated in a time when laptop makers refuse to offer anything besides USB-C ports.

Considering the availability of USB-C ports though, it’s a little disappointing to note that you’ll still have to juice the laptop up via Razer’s proprietary oval connecter which can only hook up to Razer’s hefty 230W power brick. Understandable, considering the magnitude of power needed to run heavy loads, but it would be nice to have a secondary charging option in case you don’t have the brick on you. 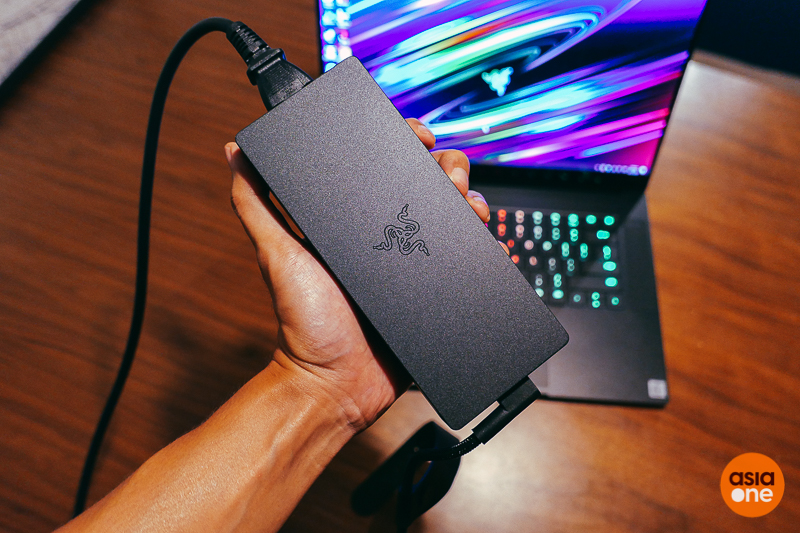 Open the laptop up and the essential ethos of gamer aesthetics — glowing multi-coloured lights — makes itself known. As a brand, Razer is rightfully synonymous with best-in-class RGB lighting, and the backlit keyboard offers a wondrous spectrum of vibrant luminescence. It’s either awesome or gaudy depending on your taste.  Either way, the lighting can be customised with the included Razer Synapse software and each of the keys has its own LED lighting that can be individually altered or loaded up with preset lighting patterns.

As for the keyboard itself, it’s great. No mechanical switches of course, but still decent for both typing and gaming because of how responsive and tactile it is. Both the keycaps and touchpad have a matte finish for a premium feel and the texture adds to the comfortability factor regardless if you’re crunching numbers on a spreadsheet or crushing enemies on Valorant. 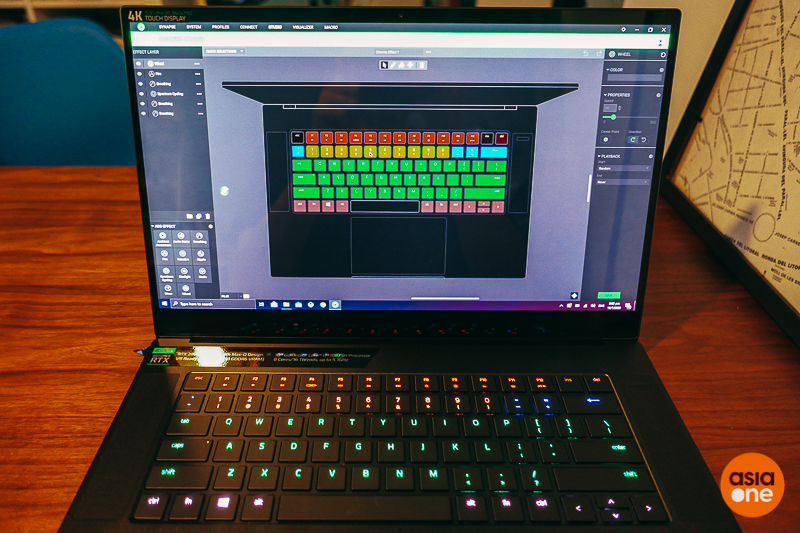 If portability is important, you’d be glad to know that the Razer Blade 15 weighs in at nearly 2.2kg — not as light as what you might be used to with MacBooks but still easy on the shoulders when carried around. Again, you have to marvel at how thin the entire frame is at just 0.70 inches. Especially when you consider the high-end machinery within. 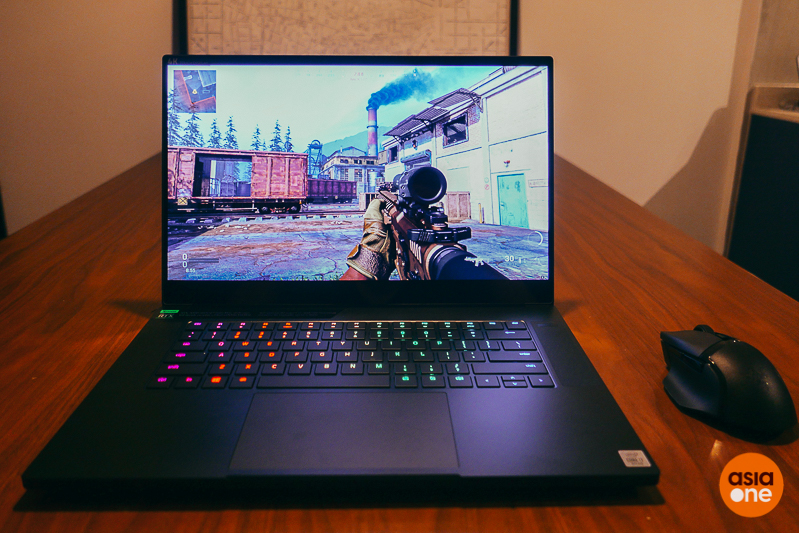 The advanced model comes with advanced specs (clearly), and I dare say that the Razer Blade 15 is better-equipped for gaming than my own gaming desktop PC. The unit we got comes with a 10th Gen Intel Core i7-10875H 8-Core processor (5.1 GHz if throttled to the max), an Nvidia GeForce RTX 2080 Super that’s VR-ready with 8GB DDR6 VRAM), 16GB DDR4-2933MHz RAM, and a 1TB SSD.

Display-wise, we got the OLED 4K touchscreen so everything looks gorgeous — at the expense of refresh rates that are locked at 60Hz. It might not be much of an issue if you just want ultra-crisp visual quality and sharpness in games, videos and images. But not so much if you’re into fast-paced competitive multiplayer games like Counter-Strike: Global Offensive or Call of Duty: Modern Warfare, where faster, smoother refresh rates mean having a keener edge over others. 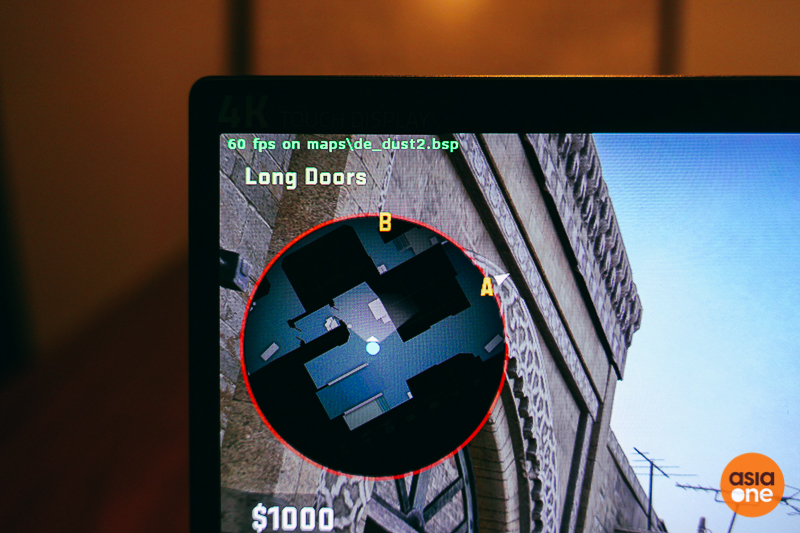 That’s not to say that playing games on this Razer Blade 15 sucks — quite the opposite really. Turning graphics settings and ray tracing on ultra makes for an outstanding gaming experience on the Blade, especially so while scouring the wastelands in Metro Exodus. The demo for Ghostrunner (that upcoming cyberpunk ninja title) looks particularly impressive as well on the laptop, with the neon signs and reflections popping spectacularly on screen. 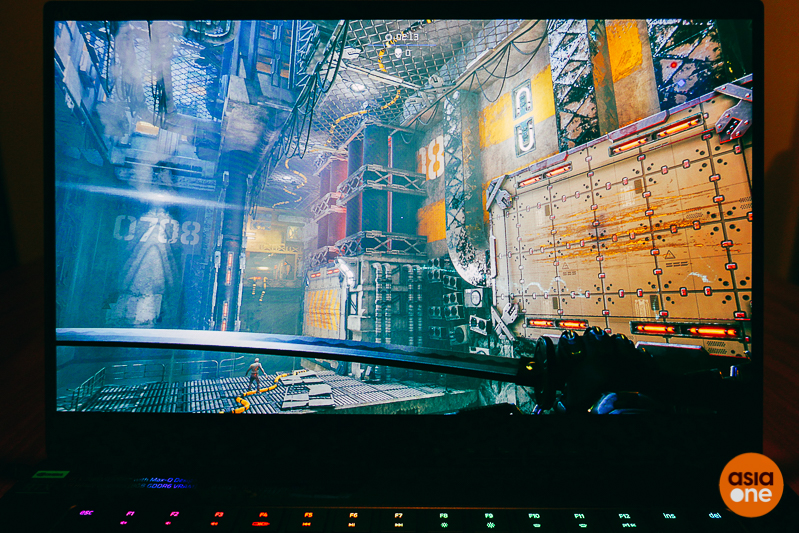 The 4K-res screen also means that gaming is not the only thing that the Blade excels at. With the lightning-fast performance within, the laptop easily passed all the benchmarks in content production, including editing 4K video and high-res images. As a lifelong MacBook Pro user, having a touchscreen on a laptop required some time to get used to, but when it clicked, I can’t imagine why anyone else wouldn’t want the convenience. 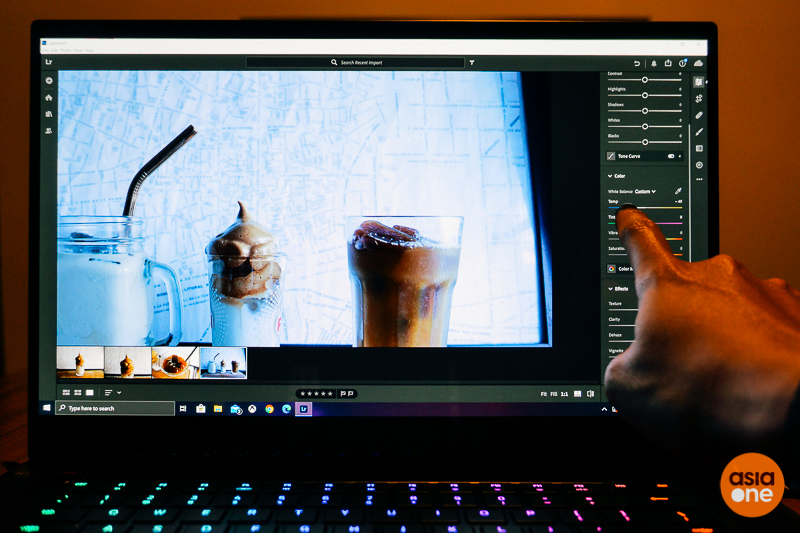 While the Razer Blade 15 does offer a near-desktop-quality gaming experience, I can’t say that I’d actually want to spend a long time gaming on the laptop. The issue is this: bad heat dissipation.

It’s a surprising issue to face too. The advanced models use a custom vapour chamber and “cutting-edge” thermal materials in its cooling system to dissipate heat more efficiently. And yet, after playing a few rounds of Plunder on Call of Duty: Warzone, I just couldn’t endure my hands getting seared on the laptop’s palm rest. Hyperbole, of course, but what’s true is that it was uncomfortable enough for me to put the Blade away and continue gaming on my desktop. Things can get pretty toasty even when not running AAA games too because editing photos in Lightroom is enough to warm up the cockles of my palms. 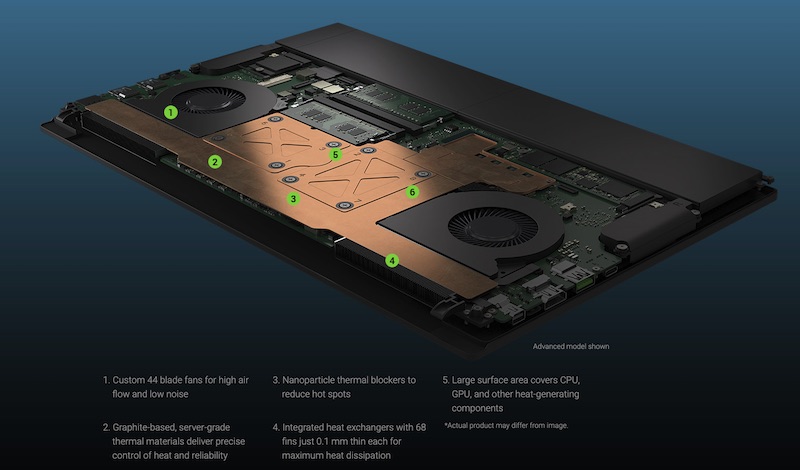 According to Razer Support, high temperature spikes are considered normal and they’ve got a list of steps to take when it gets balmy. The laptop’s temperature will never be lower than the area where the Blade is running, so perhaps switching the air-conditioner on during usage would be the optimal practice.

That being said, the bottom line is that the Razer Blade 15 is still a beacon of (multi-coloured) light when it comes to gaming laptops, even in a time when the likes of ASUS and Lenovo are catching up fast. Unlike its competitors, Razer still prioritises the balance of performance and thinness of their laptops — and if people can afford to have the luxury of productivity and recreation in a professional-looking package, they can’t go wrong with the Blade.