Recession, robots and rockets: another roaring 20s for world markets?

Helicopter cash, climate crises, smart cities and the space economy - investors have all those possibilities ahead as they enter the third decade of the 21st century.

They go into the new decade with a spring in their step, after watching world stocks add over US$25 trillion (S$33.8 trillion) in value in the past 10 years and a bond rally put US$13 trillion worth of bond yields below zero.

They also saw Internet-based firms transform the way humans work, shop and relax. Now investors are positioning for the tech revolution's next 10 years.

Could we see a repeat of the roaring twenties, as the 1920s were known - years of prosperity, technological innovation and such social developments as women winning the right to vote?

Possibly. But there's unease, along with all the euphoria. The current economic cycle is already the longest in US history and a recession looks inevitable in the new decade - which also will mark 100 years since the Wall Street crash of 1929.

And solutions may need to be unconventional, even more so than the extraordinary policies of negative interest rates and bond-buying that eased the post-2008 global funk.

With those policies maxed out, "in the 2020s it seems inevitable that a world of helicopter money awaits," Deutsche Bank predicts.

That would entail central banks or governments providing citizens with large amounts of money, as though it was being dropped from helicopters, a strategy rejected even by the unorthodox policymakers of the 2010s.

Another radical option under discussion is the modern monetary theory, when governments create and spend as much money as needed, so long as inflation stays low.

"Central banks have effectively invited governments to experiment with more unconventional policies," Deutsche said. However, those policies may pile up even more global debt, already at record highs.

So what will markets do?

A decade of rock-bottom interest rates didn't revive growth and inflation in developed nations, but they certainly inflated markets, as prices for bonds, equities and real estate show.

The inequality they spawned has also triggered a widespread backlash against globalisation. The result is a de-globalising world, or as Morgan Stanley puts it, "slow-balisation".

But it predicts less exciting returns - "a lower and flatter frontier compared to prior decades, and especially compared to the ten years post-GFC (global financial crisis)".

As the market returns cool, the planet will continue to heat up. Carbon emissions, temperatures, sea levels and thus climate-induced poverty and immigration are expected to rise. 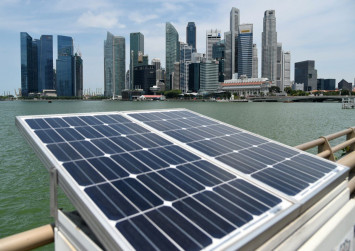 That should increasingly lead asset managers to seek alternatives to pollutants, especially coal, use of which must cease in OECD nations by 2030 for the Paris Agreement to be met.

BofA expects clean energy and electric-vehicle companies to emerge as winners, estimating the clean energy market to be already worth US$300 billion.

Ageing populations are another challenge, making demographics a key investment criterion. Deutsche Bank names Ireland, Rwanda, Ghana, Botswana and Laos as among the 22 nations in line for a "demographic dividend", benefiting from growing working-age populations.

It also backed sectors like e-commerce as Generation Z, those who will be in their mid-20s to early 30s by 2030, exercise growing spending power.

But in some countries, affluent older spenders will still carry clout. By 2030, over 80s will represent 5.4 per cent of the US population, up from 3.7 per cent in 2015, driving demand for retirement homes, healthcare and long-life innovations.

"Immortality may prove the most interesting secular theme in the 2020s," BofA predicts.

A World Economic Forum survey in 2017 predicted a series of "technological tipping points" for the coming decade. They included 3D-printed cars, driverless vehicles and the first artificial intelligence machine on a company's board. 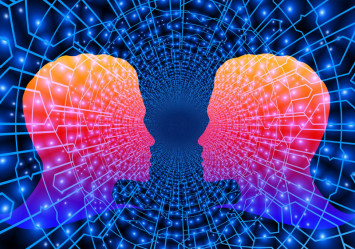 The '20s could be an era of smart cities, where big data and robotics ensure better governance, health and connectivity, UBS forecast. It expects annual spending to turn cities smart will reach US$2 trillion in 2025 and Internet-connected devices will multiply more than four-fold to 46 billion.

To take advantage of these shifts, investors will focus on areas such as autonomous vehicles - automated forklift shipments will grow to 455,000 in 2030 from 4,000 next year, ABI Research said.

Finally, advances in rocket and satellite technology are opening investment access to the final frontier. The first exchange-traded fund dedicated to the space industry opened in 2019.

UBS sees "parallels with how the global Internet... opened up vast opportunities at the turn of the century." It predicts the "space economy" will reach US$1 trillion in the next couple of decades, from US$340 billion now.