From 'Sam-suck' to its rival Apple: The transformation of Samsung

Military-style management and an unquestioning reverence for the founding Lee family have fuelled Samsung's transition from the world's most ridiculed phonemaker to its biggest, says the author of a new book.

Today Samsung -- by far South Korea's most powerful conglomerate with more than 50 affiliates from electronics and insurance to hotels and apartments -- is a larger smartphone manufacturer than Apple, and at the same time a key supplier to its great rival.

The group's overall turnover is equivalent to a fifth of the GDP of the world's 12th-largest economy, where citizens sometimes refer to their country as the "Republic of Samsung".

It is a remarkable transformation from only a few years ago when Western consumers mocked it as "Sam-suck" for its unreliable products.

At first fascinated by the firm, author Geoffrey Cain said: "As I got deeper, I felt like I was going down the rabbit hole."

Its rise was tainted with corruption, he writes in "Samsung Rising", a rare English-language detailing of the highly secretive and opaque empire, published last week in the US.

Cain interviewed around 400 people, including current and former Samsung employees, executives and politicians, he said, but many refused to be named or go on the record.

Founder Lee Byung-chul started Samsung -- the name means "Three Stars" -- as a vegetable and dried fish shop in 1938 and after the Korean War expanded into sugar, finance, chemicals, electronics and more.

Lee saw Samsung as more than a business, identified with the war-ravaged nation itself, and it played a key part in South Korea's rise to become Asia's fourth-biggest economy.

He forged close relations with military dictator Park Chung-hee, and married off his sons to daughters of governors and ministers, sealing enduring connections with political power. 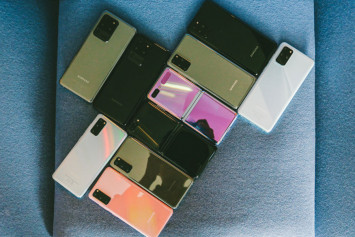 Cain zeroes in on the firm's long-running relationship with Apple, which began when a youthful Steve Jobs met Lee Byung-chul in 1983 as he sought parts to build a tablet computer -- 27 years before releasing the iPad.

A short-lived alliance was revived in 2005, when Samsung Electronics went to Jobs with its new NAND flash memory chips and became sole memory provider for the iPod.

The South Korean firm has since become a competitor to Apple as well as a supplier, even though its own executives once dismissed their own products, saying the iPhone and Galaxy S were as different as "heaven and earth".

The change was effected through military-style discipline and long, intense hours, Cain says.

"Untouchable 'generals' charged into each new project, and even when things looked iffy, the field troops were expected to praise them to the skies, convincing themselves of their company's and leaders' greatness," he writes.

Despite sometimes "bizarro" working practices -- lorryloads of fruit were delivered to a US office to remind staff of their mission "to take a bite out of Apple" -- most Samsung employees displayed unquestioning reverence for the founding family, Cain writes.

Samsung is by far the biggest of the family-controlled conglomerates known as chaebol that dominate business in the South, and has come to epitomise their power, influence, and murky political connections.

With senior executives Lee Kun-hee, the founder's son and successor, planned a smooth hereditary transfer to his own son Lee Jae-yong, using financial tools like convertible bonds, exploiting legal loopholes, and even cash gifts, with Cain saying: "People were lining up to go to jail for the chairman." 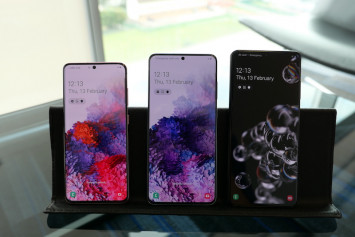 In the event it was Lee Jae-yong himself who ended up behind bars, found guilty of bribing former president Park Geun-hye as part of the sprawling corruption scandal that brought her down.

The vice-chairman of Samsung Electronics and the group's de facto leader since a 2014 heart attack left his father bedridden, he served a year in jail before most of his convictions were dismissed on appeal, but is now being re-tried.

Samsung Electronics declined to comment about the book to AFP, but its Korean publisher said the company had not sought to impede publication.

South Korea's chaebols have little in common with the more entrepreneurial and shareholder-driven firms in the US, writes Cain.

In the past, several conglomerate leaders have been criminally convicted but have all ultimately received presidential pardons -- including Lee Kun-hee, found guilty of bribing politicians and, separately, embezzlement and tax evasion.

"Could you imagine Steve Jobs getting pardoned by two different US presidents, and Americans calling their country the 'United States of Apple?'" Cain told AFP.

But Lee Jae-yong's prison absence did Samsung Electronics no financial damage -- it made record profits during the period, and its shareholders have no doubts.

At its annual meeting last week Kim Sang-woon, 68, told AFP that he was "honoured" to own a small piece of the empire, adding: "I'm very satisfied and proud of everything."