While Samsung is preparing to re-launch the Galaxy Fold, Bloomberg claims that the South Korean company is also working to launch its second foldable phone early next year.

Sources familiar with the product's development told Bloomberg that the second foldable phone will be more affordable and thinner than the Galaxy Fold.

It is said to have a 6.7-inch inner display made of Ultra-Thin Glass (UTG).

The 6.7-inch display can also shrink to a pocketable square when folded inwards like a clamshell. 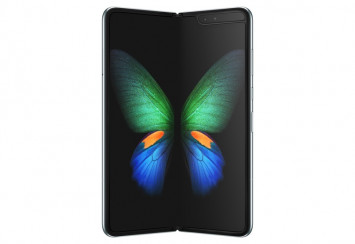 This also allows the device to run Android phone apps in their native state as its shape is basically that of a smartphone when opened.

Similar to the Galaxy Note10, the second foldable phone will have a hole-punch selfie camera on the 6.7-inch inner display and two cameras that face the rear when the phone is open or the front when it is flipped closed.

To appeal to a wider range of customers, Samsung is reportedly working with American designer Thom Browne for the second foldable phone.