Just two months before the alleged release date at the Mobile World Conference, there has been another leak about the fabled Samsung Galaxy S10: the camera is expected to get a new, artsy mode.

Samsung has been demonstrating its commitment to smartphone photography innovation by increasing the lens count every couple releases; the newest fleet consists of some with up to three just on the rear and more modes and settings than the last generation. To follow the trend, Galaxy S10 is expected to gain an "Artistic Live Focus" feature according to Galaxy Club.

Several Samsung models already have Live Focus, a mode that allows users to take bokeh shots whose blur effect can be further customised after the picture has been taken. "Artistic Live Focus" implies that the new model will have a whole new level of effects to make portraits even more impressive; Galaxy Club claims this option will allow users to create digital animations and give images special effects.

Considering that the S10 will likely use Qualcomm's Snapdragon 855, the computational photography will certainly be next level anyway since several of its competitors have not yet announced plans to release devices with a more recent SoC than the 845, though they're doubtlessly in the works. 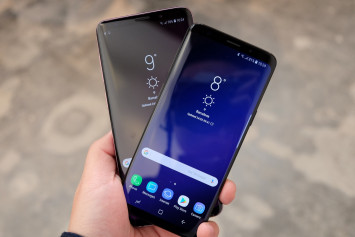 Apart from the camera features, it is predicted that the model will come with the punch-out Infinity-O design that the A8s showed off during its unveiling in China earlier this month. While some companies like Xiaomi and Lenovo are putting their front cameras on a mechanism that slides out from behind the display in order to reduce bezel size and omit the infamous notch, Samsung has been experimenting with hole-punch designs.

At the Samsung Developer Conference in November, the company revealed four new display options that may or may not come to reality: the Infinity-U, the Infinity-V, the New Infinity, and, of course, the Infinity-O which has already hit the commercial market. Though the O display is the most likely at this point as we have already seen the technology in Samsung's mobile portfolio, it could don any of these designs.

With leaks coming every couple weeks about the S10, it is hard to imagine that people will have to wait until the official reveal for more specs; hopefully, Samsung will weigh in sooner rather than later.