Scientists at work in the VirPath university laboratory, classified as 'P3' level of safety, as they try to find an effective treatment against the new Covid-19 coronavirus.

PARIS - As the novel coronavirus spreads around the world, scientists are using the latest computer modelling techniques to predict its fallout: from the eventual number of cases and deaths to the peak of the outbreak.

Recent decades have seen the power of new computer processors combine with ever-more sophisticated mathematical models to give health authorities a far better idea of how far and fast diseases are likely to spread.

Despite an inevitable margin of error, scientists are now able to predict the path the novel coronavirus, which has already killed nearly 1,400 people, will take.

France's health minister Agnes Buzyn said on Feb 14 that she had held telephone talks with her G7 counterparts to expedite modelling of the diseases' eventual spread and severity.

Models are built in a compound manner, taking into account data of the virus's known history - transmission, mortality and recovery rates - as well as human behaviour trends, such as air traffic patterns.

But it's not enough to be sophisticated: the best models are also adaptable.

"It's a trade off: the more you refine the model the harder it is to manipulate it and it opens the door to a wide margin of error," said Arnaud Banos, from France's National Centre for Scientific Research.

In order to adapt in real time to outbreak developments, researchers carry out simulations by inserting new data as it emerges.

"This might be the appearance of a new epidemic hotspot or a new public health measure that the model couldn't have foreseen," Banos told AFP.

A British team at the London School of Hygiene and Tropical Medicine used computer modelling this week to estimate that the peak of the outbreak in the virus' epicentre, the Chinese city of Wuhan, could come in mid-to-late February.

"There is of course a lot of uncertainty in exactly when this will occur and how big it might be," said team-member Adam Kucharski. 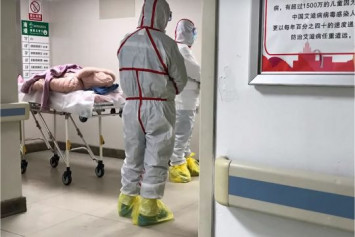 "This is an analysis by an experienced and talented team but as always the limitations of the available data will affect their predictions," he said.

Another study published at the beginning of February had modelled that at least 75,000 people were infected in Wuhan.

Some models compiled at the beginning of outbreaks turn out erroneous results due to the relative lack of data upon which to base them.

This was the case with the BSE outbreak in Britain in the 1990s.

"Some models issued by reputable research groups said there would be as many as 136,000 cases," said the of the Institut Pasteur's Arnaud Fontanet.

"These uncertainties were largely based on assumptions concerning the diseases' incubation period."

In total 177 people contracted the disease.

But computer models have come a long way in twenty years, and are increasingly benefiting from input from artificial intelligence. 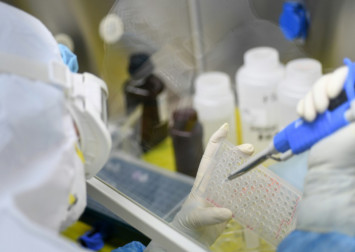 According to Banos, this allows scientists to pick up on what are termed "weak signals" that could prove crucial in determining the accuracy of models.

"These could be individual exchanges on social media discussing symptoms," he said.

"The idea is to permanently collect mass amounts of data so that weak signals are automatically picked up and related to the evolution of the disease," Banos added.