Most of us forward-thinking folks fancy driving around an electric vehicle, but there’s always that hesitance in actually purchasing one for use here. The fear of losing power mid-journey looms pretty large when there aren’t ample, conveniently accessible spots across the country to plug in.

Royal Dutch Shell — one of the world’s biggest oil and gas groups — wants to change that in Singapore. Aside from providing the liquidated remains of ancient organisms to run your cars, Shell stations here will soon be able to pump electric vehicles with the juice they need for a greener drive.

Not only is it Shell’s response to the (rightfully) increasing concerns about climate change, it’s also to allay the fears of using an electric car in Singapore. A study conducted by market research firm Edelman Intelligence revealed that half of Singapore’s population believe that it’s not practical to own an electric vehicle if one lives in an HDB apartment or condominium because there’s no access to a charging station. Nearly half of the respondents are likely to purchase or use electric cars if there were enough charging stations in the country.

It’s a reasonable concern. As such, Shell has launched a new service called Shell Recharge which would see 10 of its stations around the country equipped with electric vehicle charging points by the end of October. It would be the service’s first rollout in Southeast Asia and the second one in Asia, following one in China’s Tianjin. 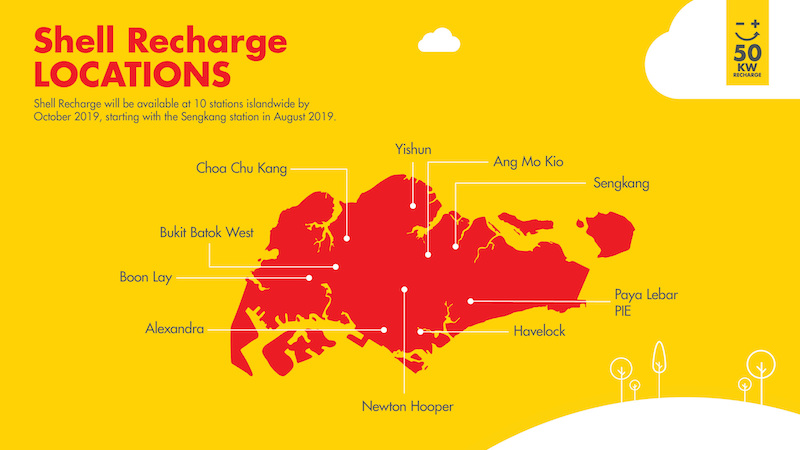 Right now, the service is only available at a Shell station in Sengkang, and the reason behind the town getting first dibs is apparently due to… youth. Economic Development Board Managing Director Chng Kai Fong noted that Punggol has one of the densest populations of younger folks, who are more conscious about the size of their carbon footprint. So yes, the idea to plop the charging point in Sengkang is because there might be more woke residents around. 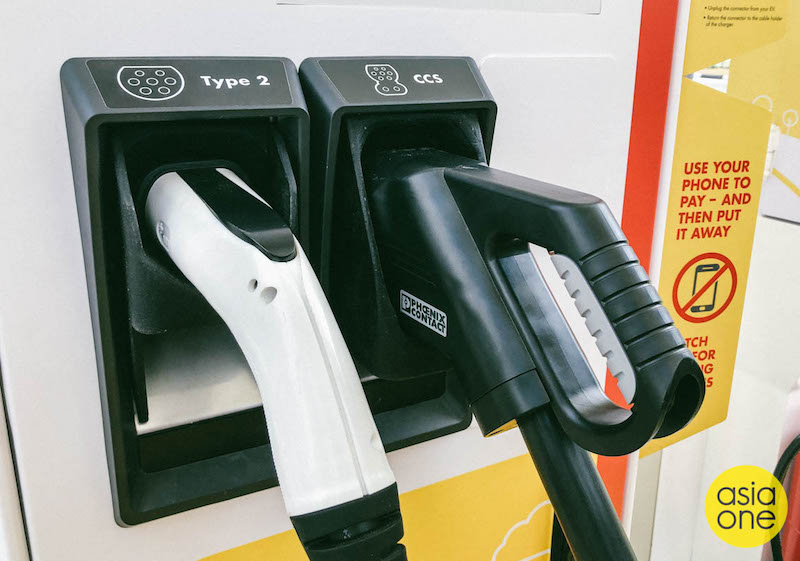 Compatible with most electric vehicles used in Singapore, Shell’s rapid DC chargers are touted to juice a zero per cent to 80 per cent charge in approximately 30 minutes, which should be able to run for 380km or more, depending on the vehicle’s power consumption. That’s a lot longer than filling up a standard vehicle with petrol, but a Shell technical expert assures me that it’s a lot faster than the standard EV charging facilities already available in public, which uses AC power.

Take for example the BlueSG cars. The vehicles are fitted with inlets that allow for AC charging only and it could take two to six hours to be fully juiced up. 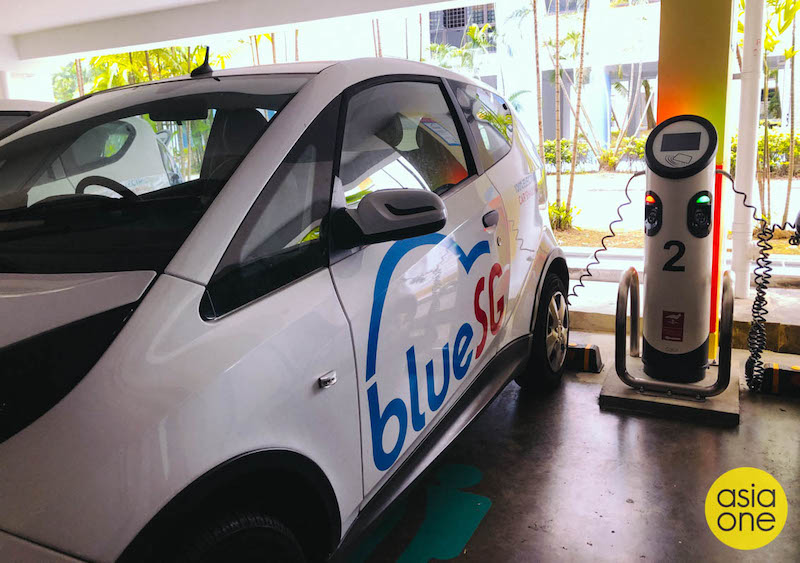 Compared to that, half an hour sounds much better. But in lieu of twiddling your fingers in the car while waiting for the battery to recharge, Shell invites drivers to juice themselves up inside the revamped station stores, which offer a decent range of snacks, meals and drinks via its own food label Deli by Shell.

In terms of cost, the service is priced at $0.55 per kWh — which is subject to change due to electricity tariffs, government taxes and other dynamic factors. Payment is a little bit trickier because customers have to use prepaid credits through a Greenlots account (you can’t charge it directly to your credit or debit cards). But at least the Greenlots mobile app customers need to download is pretty intuitive and lets people see which Shell Recharge stations are available for use. 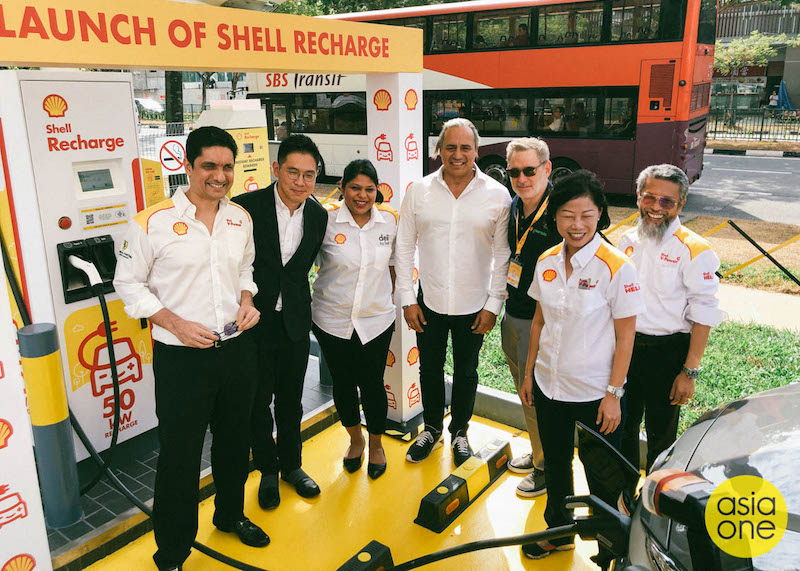 The push towards electric-vehicle usage aligns with the oil giant’s goal to become the largest electricity company by the 2030s. By next year, Shell plans to invest up to $2 billion a year in new energy technologies ahead of an expected global shift towards electricity.

“Shell Recharge is one such example of how we make it more convenient for our customers to embrace cleaner mobility.” 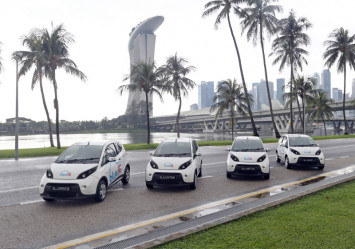 It’s probably important to note that Shell is not the first in providing a solution to the electric vehicle charging point scarcity here. Earlier this year, SP Group rolled out eight charging points across the country and plans to launch 1,000 of them in total by next year. These charging points too are able to rapidly charge vehicles within half an hour.

The question we should be asking, however, is whether Singapore actually needs these charging points. According to the Land Transport Authority, there are only about 1,100 electric vehicles here — a mere 0.1 per cent of the total vehicle population.

The data derived from Edelman’s study does provide a wee bit of encouragement, though. Fifty-two per cent of the Singaporean respondents expressed that the lack of charging stations is pushing them away from electric vehicles; 45 per cent are afraid of running out of power while on the road; 41 per cent don’t live or work near a charging point.

Perhaps Shell's and SP Group’s mantra, for now, is, “If you build it, they will come”. But seeing how it's already pretty daunting to even purchase and own a private vehicle here, the drive towards an all-electric future might actually take a little longer than the estimated time of arrival.