When talking about portable workstations or entertainment devices, the Apple iPad is likely one of the first things that come to mind. The recent release of the iPad Pro 2020 is supposedly a step up from its 2018 predecessor with improvements on all fronts.

But is it really worth the extra money you’re paying for it? Or are you better off sticking with the 2018 model? Let’s find out.

Appearance-wise, nothing much has changed from the 2018 model (3rd generation) to the 2020 model. The overall aesthetic and feel are extremely similar with identical dimensions for both the 11-inch and 12.9-inch model. Personally, I actually love the design of the iPad pro.

The thin bezels, sleek aluminium finish gives the iPad Pro a classic and premium finish. So I’m totally backing the design on both the 2020, and 2018 model. 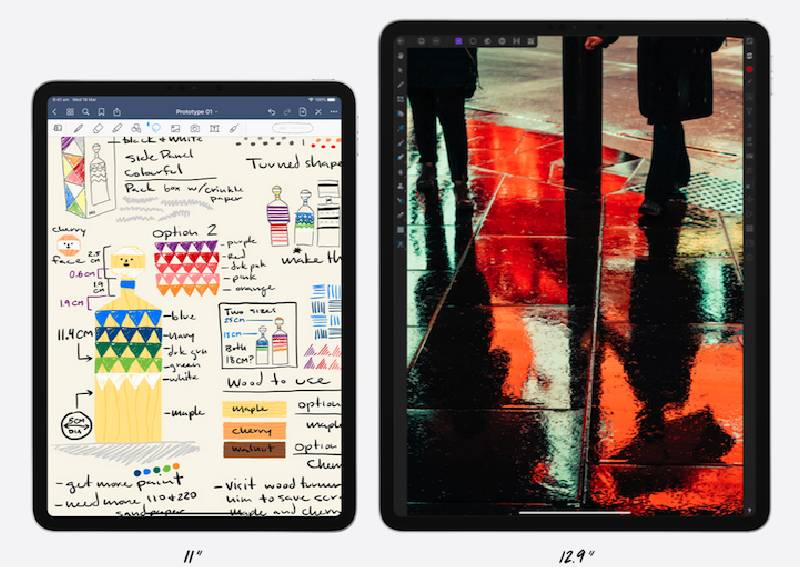 The familiar silver or space grey finish stays the same, and there is no headphone jack, which is no longer a surprise by now.

Perhaps the biggest difference between the two models lies in the cameras. The iPad Pro 2020 features both wide and ultra-wide lenses as well as a LiDAR (Light Detection And Ranging) sensor on the back of the tablet, whereas the iPad Pro 2018 has a single 12MP wide lens.

This also marks the iPad Pro 2020 as the first Apple tablet to have dual cameras, and the LiDAR sensor. 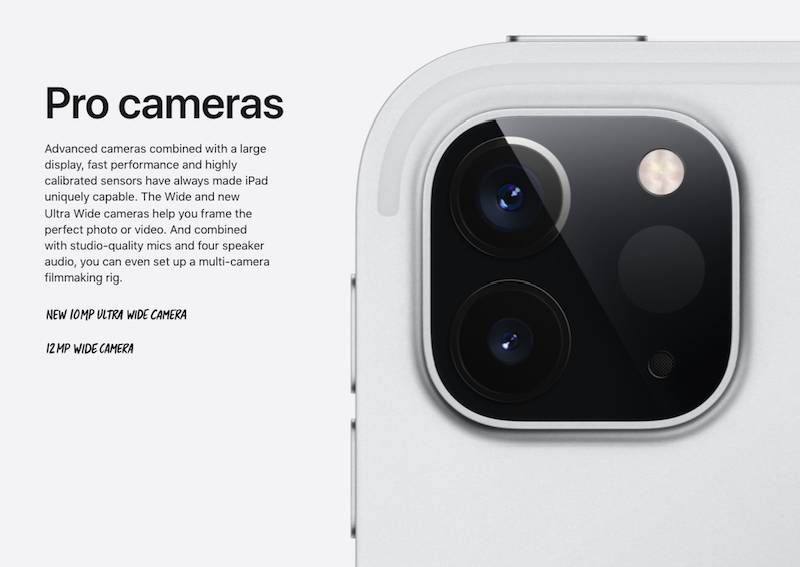 Now if you have used a smartphone with an ultra-wide lens, you’ll know the difference it makes. Depth perception is enhanced with the LiDAR sensor which also improves augmented reality performance.

While that might seem like the distant future, I can’t wait to see what Apple brings to the table with this fancy depth sensor. Maybe even, AR games?

Meanwhile, the front-facing TrueDepth camera remains at 7MP which is pretty clear on FaceTime and portrait mode shots.

If you’re an avid Apple fan, the UI is your run-of-the-mill iPadOS. You get the same multi-gestures and iOS interface. Of course, it runs seamlessly and the responsive touchscreen with Liquid Retina display grants a pleasant experience when you’re using the iPad. 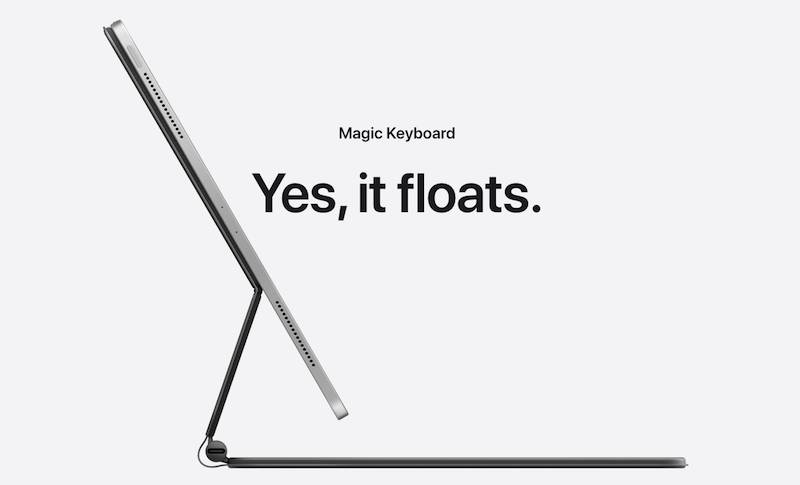 Ever since iPad OS 13.4, Apple has incorporated a couple of gadgets into the iPad line to make the iPad a powerful portable workstation. With the introduction of the Magic Mouse and Magic Keyboard, the iPad Pro 2020 is blurring the lines between laptop and tablet.

The cursor support and re-imagine trackpad on the Magic Keyboard which is the coolest feature (in my opinion) brings the iPad Pro much closer to being a laptop.

Creative designers, students and avid note takers will love the Apple Pencil that makes it a breeze to write and draw with apps such as GoodNotes and Procreate. 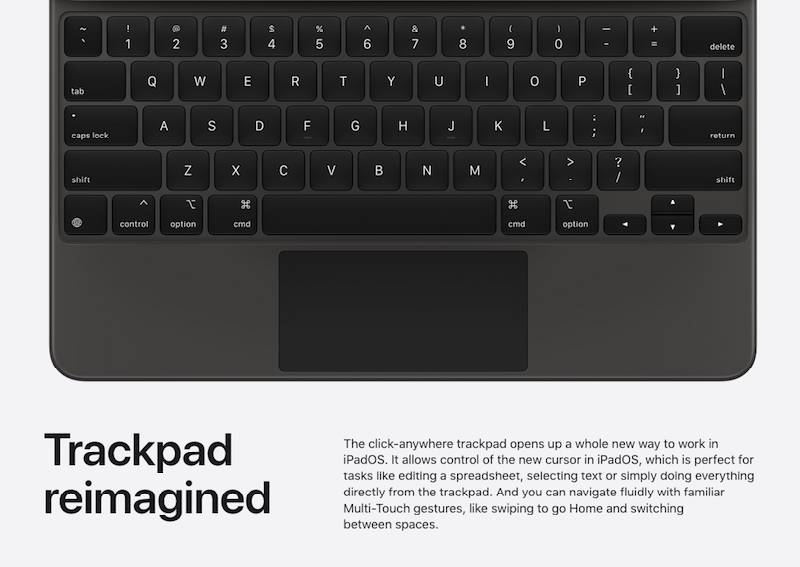 The newest Magic Keyboard is backward compatible with iPad Pro 2018, which is amazing (and pretty rare). But the Magic Keyboard is rather steeply priced, so you can still opt for the Smart Folio Keyboard if you want to save some money.

Don’t get me wrong, both chips are extremely powerful and are by no means lack lustre. The A12Z Bionic is still the most powerful tablet processor available on the market, but the A12X is not far behind. 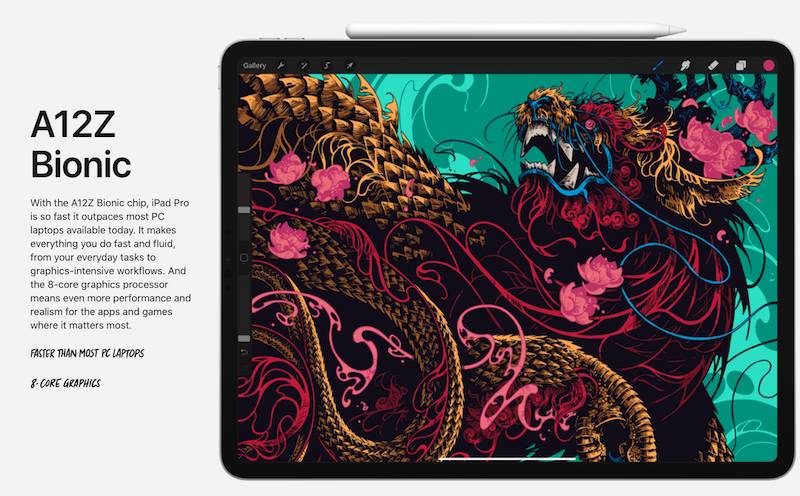 The A12Z might even be so powerful that not many applications fully pushes the boundaries of this processor, so you’re left with a touch of untapped potential. But with the LiDAR sensor and AR capabilities, we might be seeing major developments soon in the future.

Without a doubt, the iPad Pro 2020 is the most powerful tablet you can get your hands on at the moment.

Now the million-dollar question: Should you get it? Well, that depends on whether you already have the iPad Pro 2018. If you do, you probably wouldn’t need to make an upgrade just for the improved cameras.

The iPad Pro 2018 is still extremely updated and relevant today due to its powerful A12X Bionic processor and beautiful Liquid Retina display, which has remained unchanged in the 2020 version.

On the other hand, if you’re on the hunt for a brand new tablet, the iPad Pro 2020 is my top recommendation. You can’t go wrong with either the 11-inch or 12.9-inch model as it comes down to personal preference and portability.