Nothing beats ending the year with a memorable vacation that has long been in your bucket list. No harm getting all fresh and recharged before facing the new decade.

As the Social Media Gods demand, snapping an artsy photo of your passport and flight ticket would be a prerequisite procedure to show everyone that you are moments away from embarking on an overseas adventure.

One Singapore citizen, however, apparently has no plans for a vacation during the holiday season. That didn't stop him from joining in on the fun.

Facebook user Mohamed Ali shared his very own passport snap last Friday (Dec 13), but he wasn't catching a flight anytime soon. In lieu of an air ticket sticking out from his passport, it was just a grocery receipt he had on hand.

Bye SG... Actually im not going anywhere. But since everyone posting passport pix, I also post lah. By the way, thats not a flight ticket. Its a receipt from grocery store

Singaporean netizens have been thoroughly amused by his cheeky antics and deemed it the best travelling post of the year. Others just couldn't wait to give it a try themselves. 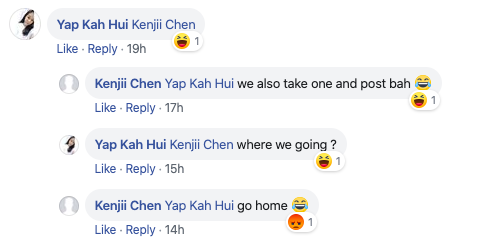 Others lamented how relatable this is to them since they too did not have any vacation plans.