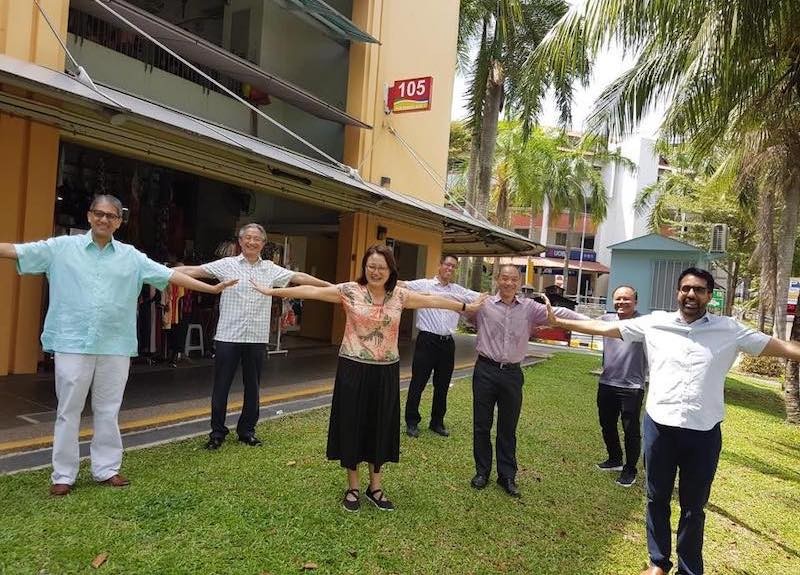 Social distancing is all the rage these days, even though that’s pretty much a daily routine for introverts, agoraphobics and homebodies. Love it or hate it, the habits of the easily anxious will protect you (and others) from the ongoing global pandemic.

Staying spaced out from other people seems to be something that the powers that be want to hammer in these days too.

Judging from the trend of social media postings by Members of Parliament (MPs) across the political divide, it’s utterly important to give other folks a wide berth.

Take the Workers’ Party, for example. The opposition party in Parliament made sure to showcase how they’re leading by example on Facebook — by putting both their arms out and keeping away from each other at that length.

From the view of someone who spends too much time on the internet, this is called doing a “T-pose to assert dominance”, which I’m sure was not the intended message by the party.

Here they are again, this time social distancing sans T-pose after dropping by Kaki Bukit Market & Food Centre in their ward at Aljunied GRC.

Not to be outdone, Sengkang West SMC MP Dr Lam Pin Min also showed the proper length people should be standing away from each other. In lieu of T-posing, the doctor instead deployed just one arm out in a move very familiar to those who’ve done foot drills (ke-kanan, lurus!)

Similarly, Tampines GRC MP Baey Yam Keng dived deep about the importance of social distancing measures at coffeeshops, including a fun anecdote about how a group of aunties are adjusting to the change.

Deputy Prime Minister Heng Swee Keat also checked out how things are going in Tampines GRC and found his constituents complying to social distancing measures at Our Tampines Hub. Taken during a free screening of The Avengers it seems.

But perhaps the biggest showcase of social distancing took place during a Parliament sitting on March 25, where MPs had to be spaced out across two floors.

“This is the first time we have done this,” noted Speaker of Parliament Tan Chuan Jin. “These measures will help ensure that we can carry out our responsibilities fully and effectively despite Covid-19.”

Politics aside, social distancing and self-quarantine play crucial roles in lowering the incidences of infection — something that’s now widely known as “flattening the curve”.

Staying put at home (or at least maintaining some distance from one another) reduces the chances of infection, giving medical workers and the healthcare system a chance to confidently handle the glut of Covid-19 cases without dealing with an onslaught of new ones.

Things get more complicated by the fact that the coronavirus has shown to be able to spread from people who have been infected, even though they don’t show any symptoms. Thus the importance of self-isolating and social distancing practices because you never know if you or someone else is unwittingly spreading the virus.