Who watches the Watchmen?

In Singapore, it's the eagle-eyed comic book aficionados who, the day after the Singapore government decommissioned its superhero squad, called out the artist behind the project for plagiarism.

See, here's the thing about intention: it can be good, but that doesn't necessarily translate into equally good execution.

On April 20, 2020, the Singapore government came up with a superhero-themed campaign to rally positivity amid the dark, bleak times of Covid-19.

Titled the Virus Vanguard, the five-member team was each assigned a unique power to fight the virus.

However, the effort was widely panned.

Negative feedback from the masses caused the government to take down the post the very same day the heroic healthcare "heroes" made their debut.

The reason? Some felt that the heroes' abilities - ranging from easy virus detection to using empathy to "absorb all negativity" - made light of a pandemic that has infected and killed more than 2.5 million and 170,00 individuals globally respectively.

Others were of the sentiment that everyday frontliners, such as healthcare workers, should have been the focus instead.

The Virus Vanguard is undergoing a review. We have received quite a lot of feedback on the characters and we will be...

The government was fast to act on public feedback, closing down the Virus Vanguard segment on the official website, and putting up a post explaining that a review is underway.

Responses were aplenty, but the one that caught the eyes of most came from one Mas Shafreen, who admitted to being the character artist, and wrote the following:

"I am the artist who created the characters. I apologise that the characters came across insensitive. Gov.sg did not ask me to make this comment. I am doing this to clarify things. Band of Doodlers is a local art group and was founded by me, hence the association. It started because a group of us, including myself, wanted to create superhero characters to show appreciation for our frontliners, including healthcare workers, and how we can battle this together. It is also a way for us artists to collaborate together while practising social distancing. That was when I was approached to develop a comic series to help raise awareness on circuit breaker measures.

"As for MAWA Man, I am a Man Utd fan and I will be the first to admit that Liverpool is doing well, unlike Man U. MAWA Man was more about how we should practice safe distancing but the aim is that he will realise that it takes all of us, regardless of which team we support, to pull through this together. And we cannot just do this alone.

"The current situation has affected us all and I know as an artist myself, I am very appreciative of such opportunities given that jobs are hard to come by. I am sorry for the trouble caused and I hope local artists can still be supported with creative projects."

Shafreen's reply comes after the government name-dropped the Band of Doodlers as the collaborating party, whose signature graffiti-style illustration at public spaces has served them well.

Because the government didn't name the artist group behind the project, but identified them in the original post explaining the takedown, it was seen as an act of throwing the group under the bus.

While the long-worded apology did have some success in tempering some of the outrage, both sides seem to have their own faults.

Besides, Shafreen's first attempt was actually pretty good - the influence from other superheroes was definitely unmistakable, though we'd say it was a good piece of work all round:

Elvin Ching James Leong and I drew up this virus-battling superteam as part of a #drawtogether initiative. This is our...

How did it go from the above to the final product is a mystery to us.

A deeper look into the issue revealed more than just furore over insensitivity and misplaced good intentions.

As it turns out, some of the characters from Virus Vanguard might actually have been traced, as suspected by several Facebook users in the comments section. 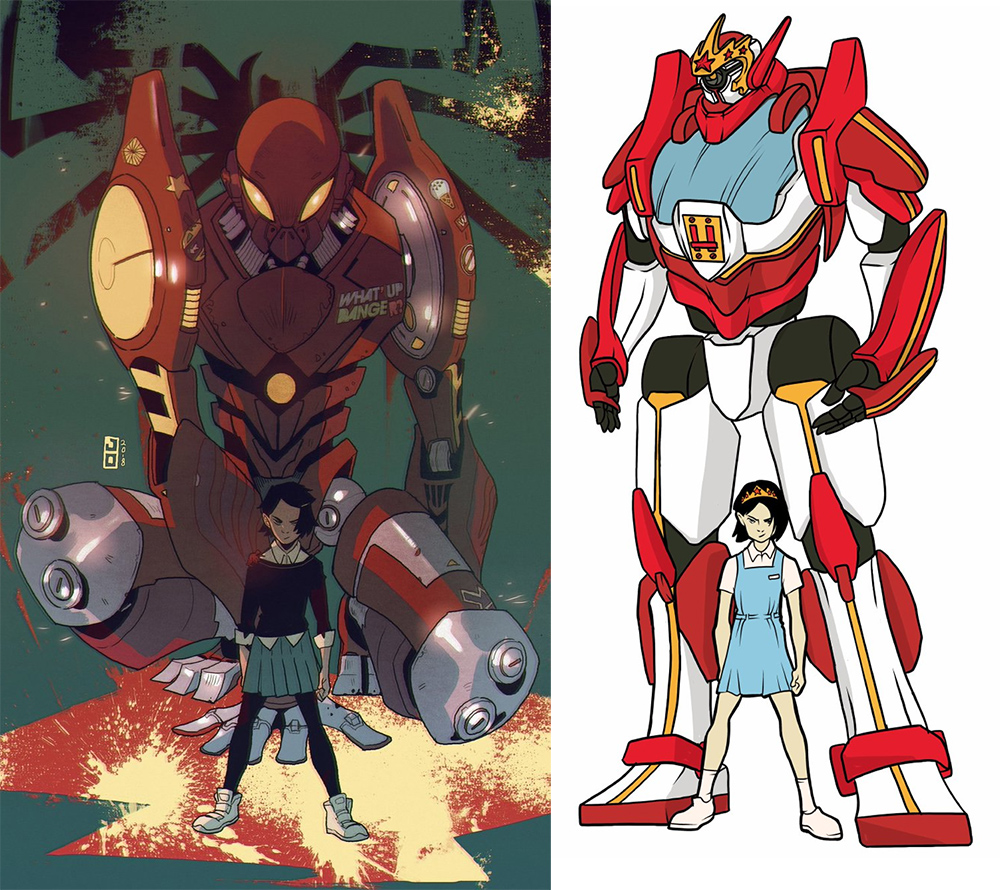 In a thread under the Singapore subreddit, user dodgethis_sg brought to light the first instance of plagiarism.

Putting the hero design of Circuit Hero beside a Peni Parker fanart from Korean artist @SteelScarlet yields a fair bit of similarities, including a mecha pilot, and the same fierce facial expression on both teenage girls.

For reference, here is the original work on Twitter:

Yes, the robot is different but look at the young girl - both poses and stance, including arm placements, facial expressions, and even hairstyle are virtually a copy. 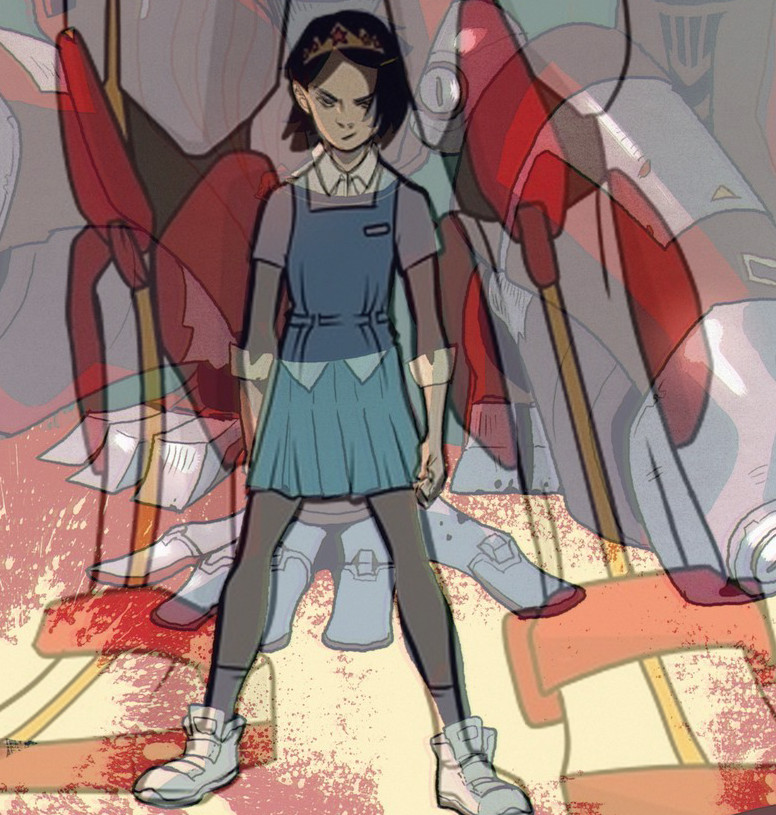 It could be a coincidence, except that more tracing acts were detected by eagle-eyed individuals.

In layering the character of Care-leh Dee (pronounced Care Lady) on top of X-Men's Ororo Monroe, or Storm, the similarities are extremely prominent: The long, flowy hair, the costume design, and the pendant placement of the two figures.

Hello… do you even Care any more lady?

The community has also informed us they've found the source of the original Storm artist as well. And, it originates from CrimsonArtz hosted on DeviantArt.

While the above is in no way definite confirmation that Shafreen (and Band of Doodlers, by extension) has truly committed tracing, the impression formed certainly doesn't bode well for the Singapore-based artist.

Tracing is, after all, viewed as a taboo in the art community, for it reflects a total lack of respect for the original creator. For one who's in the craft to do so is blatant blasphemy.

The concern here is the Singapore government putting their weight (and name) behind this effort. In an era of fake news, legitimacy and moral authority is a much-valued currency that needs to be managed well.

Checking on the founder of the Band of Doodlers, a quick LinkedIn search reveals that the man had indeed worked at PUB - and for near 10 years to boot.

The government has yet to provide detailed reasoning for removing Virus Vanguard, although there's a chance that art theft is the biggest contributing factor.

Considering the popularity of the Band of Doodlers, this fiasco will definitely hurt their chances to bounce back into the local arts scene.

And it looks like Singapore's superheroes bit the dust faster than a snap of the fingers with the Infinity Gauntlet.