SINGAPORE - From Tuesday (July 16), residents of Yishun and Bukit Timah will know who their postman is and can rate him or her through a new feedback channel SingPost is launching to improve service standards and address letterbox-related issues more quickly.

Residents in postal districts beginning with 58, 59, 65 and 76 can now enter them on the mypostman.sg website to read short biographies of their neighbourhood postman. They can also leave a rating and comments that will be shared with them, SingPost said on Tuesday.

This is available now just to residents in these postal districts but will be rolled out nationwide in October.

As part of the same campaign, SingPost will mail about two million sets of fridge magnets to every household and business unit in Singapore. The set of four magnets includes one with a QR code that can be scanned for quick access to the site.

In addition to the rating feature, the new website also has a general feedback page which customers can use to alert SingPost of service and letterbox-related issues and incidents. 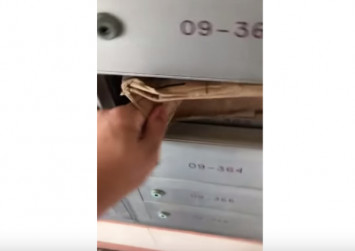 Stickers with QR codes that link to the page have also been put up above HDB letterbox nests in the trial estates.

"The response time depends on the type of issue reported, but critical issues - including unlocked master doors - reported through the new feedback channel will be flagged and prioritised in our system with the intent of attending to them as soon as possible," said spokesman Robin Goh.

Other enquiries including sales and post-office-related issues may still be directed to singpost.com or its hotline, 1605, he said.

The MyPostman campaign was first announced last month and is among a number of other longer-term initiatives by the postal service provider to recapture the public's trust after a spate of service lapses.

These include the launch of a new trackable letterbox mail product and role specialisation for postmen.

In response to a question in Parliament last week on SingPost's service standards, Minister for Communications and Information S. Iswaran said that there are early signs of improvement. 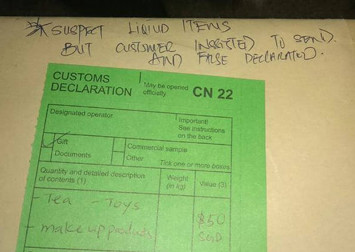 SingPost saw a 30 per cent drop in the number of letter and parcel delivery complaints in May compared with the month before, he said.

SingPost's Singapore head and chief executive of postal services Vincent Phang said the MyPostman campaign aims to put a face to the men and women who deliver mail to communities daily.

"While primarily aimed at increasing SingPost's service standards, what we hope this campaign does is also to foster a spirit of community and to encourage residents to get to know their postman, who provides a public service," he said.

SingPost has said that the ratings, which are out of five stars, will not be tied to incentives for its more than 1,100 postmen for now.