SINGAPORE - Telco giant Singtel wants Singapore's telecoms regulator to give out the two 5G mobile network licences for free, a move that would reduce significantly the investments needed to build the new 5G service.

But should the Infocomm Media Development Authority (IMDA) decide to assign the 5G airwaves to two winning proposals, Singtel has "all the right ingredients" to win the rights to operate the network, its Singapore consumer chief Yuen Kuan Moon said on Tuesday (June 4).

The two nationwide networks could roll out as early as next year.

IMDA is currently holding a public consultation to get feedback from industry players and members of the public on a set of proposed 5G regulatory framework, including how it plans to pick operators. The consultation ends at noon on June 19.

It does not plan to hold an airwaves auction, it had said last month.

Mr Yuen, speaking to reporters at the launch of Singtel's first unmanned pop-up store day, said his company is "appealing to our regulator to reconsider" its plan to hand out the licences to the two winning proposals. 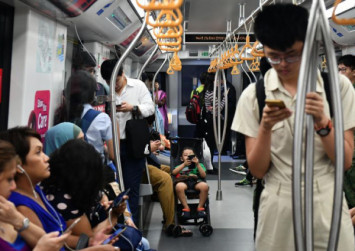 "Some other countries have given 5G licences for free, without an auction or without a beauty contest," he told The Straits Times.

While the 5G mobile network will benefit frontier applications such as self-driving cars and virtual-reality content streaming services in the future, there are currently hardly any immediate ways for industry players to effectively monetise the service.

With all the preparatory work Singtel has put in place, Mr Yuen thinks it can put in a strong case for the proposed beauty contest.

"We have all the right ingredients... We believe we will put up a very strong proposition for the beauty contest."

He also said he was not overly concerned with who will win the the 5G licences as the winners have to sell network services wholesale to mobile operators who are not issued with the airwaves.

"In fact, there could potentially be only one network operation with everyone sharing it. We'd be happy to roll out, deploy that network and wholesale to all the rest of the people," he added.

In Singapore, there are no immediate applications for the consumer sector and he thinks the application of 5G technologies will largely be in the business-to-business sector, although very few commercial applications of the technology exist currently.

The unmanned pop-up store Mr Yuen launched, which is a pilot effort, is at 20 Pickering Street. It is a self-service store that allows customers to try out mobile phones, sign up for subscription plans and buy mobile phone accessories round the clock and every day.

There are no shop assistants but customers are greeted by a customer service staff via a video screen on a roving robot.

When they are ready to sign up for a mobile phone plan, they will be guided step-by-step by a sales staff via a video screen.

Singtel plans to deploy more of such unmanned stores across the island, including at key transport hubs and school campuses.

Until then, the unmanned store will stay at 20 Pickering Street for "a couple of months", said Singtel.

Such unmanned stores could be one of the ways to apply the 5G technologies, Mr Yuen noted.

"If 5G is available, I can move the pop-up store everywhere... and provide all the connectivity to the store without having to lay any fibre cables to provide the Internet connection," he said.

This will be one commercial application that can be used by all pop-up stores in Singapore, he added.