Five years after the release of the Sony A7, Sony has finally unveiled the video-centric Alpha 7S III camera which it markets as a video camera in the body of a stills camera.

The new camera comes with various improvements to make it the ideal camera for videographers such as the lack of a record limit in any resolution and the ability to record in 10-bit 4:2:2 in all resolutions and frame rates.

Another major improvement is that the a7S III is designed to not overheat even while capturing hi-res 4K 60p videos.

The camera also comes with high-speed continuous shooting at 10fps which allows users to take over 1,000 uncompressed RAW images with full autofocus and auto exposure tracking.

"We are always listening to our customers' feedback, pushing hard to deliver innovation that goes far beyond their expectations. There is no better example than this new camera."

The new camera will also be the first in the a7S series to carry Fast Hybrid AF which combines phase-detection and contrast-detection AF, making it able to track subjects over a wide area with speed and precision.

The new BIONZ XR image processing engine in the A7S III is a step up from the previous BIONZ X and comes with 8x the processing power and 2x faster readout speed. This will help to improve autofocus, high frame rate shooting while helping to reduce rolling shutter on the camera.

Also as mentioned, the camera will come with the lack of a record limit, with the only limitation for how long the camera can record a video being its battery life and media storage.

Aside from all that, the camera also sports a redesigned menu with touchscreen control, a 9.44 million dot OLED viewfinder, along with a side-flip LDC screen so you can do selfie-shooting for vlogs. 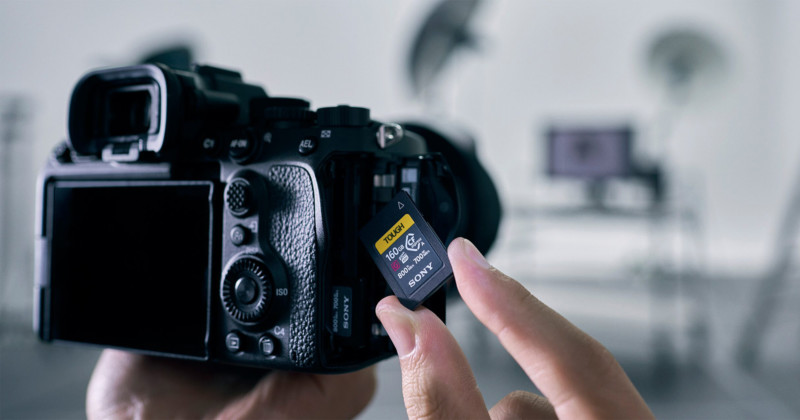 Along with the new a7S III camera, Sony has also announced the new CFexpress Type A memory card that enables high-speed data processing.

Conveniently enough, the Alpha 7S III comes with dual-purpose memory card slots that can read either an SD card or the new CFexpress Type A card. Users can even choose to set the cards for simultaneous or relay recording.

The new Sony Alpha 7S III will be available in Singapore from October 2020.