Speaker of Parliament Tan Chuan-Jin is no stranger to Twitter and the local Liverpool Football Club fandom, but over the weekend, the man really let his geek flag fly with the revelation that he’s into painting miniature figurines.

It’s no coincidence too that he’s doing so during the circuit breaker. As people around the world look for diversions while adhering to social distancing measures, they’ve taken to calming housebound activities to beat cabin fever.

These days, it’s mostly Animal Crossing: New Horizons and bingeing on Netflix’s Tiger King, but for the nerdier ones — like our Speaker of Parliament, apparently — it’s stuff like painting miniatures.

From the looks of it, it seems that Tan knows his stuff when it comes to the little-known hobby. The man is certainly familiar with how to assemble and prep his models for painting, sharing that he’s got at least four figurines lined up to work on. Judging from his choices — including a Spartan warrior and the last Grand Master of the Knights Templar — Tan is a bit of a history geek as well.

The Speaker of Parliament was also ready to talk shop with fellow hobbyists in the comments section. 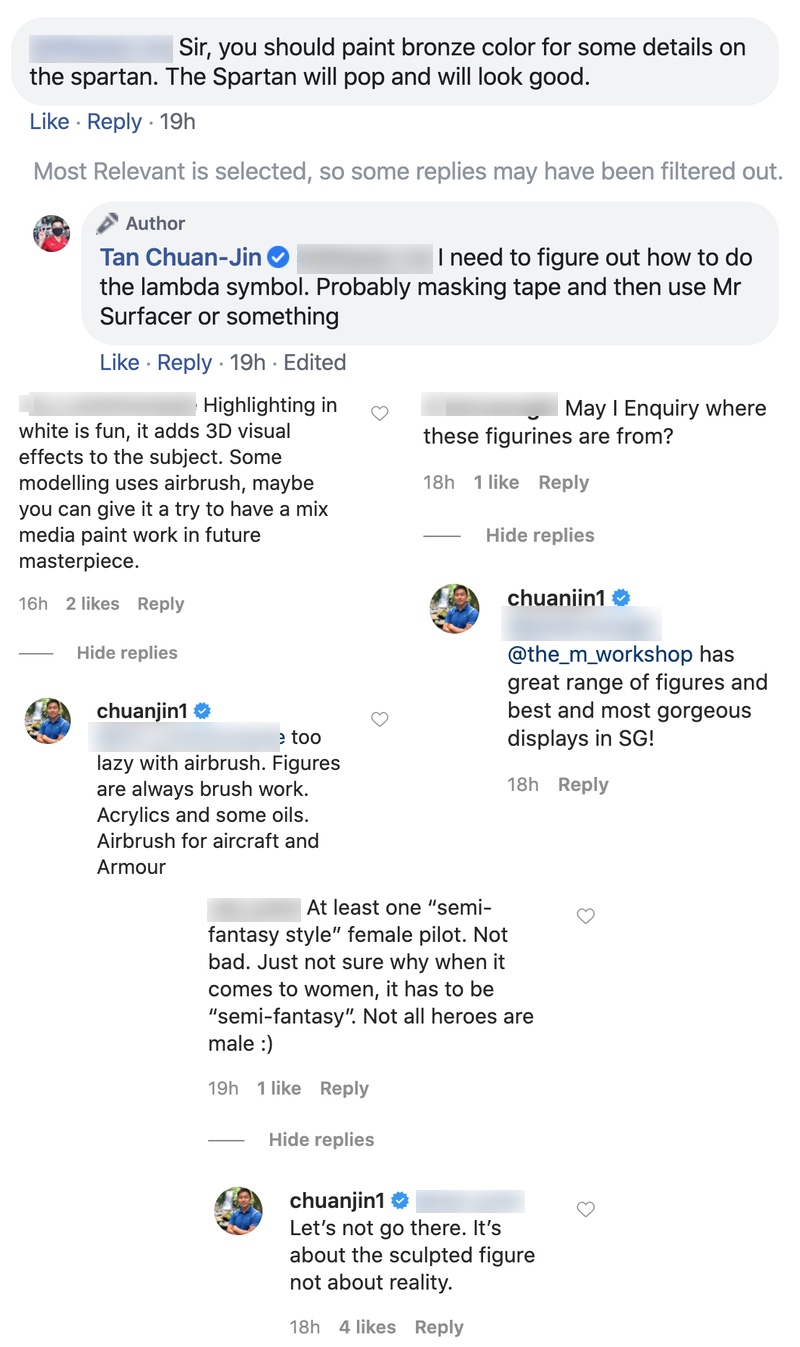 With today (May 4) being some sort of commemoration for something called ‘Star Wars’, Tan made sure to do his part in his platform.

Not quite Darth Vader’s mask....but masking up in Parliament today. Here at the Start Line before going to the FUP or...

In case you want to see what the whole fuss is about, here's a beginner's guide to painting minis.