Standard Chartered Plc is the latest entity to distance itself from Zoom.

SINGAPORE/NEW YORK - Standard Chartered Plc is the first major global bank to tell employees not to use Zoom Video Communications Inc during the coronavirus pandemic due to cybersecurity concerns, according to a memo.

A Standard Chartered spokeswoman declined to comment on the memo. She said cybersecurity remains a top priority and that staff can use several authorised tools for audio and video conferencing.

The London-based bank is the latest entity to distance itself from Zoom after interlopers exposed security flaws by bursting into strangers' video chats in the nude, inserting lewd images into presentations, or hurling racial slurs at participants.

These "Zoombombing" incidents have rattled all kinds of users, as hoards of business people, students, families and friends flocked to the service to stay connected while isolating during the pandemic. Zoom in March had about 200 million people using its system every day, up from 10 million at the end of last year.

Banks have particular worries about cybersecurity because of regulations that can penalise them for exposing customer information, even if inadvertently. 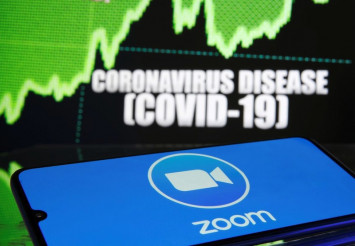 Standard Chartered staff are mostly using Blue Jeans, said two employees who were not authorised to speak on the matter.

The bank joins others ranging from Elon Musk's SpaceX to New York City's public school system and governments in Taiwan and Germany in placing restrictions on Zoom.

In a statement, Zoom said many global customers including financial firms, telecommunications companies, universities, and government agencies had performed "exhaustive security reviews" of its technology and chosen it as a service.

Choosing a communications provider is tricky for banks, which have to balance security concerns, data-access needs and the preferences of clients and employees, who may wander off to another service outside official channels if rules are too stringent.

Industry workers described a mixed experience with video chats in the age of the coronavirus. 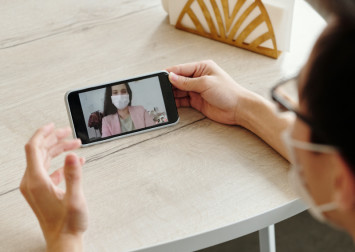 Two JPMorgan Chase & Co employees said they regularly hold meetings on Zoom. It is one of a few videoconferencing tools the bank allows, including Blue Jeans.

Some Goldman Sachs Group Inc employees have been holding virtual "pub outings" on Zoom, where they connect after work with a cocktail or beer in hand to chat, a source said. The bank's chief technology officer told staff in an April 3 video that they could use Zoom and Blue Jeans.

Morgan Stanley employees are also allowed to use Zoom, among other options, a source there said. Barclays Plc only uses Zoom if a client requests it, according to a source. People at Wells Fargo & Co and Citigroup Inc said Zoom is not a familiar option at their banks, which rely on other services.

The Financial Industry Regulatory Authority (FINRA), a self-regulatory group for US brokers, is also still using Zoom after security experts worked through some issues with the company, Thomas Gira, who heads market regulation, said in an interview.