A long-tailed macaque that found its way to the heart of our concrete jungle unwittingly became the star of its own photoshoot after monkeying around near the Artscience Museum at Marina Bay Sands.

The animal — native to the forests of Singapore — had somehow found its way at the popular riverside spot in town back in Oct 2, according to Sabrina K. Nguyen.

The Facebook user shared on the Nature Society (Singapore) group page that she spotted the monkey during a run near Marina Bay Sands back then, expressing concern about how it got there in the first place.

Far from home it may be, but the lone primate didn’t seem too perturbed. It appeared to be just fine hanging about near the museum as it clambered on a railing, played with a budding lotus flower and even posed for a touristy picture with skyscrapers in the background across the Singapore River. 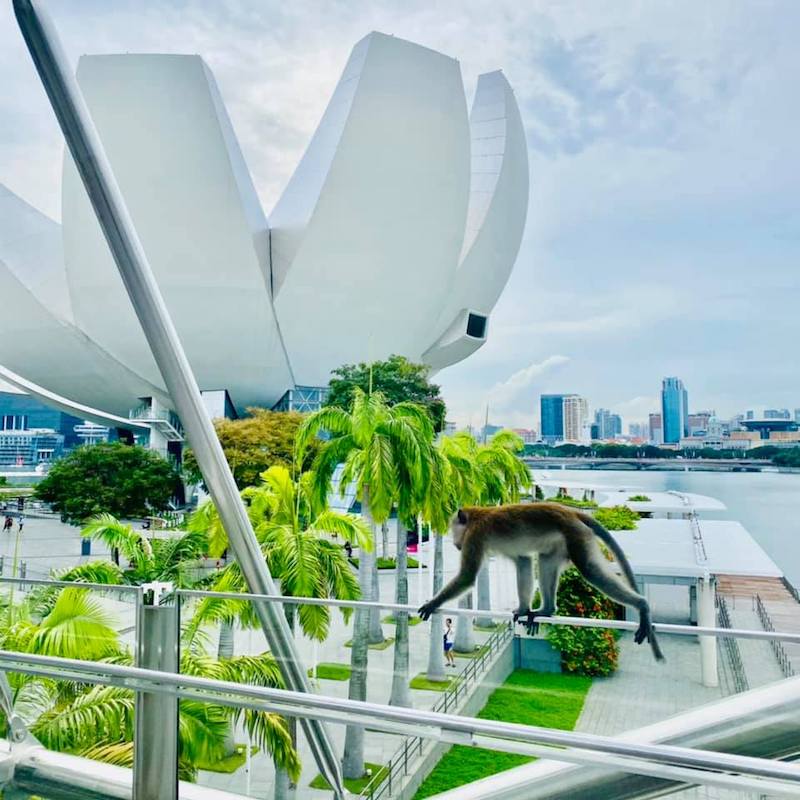 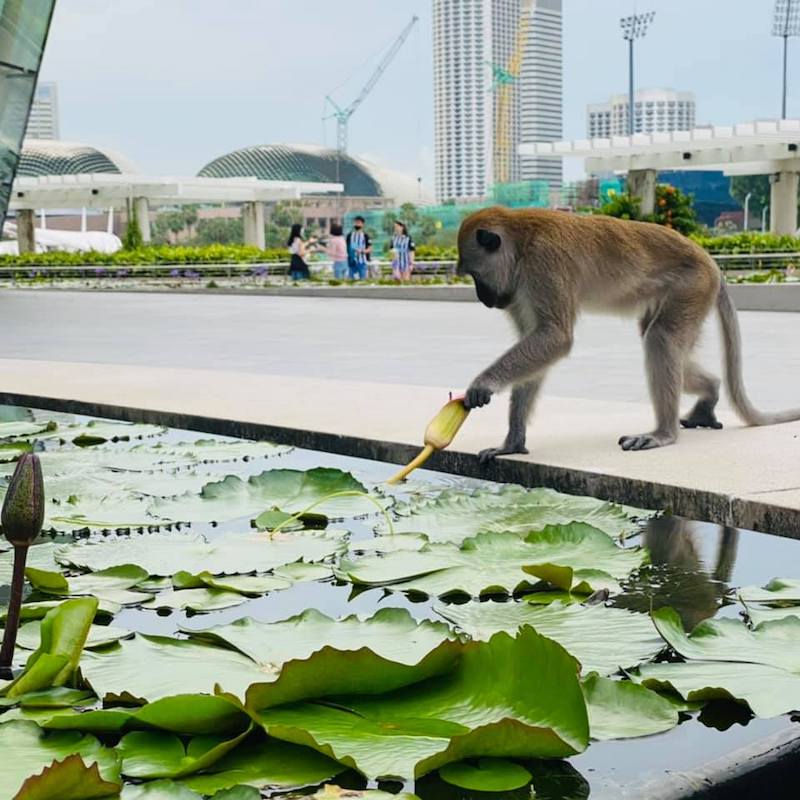 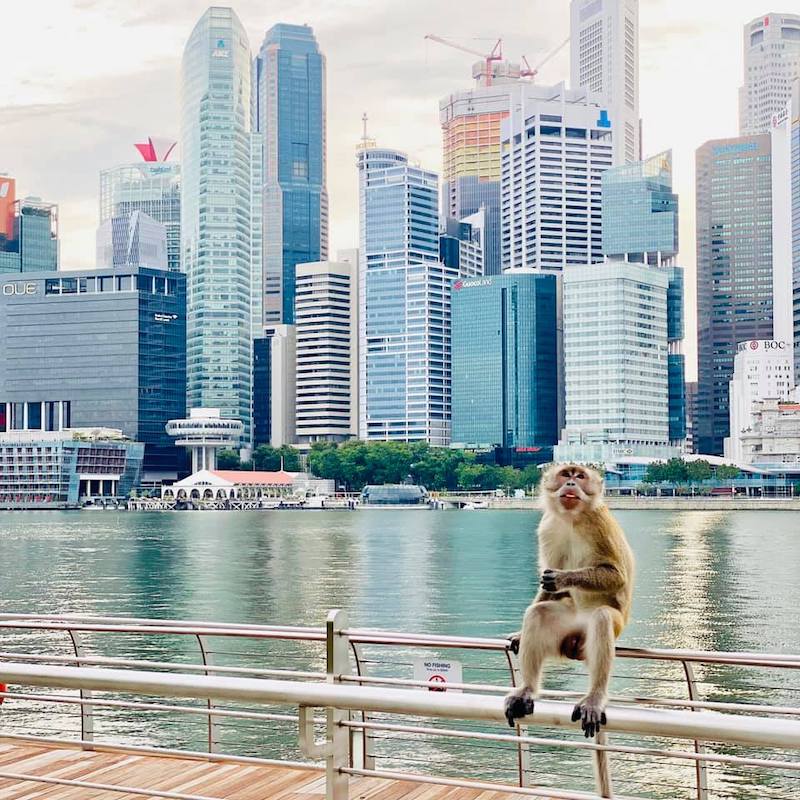 While most commenters oohed and aahed over the mini photoshoot, others too wondered how it managed to find its way to there. 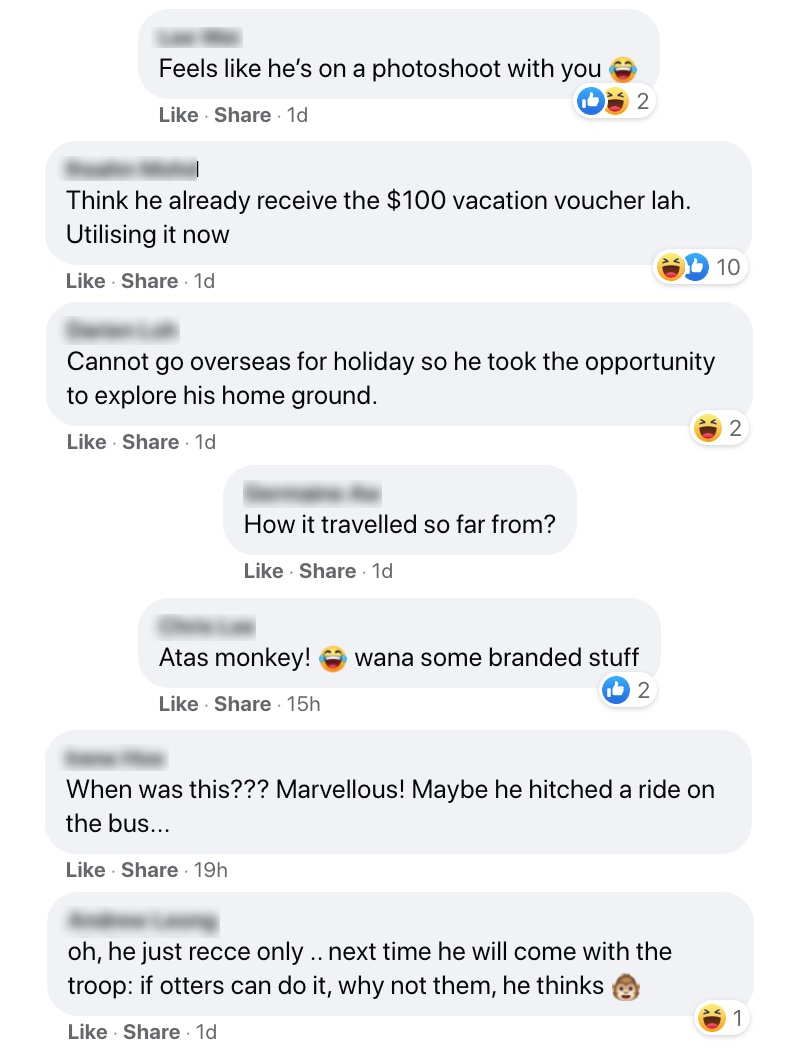 In its advisory on macaques, National Parks Board (NParks) noted that the animals are innately curious and are drawn out of the forest to explore and to seek food. The board strongly advises against feeding monkeys should you encounter them in the open and that it would be best not to make any sudden movements near them.

Basically, just minimise any contact with them. You don't want the wild animals to be munching on discarded food packaging and pulling off heists at supermarkets.

“The community needs to play their role to help the monkeys return to the forest and regain their natural behaviour of foraging,” stated NParks.