Stranger Things Season 4 is its scariest, darkest, and best 1 yet

Stranger than ever and absolutely terrifying.

After three years, the Duffer Brothers' critically-acclaimed tentpole series Stranger Things has finally returned for a fourth season. And what a triumphant return it is.

Stranger Things Season 4 is darker, scarier, and bloodier than ever before, and it is shaping up to be the best season yet.

Set six months after the Battle of Starcourt where the gang defeated the Mind Flayer, the show reintroduces us to a Hawkins that is still grappling with the deep losses from the battle. Our familiar cast of heroes has also grown up and just started high school, which brings with it a new set of complexities, bullies, and teenage drama.

But to no one's surprise, the Upside Down isn't quite done with the sleepy town. A newly horrifying supernatural threat looms large, and it might just be the biggest challenge the gang has faced yet. To make matters worse, Eleven is still powerless, leaving Mike and his friends more vulnerable than ever.

Something is stalking the teenagers in Hawkins, and this time, it appears that no one is safe. And with Will, Eleven, and Joyce in California, everyone is split apart at a time when they need to be together.

Read Also
Black Mirror season 6 in the works at Netflix 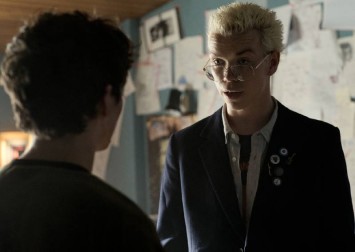 While previous seasons of Stranger Things have always included an element of horror, Season 4 pulls out all the stops. From broken limbs contorted at unnatural angles to the cringe-inducing sound of bones breaking, Season 4 appears to borrow liberally from the bodily mutilation associated with Japanese films like Ring and Ju-On.

The feeling of dread hanging over Hawkins is palpable, and the show is unflinching in its depiction of the nightmarish visions that plague various characters. Earlier seasons were always tempered by a certain whimsical quality that made the show seem more fantasy and less horror, but there is no doubt that Season 4 is taking us deep into the latter's territory.

Alongside its characters, Stranger Things is growing up. There is a new somber maturity to be found, and the show feels fresh despite viewers having already spent three seasons with these characters as they battle all manner of hellspawn the Upside Down throws at them.

To switch up the pacing, Season 4 also follows three concurrent storylines. Dustin, Lucas, Steve, Nancy, and others in Hawkins, Will and his family in California, and Hopper in Russia. The scale of the show has vastly expanded, with our characters strewn across the USA and the globe.

From a show set in a sleepy 80s town, Stranger Things is now a bona fide blockbuster series that is more ambitious than ever. And while the show does not lack in terms of supernatural mysteries, its genius lies in how successfully it manages to turn every season into almost a standalone story.

While each season picks up from the last, this isn't one of those shows that constantly piles question upon question, leaving more and more unanswered mysteries at the end of every season. Season 4 benefits from the relatively tidy ending of Season 3, picking up with a clean slate and a brand new adversary. 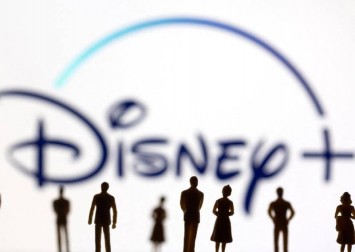 Season 4 has nine episodes in total. Only the first four were made available to the press, but the pacing so far has been spot-on. The writers do an excellent job of building up the tension and giving each storyline just the right amount of time in the spotlight.

The danger of having multiple storylines, even if they end up converging, is that some stories might interest viewers more than others. This isn't the case here at all. We are equally invested in everyone, and each branch in the story is as riveting as the next.

New characters like Eddie Munson (Joseph Quinn), an eccentric who's the head of the Hawkins High official D&D club, and Dmitri (Tom Wlaschiha), a charming Russian prison guard, are also seamlessly integrated into the fabric of the show. Horror movie icon Robert Englund has his turn in the spotlight as well as Victor Creel, a nod to the latest season's roots in the macabre.

There are several noteworthy performances as well. Sadie Sink is a particular standout, perfectly portraying Max's struggle to come to terms with Billy's death in the previous season. Millie Bobby Brown is just as fantastic as ever on Eleven, a mix of brooding teenage angst and the awkwardness of someone who has practically lived in a laboratory their entire life.

Season 4 is looking like a success on multiple fronts, from the star performances of its cast to the terrifying CGI effects that show every dollar of the reported US$30 million (S$41 million) spent per episode. I was hooked from the very first episode, and I can't wait to see what other horrors the rest of the season brings.

Stranger Things Season 4 (Volume One) debuts on Netflix on May 27. Volume Two drops on July 1.