What do you do when the strongest woman in the world wants you to be the most healthy version of yourself? You take good care of your health and well-being, of course.

Chun-Li of the Street Fighter fame, who also proclaims herself (very convincingly) to be the strongest woman in the world, is set to be the best motivation for fans to do so, as she becomes the face of free prescription record notebooks in Japan.

Gracing the front and back of this medicine notebook, the fighter’s illustration certainly breathes life into the traditionally plain-looking cover, especially with its professional and clean style.

In fact, it looks crisp enough to be a piece of official merchandise, and it actually sort of is — these original artworks are drawn by Akira “Akiman” Yasuda, the renowned artist behind the character designs for Street Fighter II, which is when Chun-Li joined the roster for the very first time.

The Chun-Li prescription notebooks can be obtained for free at three non-chain pharmacies in Fukuoka City: Momochihama Chozai Yakkyoku, Chiruda Yakkyoku, and Hoshikaze Yakkyoku, all of which approached Akiman directly with a request to work together, in hopes that the effort would lift the spirits of the people as the pandemic rages on.

The booklets went live last month, but they have become the talk of the town after Akiman’s recent tweet above. 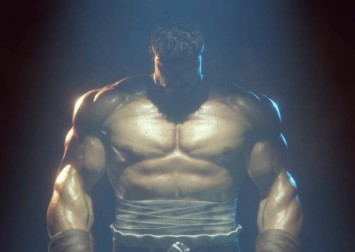 In Japan, prescription notebooks, or okusuri techo in its native language, can be considered an essential item, as individuals are required to bring them along when they go to the pharmacy to get a prescription filled.

There, the pharmacist will note down various details, such as the type of medicine received, the date of prescription, and the pharmacy’s contact details.

Should visitors forget to bring along their booklets, or don’t have an existing one on hand, there will be free copies given out by the pharmacies.

For the most part, they have a pretty standard design, but some may come with soothing images to ease feelings of anxiety, stress, and worry.

With Chun-Li, there’s no need for a sense of calm — just having two visuals of her is enough to inspire assurance that all maladies will be dealt with via a swift, hard-hitting lightning kick.

The popular fighting game franchise will also be getting its sixth entry, with a teaser trailer revealing a bulked-up and bearded Ryu.

No further details on release date and release platforms have been announced, but fans can anticipate a more realistic art style than its predecessor.