SINGAPORE - The Singapore University of Technology and Design (SUTD) is developing a new bachelor degree in design and artificial intelligence (AI).

The announcement was made by Education Minister Ong Ye Kung on Wednesday (July 10) at SUTD'S 10th anniversary celebration.

Aimed to be rolled out next year with an intake of about 50 students, the 3½-year degree programme will focus on the integration of design and AI.

The degree will be the first of its kind in Singapore, according to SUTD president Chong Tow Chong.

"For this digital era, data is going to be the currency. AI and machine learning will be the necessary tools to capitalise on. There will be a new generation of designers that will utilise AI in many ways such as increasing efficiency," said Professor Chong.

For example, a product designer can key in certain parameters into a computer, and the AI will be able to produce a first draft of the product, said Prof Chong.

Besides the addition of the new degree, Mr Ong said the future of SUTD will bring the concept of technology and design to specific sectors to drive further growth and progress. 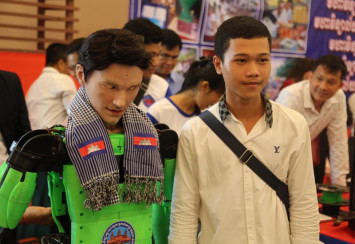 He cited SUTD's partnership with Duke-NUS as an example, where the special track exposes medical students with inter-disciplinary learning through a foundation in engineering or architecture.

"If we examine today and visit Terminal 4 and Jewel, we will notice that these are not just engineering feats but crucibles of innovation."

He added that SUTD is working towards contributing to the development of Terminal 5 by actively test-bedding ideas and creating prototypes.

Since 2015, a total of four batches comprising 1,145 students have graduated.

Around 450 students have enrolled into the institution this year, with 40 per cent of them women.

Despite being only a decade old, SUTD was ranked as the fifth most influential scientific research institution in telecommunications by Clarivate Analytics in 2017.

On an individual level, students have also achieved great heights.

Last year, 94 per cent of SUTD's fresh graduates found employment within six months, while pioneer batch graduate Ken Chua was listed as one of this year's Forbes 30 Under 30 Asia Social Entrepreneurs.

Mr Chua, 28, founded a design agency to work with companies on building inclusive products for people with disabilities.

Together with Grab, they developed in-app features to simplify the ride-hailing process for deaf and visually impaired users.

Founded in 2009, SUTD is the fourth autonomous university in Singapore. 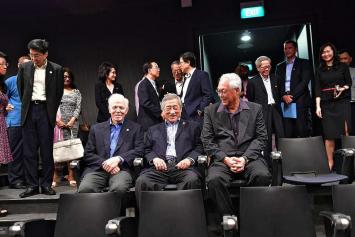 Throughout its development, it has collaborated extensively with the renowned Massachusetts Institute of Technology (MIT), with more than 90 per cent of SUTD's undergraduate curriculum originally developed by the American university.

The educational collaboration with MIT from 2010 to 2017 saw a regular flow of faculty and post-graduate fellows from MIT engaged in co-teaching of subjects with SUTD, as well as exchanges between students from the two institutions.

Mr Zach Ang, a second-year ESD student, said he was drawn to SUTD's hands-on and interactive learning as opposed to traditional universities.

The 22-year-old said: "I don't regret coming to SUTD. Other than having hands-on learning and smaller class sizes, the students are very helpful to each other.

"Sometimes I struggle with coding, and I would be way behind if my friends did not help me."