The realm of video games has ostensibly been about good versus evil, and the need for a hero. Triumphing over the odds and giving players the hero journey provides a good foundation to work off from.

While there have obviously been deviations from that structure, perhaps nothing comes quite close to what Odd Bug Studio is doing with Tails of Iron.

The roleplaying adventure may be well-trodden territory, but the war between rats and frogs is most certainly not.

Ahead of the game’s Sept 17 release, we had the opportunity to preview Tails of Iron alongside Team Producer and Designer Jack Bennett, who shared more on what the studio of six are bringing to the table next month.

Setting the stage for Tails of Iron

Inspired by big hitters like Hollow Knight and Dark Souls, the team set out in 2018 to tell their own story of finding courage and overcoming the odds. Tails of Iron tells the tale of Redgi the rat, the chosen heir to the throne, ready to ascend and lead his people to greatness.

That is, until a sharp spear impales King Rattus the Saviour, with the merciless Frog Clan invading the rat kingdom. With his brothers kidnapped, the heavy burden of saving everyone and making the frogs pay falls to Redgi, something only acheivable by displaying an iron will, thus the name of the game.

The frankly shocking curtain-raiser definitely provides the impetus for players to keep going, and it is enhanced by the other RPG aspects present in Tails of Iron. The brutality of combat is a big part of things, but so is the way the world is set up with its characters, the environments, and the options afforded to players.

Combat in Tails of Iron

Oftentimes, Redgi will be up against foes that are bigger and stronger than him, and it requires a measured approach if you want to be victorious. Studying opponents and learning their attacks will open up windows for players to cause damage, while Redgi is able to dodge, block, parry, and execute charged attacks.

Melee combat is feels on the hefty side, with each action possessing a certain degree of impact. Avoiding attacks and landing a counter is always satisfying, while the gore will appeal to those looking for a visceral experience.

Ranged weapons are also present as well, although we did not manage to try it during the preview. With bows and even firearms coming into the mix, there will be different ways to cater to players of all styles.

While most foes are already a challenge, the bosses will test your mettle even more. The Clubba boss fight in the preview was more about brute strength, but we suspect a lineup of more unique and challenging frog generals to contend with further into the game.

All in all, the skill-based combat seems delicately balanced at the moment, with enough leeway and challenge for some trial and error, but utterly punishing if you are reckless, which is how Odd Bug Studio wants it to be.

A world of adventure

In the quest to restore the kingdom, Redgi will be traversing across the kingdom and visit a variety of locales. From the Crimson Keep to the Frog Village, each region comes with its own local map, filled with quests, secrets, hidden paths, and more.

The 2D style definitely works, with the developers opting for a layered approach when constructing the scenes players will navigate through. It leads to a more immersive and beautiful trek for Redgi and the other creatures of Tails of Iron.

Like any other RPG, the more you explore and the more you accomplish, the better your chances will be in the upcoming battles. Quests can reward valuable gold coins, which can help Redgi obtain new equipment and blueprints for crafting new armour and weapons. Ingredients around the world can also be used to cook up tasty meals that offer permanent health boosts.

Tails of Iron has also purposefully been made without spoken dialogue, with everything in the world communicated via images rather than text. For the team, it is meant to make players pay more attention to what is going on, and be engaged with the story, and it largely works.

And when there is actually spoken word, the adventures of Redgi is being narrated by none other than Doug Cockle, whom you may recognise as Geralt of Rivia himself from The Witcher.

During the course of said adventure, you will also be meeting a cast of helpful characters that could also double up as companions in the war against the frogs. 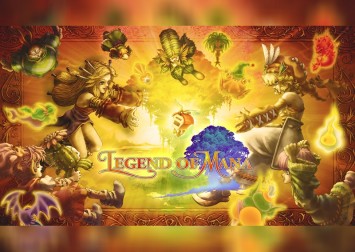 The Chef RemRem will be cooking those delicious meals, Bam Bam the smith will be responsible for crafting your new arms, and the list does not stop there. In fact, many of the rats you meet in the game are based on the real-life pets of the developers, which may provide more motivation for the player to keep them safe.

In order to do that, it will require more than just your skills. The equipment plays a huge part in Tails of Iron, going beyond just damage-dealing capabilities. Weapons function differently, with spears being fast but weaker weapons, while hammers deal the most damage with the slowest speed. Ranged weapons will also have differing rates of fire.

Armour comes in varying weight classes as well, and juggling the weight distribution is critical to determining your attack and dodge speed. The armour pieces also offer their own resistances to enemy types, and mixing things up to be best prepared is important when it comes to surviving in Tails of Iron.

However, it is entirely up to you to decide how you want the combat to be. Quick and agile, or heavy and hard-hitting, the choice is yours.

Even though we had a limited time experiencing Tails of Iron, it is clear that Odd Bug Studio is putting their hearts and souls into Redgi’s adventure. While it may not be a open-world and prolonged RPG adventure, trimming the fat makes it a more palatable experience for those who are not looking for such a committed investment.

By taking the best parts of other genre standouts and adding their own twists to the formula, Tails of Iron looks ready to carve a piece of the RPG pie, and we could not be more excited. Be sure to look out for the game when it launches on Sept 17.