Tech talk: Why tech has to go green, stat!

First, there’s all the hype around the upgrades and benefits the new phone brings over the old one. Then, we have people clamouring over or even queuing (something we haven’t seen since the pandemic hit) for the new phone.

Telcos start handing out good contract deals with upgrading options available – and why not, for people who are already tied in on a two year contract anyway? This whole cycle repeats itself with the next smartphone launch.

So, what happens to your old phone?

Some people give it away to their spouses, kids, or other family members. Others may trade it in for the new model or sell it off on Carousell. Perhaps it might have a permanent place in your drawer, hidden away never to be seen again. Like my iPhone 7 Plus.

This yearly cycle of new tech isn’t just limited to phones, but it’s probably the thing we “upgrade” the most often. New wireless earbuds, new laptops, new TVs – tech manufacturers continuously showcase their latest offerings, and we gobble them up, without thinking about how all this affects Mother Nature.

To put it simply, we’ve become blasé about all the tech we're using now.

When new gadgets are manufactured, that’s when most of its carbon footprint is generated.

From mining and refining the precious metals used, to transporting the goods and assembly, the entire production supply chain to create the device you’re reading this article on has used as much as roughly 968 TWh worth of power since 2007, and about 250 TWh in 2016 alone according to a Greenpeace report.

As a comparison, our total electricity consumption in Singapore was 48.6 TWh in 2016. 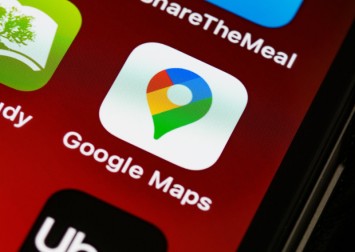 Let’s take a look at mining alone. Gold mining, used to make connectors and wires, is a major contributor to the deforestation of the Peruvian Amazon, plus gold extraction results in toxic substances such as cyanide and mercury seeping into soil and water.

Tin mining in Indonesia’s Bangka and Belitung Islands, where a third of global tin supply used in electronics soldering and in smartphone screens originates from, has destroyed the local coral ecosystem.

Then there is the mining of rare earth elements, fundamental to producing electronic devices especially smartphones. Just extracting these rare earths uses sulphuric and hydrofluoric acids, resulting in the production of so much toxic waste.

Are tech companies doing their part?

To be fair, most tech companies have been very vocal about being environmentally responsible.

Apple has been known to support older devices with the latest iOS for a long time. The oldest iPhone that can use the latest iOS 14.6 is the iPhone 6S.

While’s Apple’s push to remove charging bricks in new iPhones to save the environment is questionable, the company does promise to become completely carbon-neutral throughout its supply chain, including all its products by 2030.

Their internal operations - Apple’s stores, offices, and data centres are operating on 100 per cent renewable energy and are carbon-neutral.

Samsung on the other hand, switched to recycled and sustainably sourced packaging such as recycled/bio-based plastics and paper in 2019, and has a goal to use 500,00 tonnes of recycled plastics and collect 7.5 million tonnes of discarded products by 2030.

The cardboard packaging for Samsung’s 2021 TVs are eco-friendly using less ink and you can convert the box into something useful like a bookshelf. The remotes are solar powered too. Additionally, they have upcycling and recycling programmes in select countries.

Microsoft is already carbon-neutral, but hopes to become carbon negative within the next decade and by 2050, aims to negate all the carbon it has emitted since it was founded back in 1975. The company targets 2030 to be completely zero waste for its direct operations, products, and packaging.

What can we do?

We need to stop thinking of our devices as throwaway items and consider their impact on the Earth we live in.

If your phone works well, is there really a good reason to change it? To be honest, there hasn’t been drastic major upgrades between new smartphone models for a very long time. 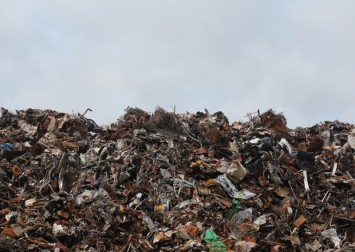 Plus, with more companies continuously supporting older models with new updates, there’s less of a reason to switch to the new model. Where possible, just send it for repair. The same goes for all your electronic devices and appliances.

If your gadget or appliance becomes completely unusable and unrepairable, then instead of hoarding it, consider sending it for recycling. Check out our article on e-waste disposal to learn more about how you can do your part to reduce e-waste in Singapore.

As for my iPhone 7 Plus? It’s still working fine, so I’ve given it a good clean up and passed it to my grandmother to use.