There’s a new Pokemon mobile game in the works

A new Pokemon mobile game is in the works.

Japanese firm DeNA - behind Mario Kart Tour and Super Mario Run - is working on a brand new title based on the popular franchise with The Pokemon Company.

According to TechRadar, DeNa said in an official document: "[We] plan to launch a new and exciting smartphone game this fiscal year based on the globally popular Pokemon franchise in partnership with The Pokemon Company."

Little else is known, but they teased: "More details, such as information about the game and launch timing, will be announced later." 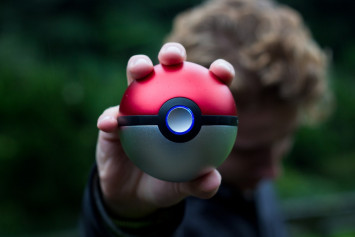 The title looks set to be released early next year.

Not only is Detective Pikachu in cinemas, but there are also two other Pokemon games set to be released in "late 2019".

Nintendo and The Pokemon Company held a special presentation for the popular game franchise earlier this year, during which they revealed the two titles: Pokemon Sword and Pokemon Shield.

They are being released for the company's hybrid Nintendo Switch console and will be the first main games in the franchise to be released for the Switch after spin-off games Let's Go Pikachu and Let's Go Eevee - which were based around the Pokemon Go mobile app - were launched last year.

The new titles seem to represent Generation 8 of the franchise, with the titles taking players to a whole new world named Galar - which looks to be similar in appearance to the UK - with a host of brand new pocket monsters for players to get their hands on.

Only three creatures were unveiled during the presentation, being the three starter Pokemon that players get to choose from at the start of the game.

They are a grass monkey named Grookey, a fire bunny named Scorbunny, and a water lizard, Sobble.

Not much else is given away in the trailer for the games, but it seems mainstays of the franchise such as random Pokemon encounters and trainer battles will remain, as will the recently introduced idea of keeping some older Pokemon in the game, as the trailer sees creatures including Pikachu, Minccino, and Hoothoot, all of which are from different generations.

There's also no exact release date for the games as of yet.