A photoshopped image of Tin Pei Ling making its rounds online has got the MacPherson Member of Parliament (MP) real aggravated, and rightly so.

The youngest MP in Parliament became a target for internet trolls when someone edited a photograph of her Lunar New Year greeting banner into something more, uh, uncouth. She’s trying to get it taken down, but sadly, anything posted online lives forever.

“It is so crass that I would not even put it up here. I do not know who committed such mischief,” she wrote on Facebook. “But it is clear that the person or party behind this has no respect for women.”

Doctored images of politicians are a dime a dozen on the internet, but this one seems particularly puerile.

The picture features her head transplanted on the body of a woman in a rather salacious, skin-revealing cheongsam. In lieu of the original Lunar New Year greeting, the banner’s copy was edited in a parodic call for constituents to vote for the People’s Action Party “for Prosperity and Power”. The doctored image also featured a sarcastic “Enjoy Happy Savings with Government U-SAVE rebates” — something that’s very much a Singaporean boomer thing.

This is the ORIGINAL and actual banner put up in my ward. A similar photo containing a doctored version of the banner...

Having been shared across social media and various messaging apps, it’s widespread enough to reach the MP’s friends and members of the public, who alerted her about it.

“I sincerely urge everyone not to circulate the doctored image to discourage such behaviour,” she wrote, clearly having had her festive mood dampened.

Though folks expressed their support for Tin, some took issue with her usage of the word “party”, leading them to believe that she meant political party (though the word just means a group of people). 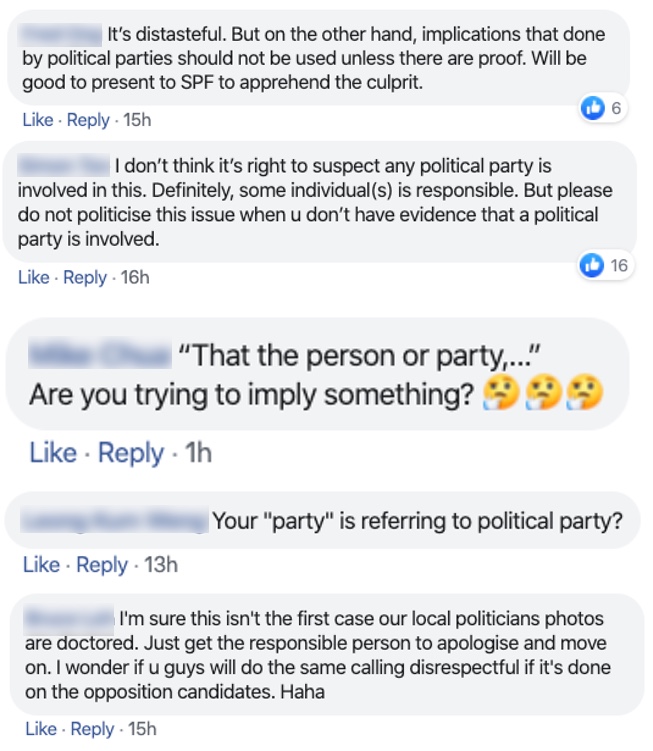