Days ahead of the Iowa Caucuses vote, Rhiannon Payne was on the Bumble dating app -- not to find a partner but to press her case for her candidate, Elizabeth Warren.

Payne, a 28-year-old digital communications consultant, flew from San Francisco with a friend to volunteer for the Warren campaign and the two women came up with the idea while sitting in a hotel room.

"I was tired and bored and looking at Bumble, and I saw all these potential voters, all these guys I was swiping through," she told AFP.

Payne, promoting herself as a "bad b****" for Warren, politely deflected several requests for dates, but said most of the men who contacted her were "polite and receptive," and that the experience was positive for the campaign effort.

The Iowa experience was not the first use of dating apps for political campaigns seeking to reach voters on digital platforms, especially younger adults.

At least two women drew media attention in 2016 for using their Tinder profiles to make pitches for Democrat Bernie Sanders.

Stefanie Duguay, a professor at Canada's Concordia University who has researched "off label" uses of dating apps, said there were signs they could be useful for political campaigns.

"I found that a lot of the time, Tinder's expected use -- dating and hooking up -- informed or complemented their campaigns," she says.

"There would be an element of flirtatiousness or they would draw on users' perception of Tinder as a digital context for intimate exchanges."

Jen Winston, a 31-year-old New Yorker, said she used the premium version of Tinder, allowing her to change her location on the app, to speak with voters in Georgia and North Dakota about candidates in the 2018 election.

The connections led to "in-depth conversations" with several voters and may have helped motivate them, she said.

"I don't find it deceptive because we should all be talking about politics," Winston said. "I was just having conversations the same way I would do on a date." 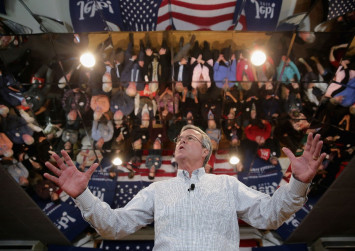 Winston, Payne and others reported being banned for campaigning, but app policies leave some wiggle room.

A Tinder statement said the service encourages "meeting new people and engaging in conversations with people from all walks of life... these conversations often involve political policies, specific candidates, causes and more. We encourage this as long as they remain respectful, human and free from spam."

Bumble also said politics may be acceptable: "Our users are more than welcome to discuss topics that are important to them... (but) if users copy and paste the exact same message to several matches, they're likely to be banned for spam-like behaviour."

Dating apps have grown in popularity in the US in recent years, making them fertile territory to connect with voters.

A recent Pew Research Center report showed 30 per cent of US adults have used an app or dating service -- a figure that grows to half among adults under 30 years old and people who identify as gay, lesbian or bisexual.

New York congressional candidate Suraj Patel in 2018 encouraged supporters to use dating apps such as Tinder, Bumble, Hinge or Grindr to "talk to as many people as possible," in a strategy called "Tinder banking." 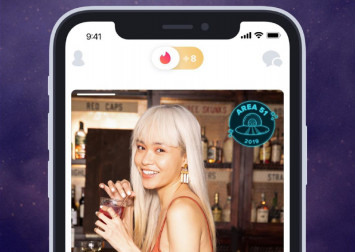 A North Carolina congressional candidate, Patrick Register, used his own Tinder profile as part of his unsuccessful campaign.

"Tell me what you want of a representative," he wrote on his profile. "Tell me your fears, hopes, ideas so we can build a platform for you."

Candidates are always looking for new ways to connect with potential voters, but some strategists say dating apps have only limited potential.

Mark Jablonowski, managing partner at the digital advertising group DSPolitical, said that while it's not clear dating apps are effective, "it's great that campaigns are thinking outside the box."

"Yes, people are spending time on dating apps but it doesn't scale," said Eric Wilson, a digital strategist who works with Republican candidates.

"It's perfect for Iowa where you are working to get commits. I don't think it's an effective strategy beyond that." 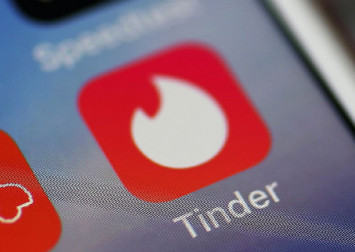 Monaco points out this strategy was already used in 2017 British elections when activists supporting the Labour Party created a Tinder Election bot and persuaded supporters to "lend" their dating app profiles so that the automated programme would send political messages to recipients.

"There is a good deal of deception because you are interacting as a human 95 per cent of the time and then the bot takes over," he said.

"It makes it difficult for bot detection tools to find these accounts."

Monaco said app users should be wary of these kinds of campaigns because they can scoop up sensitive personal data.

"This is a data-rich environment," he said. "If you're gathering data for a political campaign, people on dating apps tell you who they are, where they live, maybe their political affiliation, if they like to go hiking on the weekends. If you're trying to flip a vote, that kind of information can be useful."