Top alternative Nintendo Switch controllers you can snag from Amazon.sg

So you’ve been at it with your shiny new Nintendo Switch for the past few months or weeks. Sure, it has been pretty great with the unique ability to switch between docked and undocked modes within seconds.

However, sometimes, it’s a little too much of a hassle to keep having to remove the Joy-Cons from the Switch itself whenever you want to play in docked mode. Even holding them for extended periods of time could easily cramp up your hands due to their generally unergonomic design.

Thankfully, there are quite a few good alternatives to just the regular Switch Joy-Cons (and certainly much cheaper than the official Nintendo Switch Pro Controller) out there that we can certainly recommend.

Speaking of which, just for comparison, the official Pro Controller retails for about $139 on Amazon.sg, just for a little price benchmarking. Rest assured, all of the alternatives here will cost much, much less.

Depending on your needs (and maybe budget), these will certainly add some much-needed convenience in the form of a proper controller while your Switch is on docked mode.

Also, having one additional controller is always helpful when playing the likes of Super Smash Bros Ultimate, Moving Out or Overcooked with family and friends.

Without further ado, here are our top picks for alternative Nintendo Switch Controllers on Amazon.sg. 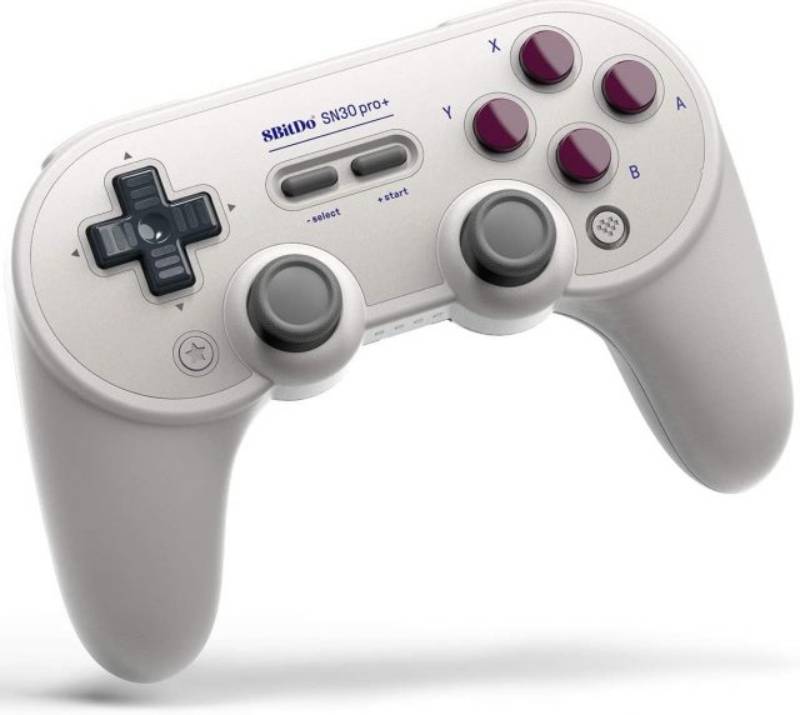 Arguably our favourite controller on the list, the SN30 Pro+ Bluetooth Gamepad from 8bitdo is the closest thing to a definitive replacement for the official Pro Controller, and that says a lot.

The SN30 Pro+ is sort of a past-meets-present in that it resembles a cross between the PS4’s DualShock 4 controller and the classic SNES controller.

Despite its simple design, however, this controller packs quite a lot of utility, perhaps even more so than the Pro Controller but nearly half the price. Aside from the Switch, it is fully compatible with Windows, macOS, and Android.

Additionally, its buttons are remappable if you can hook it up to a PC, has customisable analogue sticks, trigger sensitivity, vibration, and a turbo function that allows you to store macros that are perfect for speeding up those tedious farming days on Animal Crossing: New Horizons, and has a rechargeable battery that lasts about 20 hours in a single charge.

A slight step-down from the SN30 Pro+, the regular SN30 Pro is another great alternative, especially for those who are more inclined to nostalgia as opposed to long-term comfort.

Seeing as this most closely resembles the classic SNES controller, we can imagine many old-school gamers salivating at the prospect of playing games on the Switch with this one.

Aside from the smaller size (and price), it actually sports virtually all of the features present in the SN30 Pro+.

The only downside here is that, since it forgoes the controller handles, its grip comfort may pale in comparison to its successor, but that of course just means that the SN30 is much more portable as a result. At this point, it’s a matter of preference for the player, as both options are solid in their own right.

Alternatively, there is also a wired version of this controller that retails for S$40.87 for the more budget-conscious gamers. 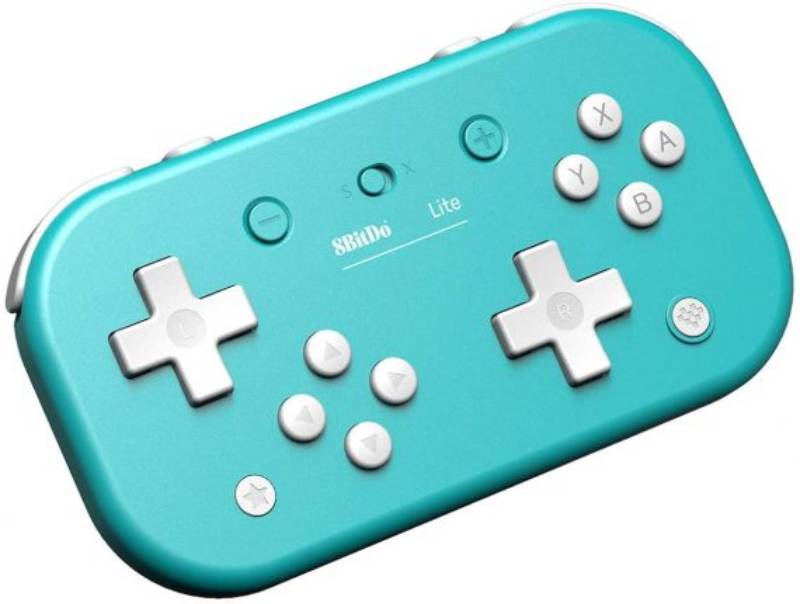 Compared to the other 8bitdo controllers here, this particular model actually more closely resembles two Joy-Cons attached together, due to the layout of the buttons.

The 8bitdo Lite offers a more portable alternative thanks to its wafer-like thinness. Like the two other 8bitdo controllers above, the Lite supports PC, macOS and Android compatibility, and sports a turbo function.

However, one downside (or upside, depending on your preference) is that it has two D-pads (actually three, if you count the four directional buttons) in place of analogue sticks.

This makes it more ideal for fighting game players or retro players who prefer D-pads, but should still work just fine with the likes of Breath of the Wild or Super Mario Odyssey. 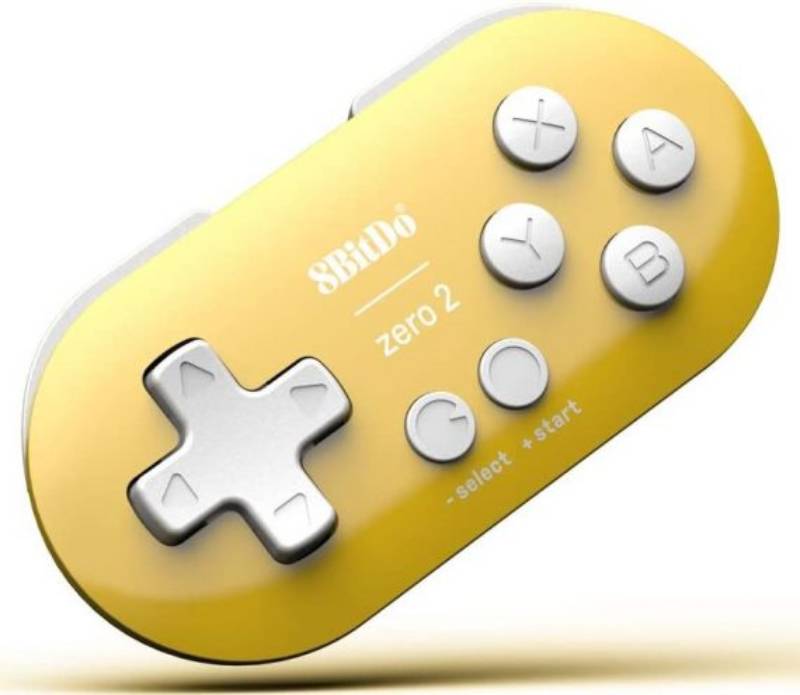 Okay, we promise, we’re done with 8bitdo controllers after this. But with a controller this tiny, how can we not include this on our list?

The 8bitdo Zero 2 is literally the side of your palm (actually, smaller than that), and can function as a great traveling companion, or as an emergency spare controller should you suddenly find yourself lacking in one when hosting a Mario Party session with your friends.

To be fair, unlike the other controllers on this list, the Zero 2 actually only serves an alternative Joy-Con, as it only sports as many buttons as such, but it serves a really great niche purpose for what it’s worth. Plus, it also supports motion controls, which again makes it great for the likes of Mario Party and Mario Kart 8 Deluxe.

Another great Pro Controller lookalike, the Niko Wireless Core Controller offers the closest thing to the official model in terms of ergonomics. Firstly, it’s a full-size controller, which makes it great to hold especially for larger hands.

Additionally, it’s wireless, and comes with up to 20 hours of rechargeable battery life, which is perfect for long sessions on the Switch. It also has a Turbo button that can be programmed to virtually all buttons for some neat convenience.

While it doesn’t have motion control support, it won’t really matter if all the player needs is a decent ergonomic alternative to the Pro Controller.

If you prefer playing on the Switch in docked mode and don’t see yourself taking it out too much, then perhaps going wired might be the way to go here, and the HORIPAD wired controller might just be what you’re looking for.

It may lack a Rumble function and motion control, but it makes up for it with a turbo button, and the lack of a need to constantly put it down and charge it. 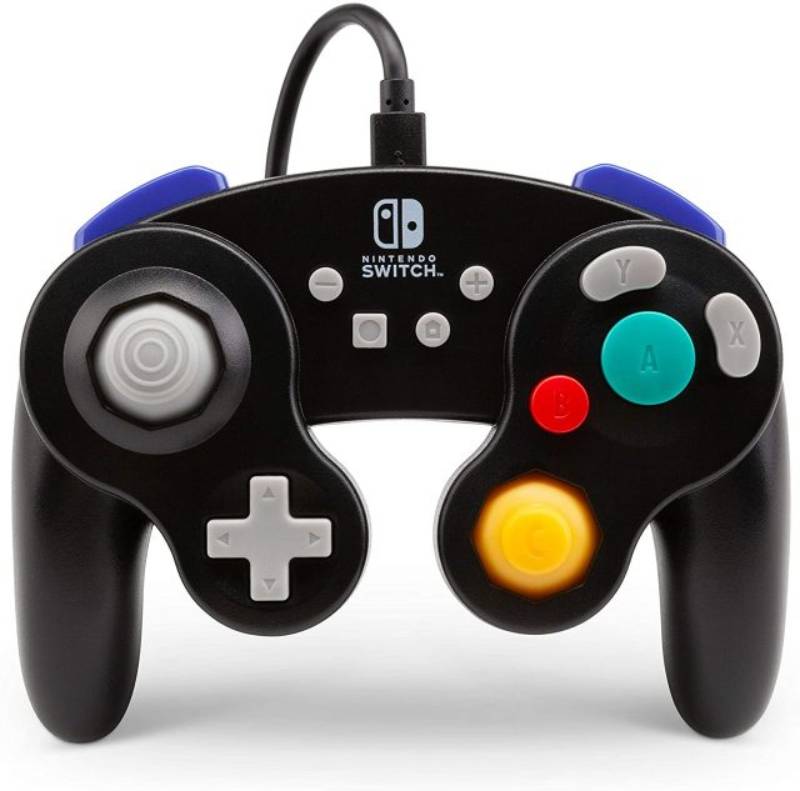 Aside from the SN30 controller, PowerA’s GameCube Wired Controller is another one for the old school peeps, especially those of the Super Smash Bros. fandom. One could say there is no better way to play Smash than using a GameCube controller, and this alternative option offers just that.

Unlike its wired counterparts, this controller is as simple as it gets — just plug it in via the Switch dock’s USB input, and you’re good to go. Of course, while this will remain a favourite to play Smash with, this controller is still very much compatible with other Switch titles.

So far, these are our top picks for alternate controllers for the Nintendo Switch.

Of course, you can certainly opt for the official Pro Controller if you’re skeptical about the connectivity and longevity of these other devices, but from our general experience, they have worked just fine, and will continue to remain as part of our arsenal for the long run.