BENGALURU - What are a few hours playing videogames and a handful of tweets worth? $1 million (S$1.4 million) if you are Tyler Blevins, known to millions as "Ninja," the world's most-followed computer gamer.

Blevins was one of a few select professionals with huge followings pulled in by videogame giant Electronic Arts Inc to play and promote its latest title, "Apex Legends," in the first hours of the launch last month, generating a buzz that notched 10 million signups in the first three days.

The 27-year-old, famous for his hair colour changes - currently a bright, turquoise hue - tweeted about the free-to-play game early on Feb. 5 and streamed the action to his more than 13 million followers on game-streaming site Twitch. For this he was paid around $1 million, a source told Reuters.

The amount underlines the increasingly cut-throat fight for dominance of the free-to-play battle royale genre that, through Epic Games' global smash hit "Fortnite", has pushed major publishers like Electronic Arts to change how they do business. 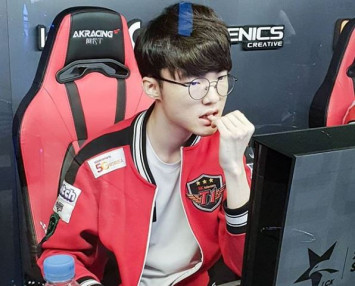 Representatives for EA and Ninja declined to comment on how much he had been paid, but the amount named by the source is more than twice media reports of Ninja's monthly earnings from streaming his regular appearances on Fortnite and way above what was speculated on a number of internet discussion boards.

"They did a fairly comprehensive job at pulling together all of the relevant game influencers in this genre," said Kevin Knocke, a vice president at esports infrastructure firm ReKTGlobal.

"This was a really well coordinated poaching of the top influencers the likes of which has not been seen so far in esports," he said, suggesting that EA had also roped in streamers better-known for playing other blockbusters like "Call of Duty" or "PUBG".

The Ninja deal also points to the growing possibilities for teenagers who grow up hooked in their bedrooms on the industry's big titles, as well as a shift in promotional strategy, with the use of popular gamers replacing expensive TV ad campaigns.

EA's stock price and market value rose 16 per cent, or $4 billion, in the three days after Apex Legends launched and a month later the game has 50 million users, a quarter of Fortnite's 200 million.

"We really wanted to create a day where you couldn't escape Apex if you cared about games and we wanted it to feel like an event was happening everywhere around the globe on that day," Drew McCoy, lead producer at the EA studio that created Apex Legends, said in an interview.

"We had streamers from all over Europe, LatAm, North America, Korea, Japan so that we could get our message out there and people would see the game," he said.

Joost van Dreunen, co-founder of Nielsen-owned gaming research firm SuperData, estimated that in 2018 Fortnite raked in $2.4 billion in revenue, more than any other single title.

If each user registered so far bought the most basic Apex Coin package, with which kids and teenagers can buy character skins and other upgrades, EA would take in $500 million. Analysts' estimates hover around that figure in revenue annually.

Ninja, who reportedly plays Fortnite for 12 hours a day from his basement studio outside Chicago, has been one of many to benefit from its massive success.

He has streamed himself playing alongside major celebrities like rappers Drake and Travis Scott, has sponsorship deals with Red Bull and Uber Eats, and often appears on Instagram and Twitter alongside football players Neymar Jr and Harry Kane.