Microsoft on Wednesday (Oct 2) unveiled new Surface tablet devices with twin-screens that open like books, including a notepad-sized version that will put it back in the smartphone game next year.

Surface Duo was touted as the first device in the lineup to fit into a pants pocket, with two "paper-thin" 5.6-inch screens that unfold.

Described as a "new category" of the device, Duo can make telephone calls and run applications designed for Google-backed Android mobile software, which powers most of the world's smartphones.

"You are going to talk about it as a phone, and I get that," Microsoft chief product officer Panos Panay said at a Surface event in New York of Duo, which will be available late next year.

"You can text; you can write; you can do what you want, make no mistake this product is a Surface."

The Duo and a separate foldable Neo tablet came as a surprise at a New York event where the tech titan unveiled its latest lineup of Surface computing devices.

Microsoft years earlier surrendered the smartphone market to operating systems from Apple and Google after its own line of Windows-powered handsets failed to gain traction.

While it has been emphasizing its cloud computing and other business services, Microsoft still draws considerable revenue from Windows, the software that powers the vast majority of PCs.

Smartphones and tablets tuned to Microsoft's subscription-based, cloud-hosted applications work into the company's successful shift away from relying on packaged software. 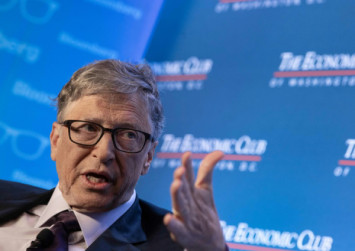 Microsoft has achieved strong growth from its cloud services and revenues from its Xbox gaming business, Bing search, Surface tablets and PCs, as well as the professional social network LinkedIn acquired in 2016.

As its Windows mobile phone business struggled to gain traction, Microsoft acquired the device business of Finland-based Nokia in 2014 for some US$7.2 billion (S$10 billion) as part of a reboot effort.

But that failed and Microsoft eventually threw in the towel on its Windows mobile operating system which failed to get a foothold in the sector dominated by Apple's iOS and Google's Android.

"I believe the third time's a charm for Microsoft and smartphones as conditions for a Surface smartphone's success have turned in favour of the company," said analyst Patrick Moorhead of Moor Insights & Strategy.

"The timing is right, too, as it'll take a new and radical foldable design to wake buyers from their 'good enough' slumber."

Microsoft argued that building on the Android mobile operating system provides a good foundation for Duo and can help replace larger devices such as tablets and laptops in many cases.

"We wanted to build experiences that span all devices in our lives," Microsoft chief executive Satya Nadella said at the Surface event.

At the event on Wednesday, the US technology titan unveiled a Neo dual-screen, foldable version of its full Surface tablet, which like the Duo will be released late next year.

Microsoft also unveiled new Surface laptops and earbuds to hit the market in time for the year-end holiday shopping season this year.

"All in all, this was a huge event for Microsoft with new form factors, new use cases, and processor choices," Moorhead said.