Very sad witnesses did nothing: Uncle Roger on racist attack

Nigel Ng was left with a bleeding lip and gums after being punched in the face in London.

But what happened to the London-based funnyman was no laughing matter.

Ng, 29, was walking home on Oct 30 at 3pm when a Caucasian man on a bicycle cycled towards him, jumped off it and rushed towards him.

The man punched Ng in the face, telling him, "You know what you did." 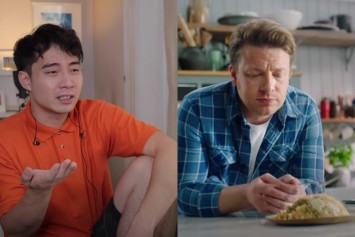 The series of online engagements is organised by Gushcloud Entertainment and National Youth Council (NYC).

It aims to help young people of various backgrounds who wish to continue growing, developing and upskilling to chart their own paths and become more "future-driven".

Ng shared industry insights and skills on how he built his career in comedy while still working as a data scientist - a stable job for him to fall back on if comedy did not work out. He also encouraged attendees to be receptive to feedback but told them not let it discourage them.

Ng, who has been living in London for five years, told The New Paper of the unfortunate incident in a Zoom interview after his session.

"It is very rare that I see any sort of racism. People have been nice," he said.

It was the first time he had ever experienced such an attack, which left him with a bleeding lip and gums.

Ng, who made a police report but did not seek medical attention as his injuries were not that severe, believed it was a racist hate crime related to Covid-19.

"There were two witnesses but nobody did anything, which was very sad. The man realised there were people around so he cycled away. 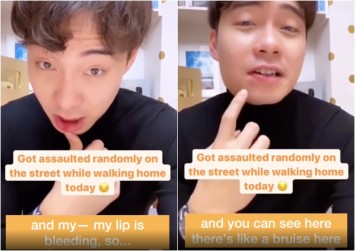 "Even now, I'm very cautious when I walk home, and I try to always be alert," added Ng, who is considering moving to a different area in London.

When asked what he hopes young people will take away from his session at Shine Now 2020, Ng said: "It's possible for you to go after a dream. You need to take calculated risks.

"There is always a way. You don't need to have rich parents or a lot of money to pursue something you like."