The logo for Douyin.

Douyin, a popular video-sharing platform, has been fined for spreading vulgar and pornographic content, the National Office for the Fight Against Pornography and Illegal Publications announced on Friday (Jan 8).

The decision was made after investigations showed that some anchors on Douyin displayed behaviors like flirting, sexual suggestiveness, smoking and using obscenities during webcast, the office said in a post on its official micro-blog account.

The probe also showed that the real-time comments, known as "bullet chat", in some livestreaming rooms of Douyin contained vulgar content.

In addition, the games designed by some included contents related with violence and terrorism, it said. 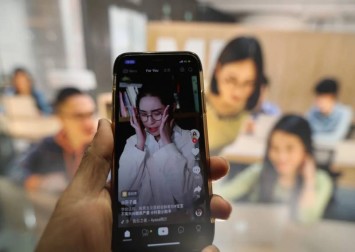 Douyin was fined and ordered to correct its illegal behaviors, strengthen content management and block pornographic content, it added.

The exact amount of the fine was not disclosed.

The office said in 2020, it received more than 900 tips against Douyin, complaining that pornographic and vulgar information was spread on the platform.

The office said laws in any country would not allow using people's evil deeds to attract attention on the internet. Given that there are millions of internet users, the spread of such content could have a very bad influence.

Strengthening content management on large internet companies is conducive for the development of the companies, the establishment of a standard network transmission order and the creation of a good environment of competition, the office said.